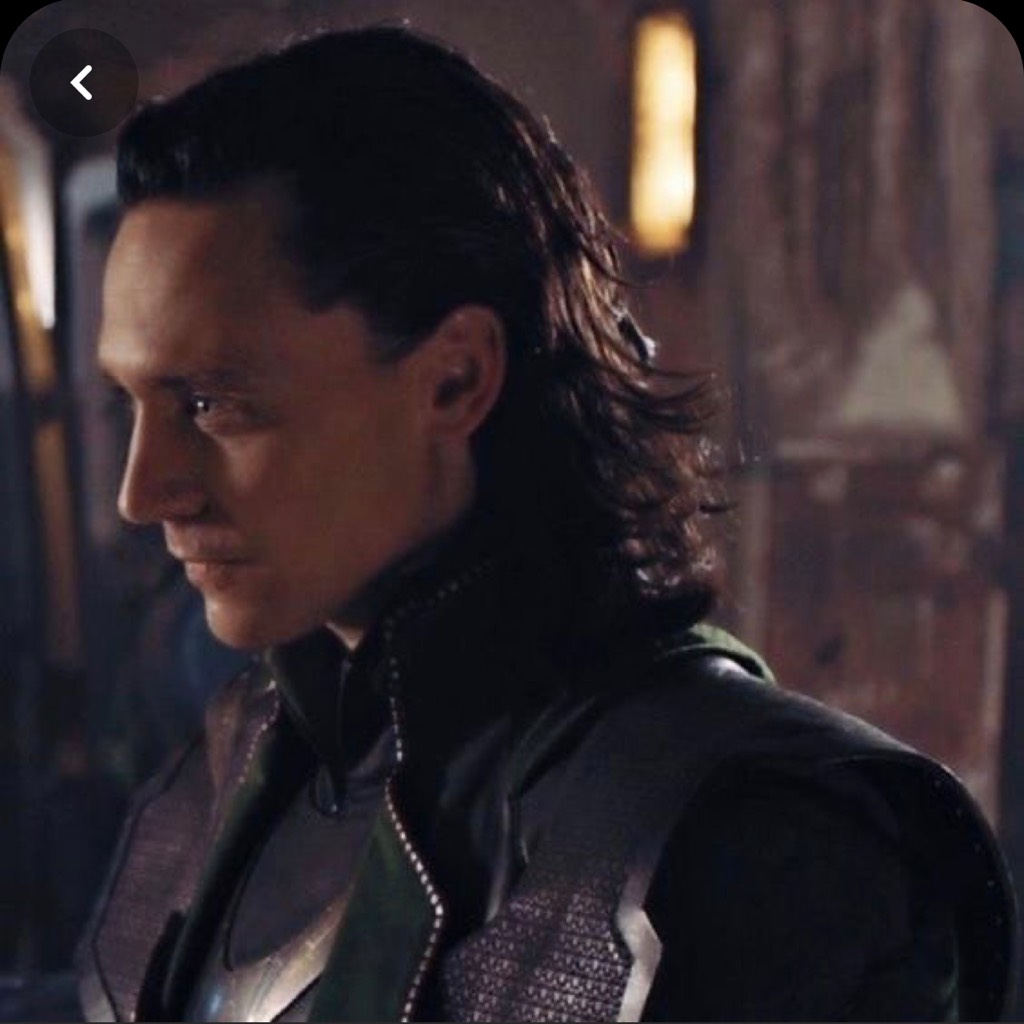 lochness8 I post avenger fanfics and HP fanfics
Autoplay OFF   •   a year ago
Transcript Use Images
This is my favorite chapter so far!! Hope you enjoy! Feel free to leave your comments below!!
fanfiction loki-tony stark-avengers-marvel-fan fiction

Please read chapters in order, that is the way they were written and how the plot flows Thank you! On with the story ->

Narrators POV * “So if you’re not a shield agent what are you?” Tony pests sitting beside Amora. “Not a shield agent.” She smirk playing hard to get. “Is he saying anything?” Furry asks over the PA.

“Not a word.” Nat responds. Loki stared at Amora every now and then but she avoided his gaze. Amora felt Steve and Tony notice but was grateful that they didn’t say anything. Tony walks over towards Cap and they speak in below a whisper. “I don’t like it.” Steve says.

“What? Rock of Ages giving up so easily.” Tony remarks. “I don’t remembering it being that easy.” Steve adds. “This guy packs a wallop.” “Still you’re pretty spry for an old man. What’s your thing Pilates?” Tony asks. Steve raises a brow. “What?”

“You might’ve missed a couple things, doing time as a Capsicle.” Tony says. “Furry didn’t tell me he was calling you in.” Steve bites back. “Furry doesn’t tell you a lot of things.” Tony says. Thunder and lightning shake the jet causing Amora to grab the arm rest. “Where is this coming from?” Nat questions.

Loki looks up at the sky realization hitting his face. “What’s wrong? Scared of a little lightning?” Steve snaps. “I’m not overly fond of what follows.” Loki says. The jet shakes from impact from something above the jet causing Amora to fall on the floor, Tony quickly helps her up. He puts her in a seat and grabs his helmet opening the hatch.

Suddenly Thor lands inside shoving his hammer at Tony who falls backwards at Amora’s feet. “Need help?” Amora smilies. “No I’m good.” Tony groans. Thor grabs Loki and flies off with him. “Another Asgardian?!” Nat yells from the pilot seat. “He’s a friendly?” Steve questions. Tony picks up his helmet. “Doesn’t matter.” He barks.

“If he frees Loki or kills him the Tesseract is lost.” Tony yells walking towards the end of the jet. “Stark! We need a plan of attack!” Steve says grabbing his shield. “I have a plan. Attack.” And with that Tony flies out the jet. “What a team.” Amora claps sarcastically. Steve sighs and grabs a parachute.

“I’d sit this one out Cap, they’re gods I can handle them.” Amora says. “I don’t think I can sit this one out.” Steve says grabbing his shield. “Well...I warned you.” She says teleporting to Thor and Loki. * “Where’s the Tesseract!” Thor yells.

Amora stands guard behind Thor keeping a look out for Stark. “I missed you too.” Loki laughs. “Do I look to be in a gaming mood?!” Thor yells. Loki laughs and stands up. Thor grabs Loki by the neck forcefully. “I thought you died!” He says. Amora walks behind Loki and slaps cuffs on his hand.

He jolts in surprise and meets her beautiful brown eyes. The ones he longed for. “You, I was wondering when you were going to show your face to me again.” Loki smirks. “Do not look at her, you’ve hurt her enough.” Thor says protectively blocking Loki from Amora. Loki laughs. “Did you mourn.” Loki spits.

“We all did, father-“ “Your father.” Loki says raising his finger. “What is he talking about Thor?” Amora asks waking closer. Loki smirks. “You didn’t tell her?” Thor keeps his mouth shut regret filling his eyes.

“He did tell you about my true parentage did he not?” Loki asks walking away. “We were raised together. We fought together, you remember none of that?” Thor asks his voice cracking. “I remember a shadow.” Loki says bitterly. His eyes meet Amora’s , he knew She understood what he meant.

“I remember you tossing me into an abyss!” Loki yells. Amora’s eyes widen and glares at Thor. “Thor what is he talking about.” Amora ask grabbing his arm. Thor takes her hand and pushes her gently aside. “Don’t touch her.” Loki spits venomously. Thor darts towards Loki violently. “Where is the Tesseract?!” Thor yells impatiently.

“I don’t have it.” Loki says. Amora could tell he was telling the truth. “He’s not lying Thor.” Amora speaks walking towards the two brothers. Loki tries to meet her eyes but she doesn’t meet his. “He’s lying Amora he’s gotten you caught in his web of lies.” Thor says. He pulls Loki close, “Listen well brother-“

Stark flies into Thor crashing in a nearby ditch. “I’m listening.” Loki states. He turns to meet Amora who shifts uncomfortably. “You look ravishing.” Loki begins walking closer. Amora looks at him. “Thank you.” She says quietly. Loki smirks he opens his mouth to say something but is interrupted by Stark.

He watches as she runs down towards Tony and Thor. Thor throws his hammer at Tony knocking him down. Amora jumps in front of Tony blocking him from Thor. “STOP RIGHT NOW!” She yells. Thor freezes, Tony lies there as if he’s unconscious. “If anyone kills anyone I will personally break your hammer and trash your suits.” She says to the both of them.

“Pretty lady has s-spoken.” Tony stutters wincing from pain. “In the jet, everybody, let’s go!” She says walking away. “Why did I agree to this.” She mutters sitting in the jet, it was going to be a long day.

End Of Chapter 11 Hope you enjoyed it! This is my favorite chapter, I loved writing it!! Portraying Tony’s character was so fun! Later :)