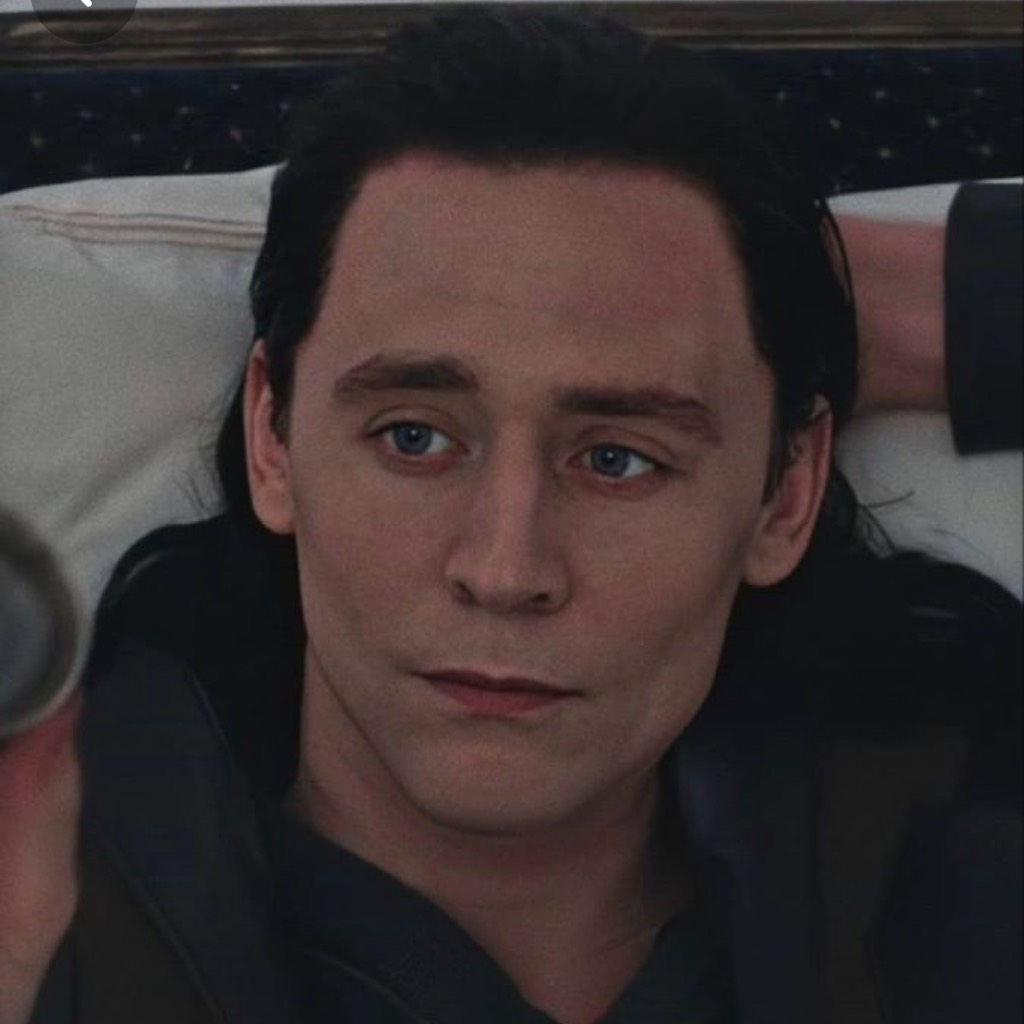 lochness8 I post avenger fanfics and HP fanfics
Autoplay OFF   •   a year ago
Transcript Use Images
Sarcastic genius, billionaire, playboy philanthropist Tony Stark makes his appearance in this chapter! As does Loki...
fanfiction loki-tony stark-avengers-fan fiction

Please read the chapters of this fan fiction in order, that is the way they are written and the way the story is Thank you! On with the story->

5 Days Later Amora Aurelia’s POV * “Amora this is Dr Banner, he also agreed to help.” Furry says. My eyes fall on a brunette man who fiddled with his glasses nervously, his dark eyes met mine.

“I wasn’t given a choice.” He says. “Me either.” I say shaking his hand. “Oh good I thought it was just me.” He remarks stepping back. “Steve Rogers.” A tall blonde man with blue eyes says warmly. I shake his hand. “Amora Aurelia. Were you also forced into this?” I ask smirking. “No surprisingly.” He states.

I could now realize why Furry chose us specifically, a green rage monster, American super hero and a Russian assassin. It made sense. “Sir we got eyes on Loki!” An agent yells from across the room. The four of us follow Furry towards the main screen.

“Yep that’s definitely Loki.” Nat says. He looked different, he was taller and his hair was longer. “Well he isn’t exactly hiding Director.” Agent Hill says hacking into the security system. “Any location?” Furry asks walking back to his station. “Germany.” Bruce says looking up from a computer.

“You have five minutes to suit up, we have jet-45 fired up for you. Banner your lab is set up down the hall.” Furry dismisses.

I walk towards my dorm and pull out an all black form fitted suit Clint had bought me. I tied my boots and ran up the flight of stairs that lead to the roof. Steve was waiting by the jet in a red, white and blue suit and matching shield. Nat was inside piloting. Steve held the door for me and sat across from me. “Never thought I’d be back in this suit.” Steve says.

Never thought I would be on a mission to arrest my ex boyfriend. “Sorry that we cut your retirement short.” Nat laughs. Steve sighs dramatically making me laugh. “Looks like he’s in some sort of gala?” Steve asks showing me his screen. Loki was wearing a suit but held his scepter close to him. “Security is down on all fours.” Furry says through the control system.

“Barton’s present.” Hill adds. “Why did they choose Germany of all places? Isn’t it a bit out of place?” I ask. “It seems as if he’s after something specific.” Nat says bringing the jet to a halt. Nat switched the control panel hacking into the German cameras. Loki was standing there in his horned helmet, green, golden and black armor.

He held a glowing scepter in his hand pointing it towards a large crowd. “Why are there so many of them?” Steve asks confused. “Illusions.” I say immediately. Nat gives me a look. “I think.” I added quickly. “KNEEL!” Loki yells pointing his scepter violently at an older man.

“Loki stand down.” Nat yells in the PA system. She aims the jet gun at Loki but he doesn’t seem to care. The crowd runs in different directions while Loki slashes at Steve. “Looks like Steve’s going to need backup get ready.” Nat says. I start grabbing knives and a gun. Loki gains on Steve, Steve kicks Loki back but he recovers punching Steve to the ground.

“Miss me Agent Romanoff?” A voice says, suddenly loud rock music plays. “Stark.” Nat mutters annoyed. “Who?” I ask. Suddenly a red and golden blur flashes by the jet landing next to Steve, he blasts Loki who forcefully falls on the steps. Loki groans in pain. The red and golden man lands in front of Loki who was sprawled across the stone steps.

“Make your move Reindeer Games.” He speaks. Loki reluctantly raises his arms in surrender. “Good move.” The man says. “Stark.” Steve says shaking his hand. “Cap.” “Nat we’ve got him.” Steve says from his ear piece. Nat lowers the jet and opens the hatch. I felt anxiety rush through my chest, I was nervous to face him again, especially on these terms.

“Nice jet.” The man says. He takes his armored red and gold suit off, he had dark eyes and hair. He saw me and smiled taking his hand out. “I didn’t know Shield hired beautiful agents.” He says smirking. “I’m not an agent.” I say shooting his attempt down. “Makes sense.” He says.

“Who are you?” I inquire. He puts his hand to his chest dramatically. “I’m Tony Stark, genius, billionaire, playboy philanthropist?” He says. “Doesn’t ring a bell.” I say sitting down. I look up and meet Loki’s blue eyes sending chills up my body, his face was expressionless but his gaze was piercing.

He didn’t take his eyes off of me making me uncomfortable.

Steve shoved him into a seat breaking his gaze. He looked sick, his skin was paler than normal, his hair greasy, his body weak and his eyes lifeless. I always remembered his eyes being green not blue?

End Of Chapter 10 Hope you liked it! Please comment your thoughts below I enjoy hearing what you guys have to say! Later