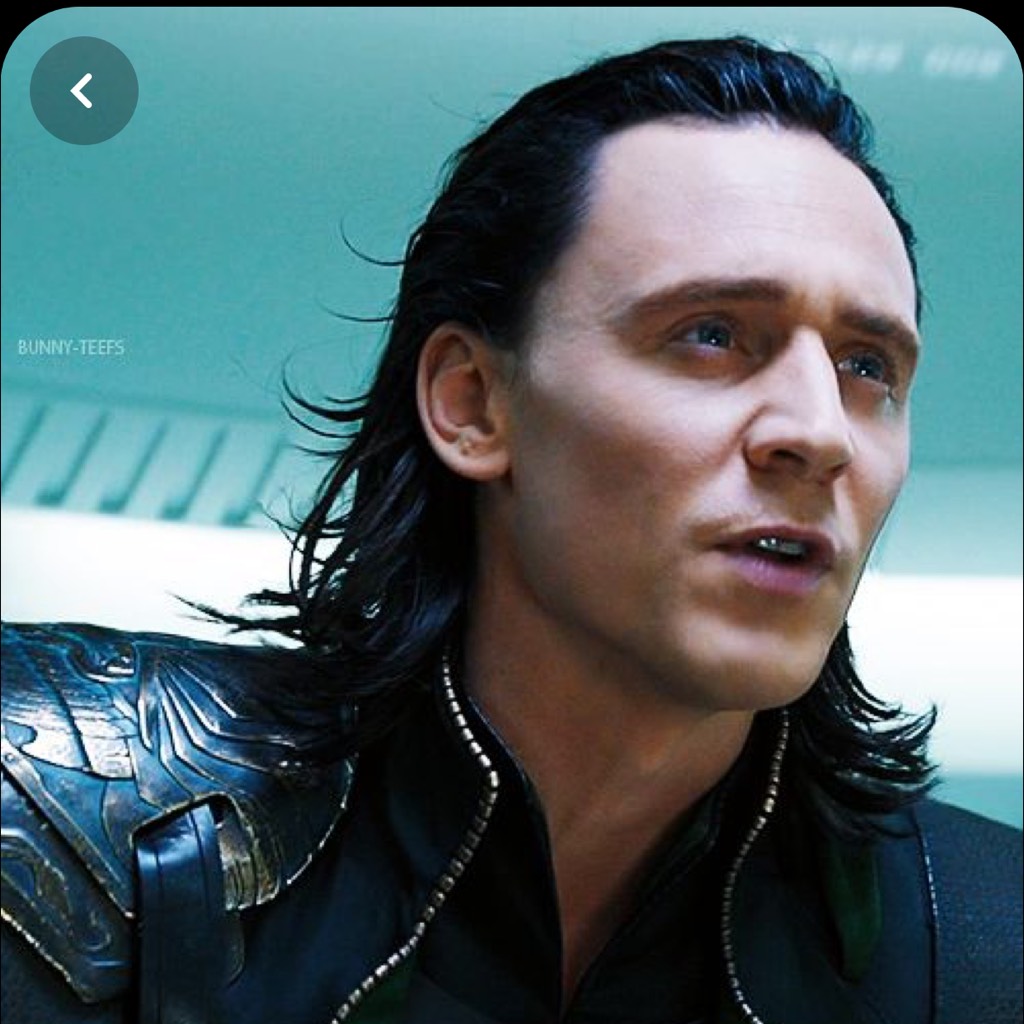 *Everly’s POV* I wake up slowly. My eyes flutter softly. I look around I’m in a small room in a bed. I feel someone breathing and I see Loki sleeping next to me. I scream inside my head and fall off the bed.

This wakes Loki up and he looks on the floor to where I was. He’s shirtless. Ew. “Don’t judge the way I sleep mortal.” He spats.

I roll my eyes and remember Steve and the Avengers. I slowly get up and run to the door. It’s locked. Uhm.

“How stupid do you think I am?” Loki says getting up. “Very.” I spat. He takes out his knife and draws it against my cheek. “It will be deeper next time.” He warns.

“What happened to the Avengers? Where are we?” I ask questions falling out of my mouth. “None of your concern. We’re in London. You’ve been asleep for two weeks. You were knocked out from my teleportation.” He says.

I notice an ugly fresh scar on his abs. He notices my eyes and smirks. I can’t believe I was asleep for two weeks. My stomach grumbles.

“Now I would trust you to stay here when I go grocery shopping but since your a suicidal person and take any chance you have at taking your life, you will be coming with me. And I swear if you take any chance of running away. You’ll wish you were never born.” He says

After it’s done I hand it to him to annoy him. He flinches when he sees it and makes it vanish. I smile knowing I disgusted him.

He hands me a grey sweater with black jeans and some under clothes. “Change.” He orders. “Where is the bathroom?” I ask.

“After what you did that day with the chains I don’t trust you out of my sight.” He says turning around. He turns his back to me and I quickly change.

Ok.” I say stuttering. With a flick of his wrist he changes into a black collared shirt with a black coat and black dress pants. He’s wearing black dress shoes. He tosses me a gray coat and some boots too.

“Can we eat something on the way?” I ask. “You just had an apple.” “That’s not a meal.” I say trying to be annoying. He rolls his eyes and mutters pathetic mortal.

Loki unlocks the door and puts on dark glasses. We walk into the cold London breeze. The next thing he does is unexpected. He slips his cold hand into mine. I jump out of my skin and Loki chuckles.

“Don’t get too comfortable mortal. I’m merely doing this to stay away from the suspicions of civilians and your dear friends the Avengers.” He says with a devilish smirk.

I feel myself wanting to vomit. I look around me trying to memorize the streets so if I ever get a chance I can contact the Avengers and tell them where I am. “Don’t follow that thought Little Everly.” Loki mocks.

“You don’t control me.” I say. Loki walks into a dark alley and pins me to the wall.

“Now listen up darling. You do what I ask. The Avengers aren’t coming to get you. You’re staying with me. Do I need to repeat anything to your thick head.” Loki retorts.

I kick him in the gut and he groans in pain. He slaps my face and I feel tears coming out. He grabs my jaw his face is dangerously close to mine.

You listen well pathetic mortal. You kneel right now to me and apologize for your actions. If you act out one more time you lose food privileges for a whole month and mr knife will be paying your face more continuous visits!” He whispers angrily.

I squirm in his grip but he’s towering me. “KNEEL!” He whisper yells. He drops his grip on me and I fall on my knees.

“Much much better pet.” He says. He wipes my tears with his cold hand. Then he grabs my hand guiding me into the busy streets of London.

I look around but there are no police anywhere. I hope Loki’s not reading my thoughts. Loki walks to the nearest grocery store and walks in. I’m filled with the smell of vegetables and Clorox.

Loki grabs a basket. He picks up loads of different fruits, water, alcohol, soda, bread, jam and some other foods. I don’t pay attention.

When we get in line the grocer doesn’t seem the least suspicious at us. My hopes fall. “I never liked hopes. They really damage us when they don’t come true.” Loki says smiling devilishly.

I don’t show any emotion bc I know he wants a reaction. We walk out and Loki holds the bags. He walks into another store, this time it’s a clothing store. My stomach grumbles.

“Don’t worry pet, we will get you food soon enough.” He says with fake kindness.

“This is a test.” He says turning me to face him. “I’m letting you buy clothes of your choice. You come back here in 10 minutes. If you fail to, let’s just say I wouldn’t mind making a scene here with mr knife.” He says whispering in my ear.

His lips touch my ear with every word wanting me to vomit. “I’ll be back.” I say. “We will see about that.” Loki says leaning against the wall, he keeps his eyes on me the whole time.

I go into the women’s area buying underclothes. I buy 10 items assuming he has a washing machine in the apartment. I buy the most expensive sweat shirts to bother him.

I buy 5 black, blue, green and grey sweatshirts with sweatpants and I buy a couple t shirts and jeans. I meet back with him and he smiles.

“Look who listened to her master.” He smiles mischievously. He looks at what I chose and buys it.

He takes my hand once again making me wanting to vomit. My stomach grumbles. “Now darling I’m going to take u to eat.” He says walking into a fancy restaurant. He gets a table that seats two. Making me want to vomit more.

He even pulls the chair out for me. “Don’t think for one second that I’ll act like this for now on.” He says looking at the menu. A pudgy waiter comes in asking what we would like to drink.

“Vodka for me and for the little lady a coke.” Loki says reading my mind. Loki stares at me for a second.

“1 steak with asparagus on the side and for the little lady a Cesar salad and mashed potatoes on the side.” He says reading my mind. The waiter leaves us.

“Bc you make me feel inferior. And it’s rude.” I spat. “I don’t care what you think. Stupid girl.” He says not taking his eyes off me.

“I’m a prince and a king you know.” He says. “If your life was so good then why did you come here?” I ask eating my salad.

“Bc I wanted to rule this pathetic planet and make it great.” He says as if it’s no big deal.

End Of Chapter 5 Authors Note: Please don’t hesitate to comment, I really want to know your thoughts on my writing.

Also, if you have any requests on fan fictions I should write, let me know :). I will update everyday, sometimes twice a day, or if I’m really busy, every other day.