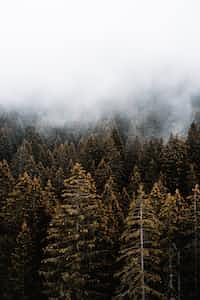 littlxwild1 writing keeps me alive
Autoplay OFF   •   9 months ago
Transcript Use Images
A calm and sunny afternoon soon became a stormy and cloudy one.

Something along the way gives out: wearing the pair of shoes in the wrong foot or tripping in the middle of the street because of a stupid little tiny rock.

This time, however, it was something that flipped Sally's day upside down completely.

He laid there, soundly asleep, at their shared bathroom. At exactly 10p.

m, two human bodies rested on the mattress, an invisible division in the middle of them as they said goodbye to the day and welcomed the dream world.

This division, though, didn't exist a few months ago; in which instead of a longing wall between the couple, there were cuddles and warm embraces during day and night.

But things change, they always do.

It's only a matter of time.

For Sally, it specifically changed during a calm Saturday afternoon, when her family paid her and her husband a visit on their new house to wish them a good life together.

It was a simply tradition of her family that they had come to terms with.

As David, her husband, made the guests some company, Sally decided to switch her flowery dress to a swim suit, since everyone had agreed to a pool day.

Upon reaching their bedroom, the woman realised her phone was about to die and quickly moved to look for her portable charger.

Her sister was going to call anytime now and she didn't want to miss it, it's been a long time since they spoke with each other.

She found her charger. Inside the socks drawer of her husband. Sighing, she started to do a quick matching up with the pairs that were wrong.

Not less then five minutes everything was neatly done. That's when Sally saw a white envelope under the socks and curiosity did its dirty work.

Inside the paper were pictures of herself walking in the streets or getting out of work on a normal day. Confusion was the first expression she made upon seeing the photos.

Why would her husband have pictures of her? Then, she brushed it off. Maybe he's trying to make a surprise?

The rest of the papers fell from her lap and she quickly moved to crouch down and pick it up to put it in its previous spot. Until something caught her eye.

Something along the way gives out: you could spill coffee in your white blouse on your way to work, or you could find an entire file about you, detailing everything you did and does,

and your financial situation. Under your husband's socks.

Sally stared blankly at the piece of information, turning pages to find an explanation for all that to be there.

Including a picture of her inside a restaurant dining with her mother, and a red circle marking her along with the saying "this is her."

A calm and sunny afternoon soon became a stormy and cloudy one.

During a few months, she begun to investigate with the help of her family's lawyer. Finding out that David was hired to take her down and keep her inheritance.

Which he almost succeed on doing, given that they both signed a document declaring that he would also be in charge of Sally's money and she would be responsible for his,

as soon as they got married.

Things had escalate fast after she found out. The difference was that there were two of them pretending, and not only one. But that soon went downhill, because David figured it out too.

Then, a heated fight became a dangerous chasing and ended up with a body to burry. His body.

"He fell down the stairs, isn't that unfortunate?"

A year passed. Sally moved on focusing on her work, but still not being able to trust easily on anyone. How many Davids could be out there right now?

She wished she never asked.

Because, as Sally walked home, in the moment she turned on a street to get to her recently bought apartment, her eyes caught something she never thought she'd see ever again. Body frozen.

He was there, right in front of her, smiling and sending chills down her spine, once again.

It's an understatement when Sally stumbled back and started running. Without looking back.

What if she was losing her mind?

What if it really was him?

But how could it be if David was burried six feet down with a funeral?

Oh, but she would never know.

Because, as she ran in the middle of a busy traffic avenue, a car collided right into her side, sending Sally to her last breath.

But what if someone was watching in the sidelines with a twisted but satisfied grin on their face, just waiting for an unfortunate accident to happen?