Commaful
Side by Side 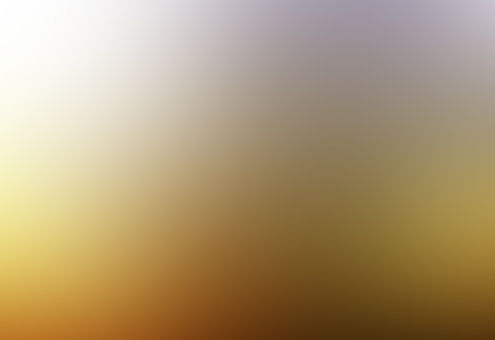 little_wintry Welcome to my dumpster of deleted scenes
Autoplay OFF   •   a year ago
Transcript Use Images
More deleted scenes from my WIP. Names have been changed to avoid any reveals.
fiction lgbt lovelgbt+lovelesbianswip shenanginsjust realized i forgot to post

Katlyn stirred slowly, gracefully arching her back and blinking a few times against the light coming in through the window. At first, she stilled - this wasn't her room.

Then, as the memories of the night before came flooding back, she smiled.

Josephine had brought her in. The two had fallen asleep in each other's arms, with Josephine pressed to Katlyn's chest, listening to her heartbeat.

Katlyn tilted her head to one side and smiled.

Josephine was still asleep. She was curled up in a ball, her lips parted, her hair spilling out behind her in waves.

Katlyn reached out, sure to be careful as to not wake her.

Even in sleep, Josephine's lips twitched with a smile, and her body relaxed. She made a soft, content hum, further relaxing to Katlyn's touch.

Eventually, when her eyes fluttered open, she looked like she was still half asleep. She smiled dreamily at Katlyn.

"Morning," Katlyn said. There was a brief bit of hesitation as she untangled her hand from Josephine's hair, before Josephine gently grabbed her wrist.

Katlyn couldn't help but smile. Here, laying side by side, every one of Josephine's boundaries was down. Her walls had crumbled just enough to let Katlyn inside.

With a soft purr, Josephine inched closer to Katlyn, her eyes fluttering shut.

Josephine hummed in response. "It's a little hard to stay awake like this." She exhaled slowly, gently slipping back into sleep. "When you're so gentle."

Though Katlyn wanted nothing more than to stay like this, she knew it was probably about nine in the morning, and they should both already be up. "Josie, c'mon," Katlyn said. "We gotta get up."

Except it did. In her sleep, Josephine had pressed herself into Katlyn, both of their bodies intertwined, and Katlyn knew she wouldn't be able to move without waking Josephine.

She managed to only make Josephine mumble something, before Katlyn began to get dressed.

At some point, Josephine turned over to face Katlyn, trying to rub the sleep from her eyes. She murmured something under her breath, before extending both of her arms.

"Cuddle." She said. Then, a smirk played across her lips. "That's a direct order from your Queen."

Katlyn smiled back, bending down to give her a kiss on the forehead. "You're awfully selfish for a monarch."

Josephine hummed in response. "I'd be selfish for you any day."

Katlyn continued to change, and she could feel Josephine watching her. When she craned her head to look back, Josesphine's eyes were half-closed, scanning every inch of Katlyn.

She caught Katlyn's eyes and blushed, quickly averting her eyes and burying herself in her pillow.

Katlyn didn't say a word. She loved when Josephine would do the little things like that - as they talked, her eyes drifted down towards Katlyn's lips, or when they sat next to each other, she made sure their thighs were touching.

There was something adorable about it, like it was Josephine's own secret little language, to let Katlyn know she wanted her.

Of course, they were taking it slow. Katlyn didn't mind. But god, in those little moments, she was so tempted.

As Katlyn finished dressing, she knelt down to give Josephine one last kiss, before closing the door behind her, making her way to the main dining hall.

Anne, Peter, and Victor were already there, diving into their breakfast.

Katlyn almost blushed - normally, Josephine was the one with that nickname. Katlyn nodded. "Yup. Like a rock."

Anne raised an eyebrow. "And our 'esteemed majesty'?"

"Still asleep. I tried to wake her, but she wasn't having any of it."

Anne snorted, taking a sip of her coffee. "She's almost as bad as you. God forbid either of you live on your own, because I'm pretty sure you'd both sleep 'til noon."

Katlyn bit into her scrambled eggs. "You're probably right."

There was the soft sound of footsteps as Josephine came in, her hair neatly brushed and pulled back into a ponytail. She gave a tired smile.

"'Morning, everyone," She said, sitting down next to Katlyn.

"Good morning, 'your majesty'," Peter said in a snobby accent.

Josephine rolled her eyes. "That's your second strike for getting sent to the dungeons." Her mouth twitched with a smirk.

Katlyn felt a gentle tap on her foot, before just managing to catch Josephine's smile.

Katlyn was about to return the gesture when Victor cleared his throat. "So, what's on the agenda for today?"

Josephine sighed, her brow tightening in concern. "Probably more rebuilding, to be honest. Anne, I want you to keep sending out transmissions and get in touch with the city. Lila's welcome to send Paladins up here to help."

Anne nodded. "I take it you and the boys are gonna handle all the debris?"

"Me and Victor got it on lock," Peter said. "But where should we start?"

"Just work your way out," Josephine said. "You can divide it up however you want. Our first priority is probably housing and some small buildings for businesses. The castle is largely intact, and we'll be fine."

Katlyn turned towards Josephine. "How about we head to the castle library? Do some reading and catching up on history?"

The idea of spending the whole day with Katlyn in the massive library made her heart flutter. "Sounds amazing."

Josephine nodded. "And this time, I'm not cooking."