Commaful
Confessions of a Teenage Girl - 4 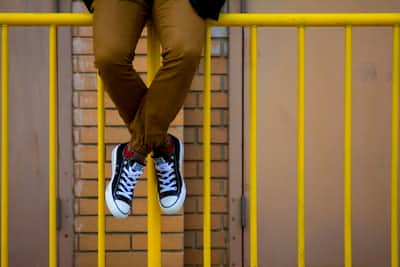 lillianquinn i write to release feelings
Autoplay OFF   •   5 years ago
Transcript Use Images
Confessions of a Teenage Girl is a series of notes that a girl is writing to different boys that she's had feelings for in the past. This is the fourth note.
feelings yabc1boysnotescrushmemoriesfeelingsregretgirl

Confessions of a Teenage Girl - 4

for a long time.

i couldn't believe you'd do that.

i trusted you, but you just turned out to be a desperate little boy, looking for attention from any girl who would give it to you.

you were probably the worst.

because you were different.

you were the closest i'd ever come to having a relationship with someone, but once again you were dating someone else.

except this time, it wasn't just me having a crush on someone who was untouchable.

you were into me, and i liked the attention you gave me.

but you just used me.

the same way you used all the other girls.

i claimed i liked staying out of drama, but in all actuality, who really does?

i sent you pictures of cleavage.

yet i still did it.

i did it because i felt like if i stopped, you wouldn't talk to me anymore.

but that was before i found out about the other girls.

claire, lizzy, tess, and i already knew how you felt about emma.

i had felt special for once in my life, but that feeling quickly dissipated once i knew i was just another picture to you, Darren.

i couldn't feel anything but disgusted when i found out you told all your friends, too.

all of our "private" conversations.

everything i never wanted anyone else to find out out because i'd be embarrassed.

but you didn't care about me.

you only cared about yourself.

when i asked you to delete the pictures i sent you, you told me you did.

i believed you, too.

you saved them and you know it, and i know it too.

i deleted you from my contacts, i erased your birthday from my calendar, and i tried to forget every memory of you in my brain.

you made me sick, but i still loved the attention.

and part of me still wanted it, too.

after everything you did.

i still cared about you.

for your own sake.

i just want you to know that i've chalked it up to mistakes made by a little boy, and a lonely girl, and i forgive you.

- the girl who decided to forgive you