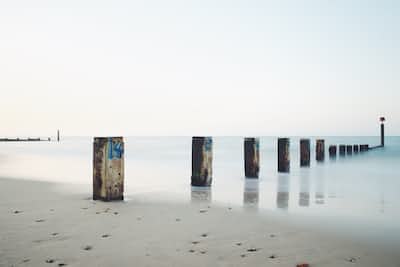 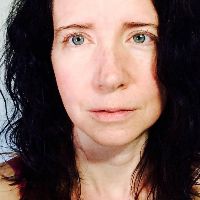 leilaskidmore Creative. Sensitive. Introvert. Dreamer.
Autoplay OFF   •   3 years ago
Transcript
Love is a cycle, and has rhythm like the tides. www.highlysensitiveintrovert.
feelings beach

One pebble, warm in the sun.

Cold green water splashes. Waves come in a rhythm. The drops fade quickly from the heat, leaving a salty shadow on the pebble. He picks it up. He looks. The shadow is reflective of his mood.

One crying gull, wheeling in the sky.

Feathers ruffling in the wind. Soaring, fast paced, white and black against bright blue. Eyes scanning the ocean below, searching. She watches the gull, envious of his freedom in this moment.

One shell, half buried in the sand.

Swirling pastel grooves. It's emptiness echos the ocean's roar. She reaches for it, and so does he. Their hands touch. His eyes seek hers. Reluctantly, she meets his gaze.

One tide pool, protected from the waves.

Grey rock walls form a sanctuary. It is a mini-ocean. Calm, even during a storm. He reaches for her cheek. Gently grazes it with his salt stained thumb. Her walls crumble. "I'm sorry" he said.

One smooth green beach glass, glimmering in the light.

Rainbow reflections glinting. A well-worn source creating new kaleidoscope sparkles. "Me too" she says & smiles. She slips her hand in his. Both light now that the weight of the wall is gone.

One tide returning to shore while two hearts find joy.

Waves crash, churning. Creating sea foam as they meet the shore. Creating peace as they retreat. He squeezes her hand. She leans against him, watching the sea. Intertwined again. Content.