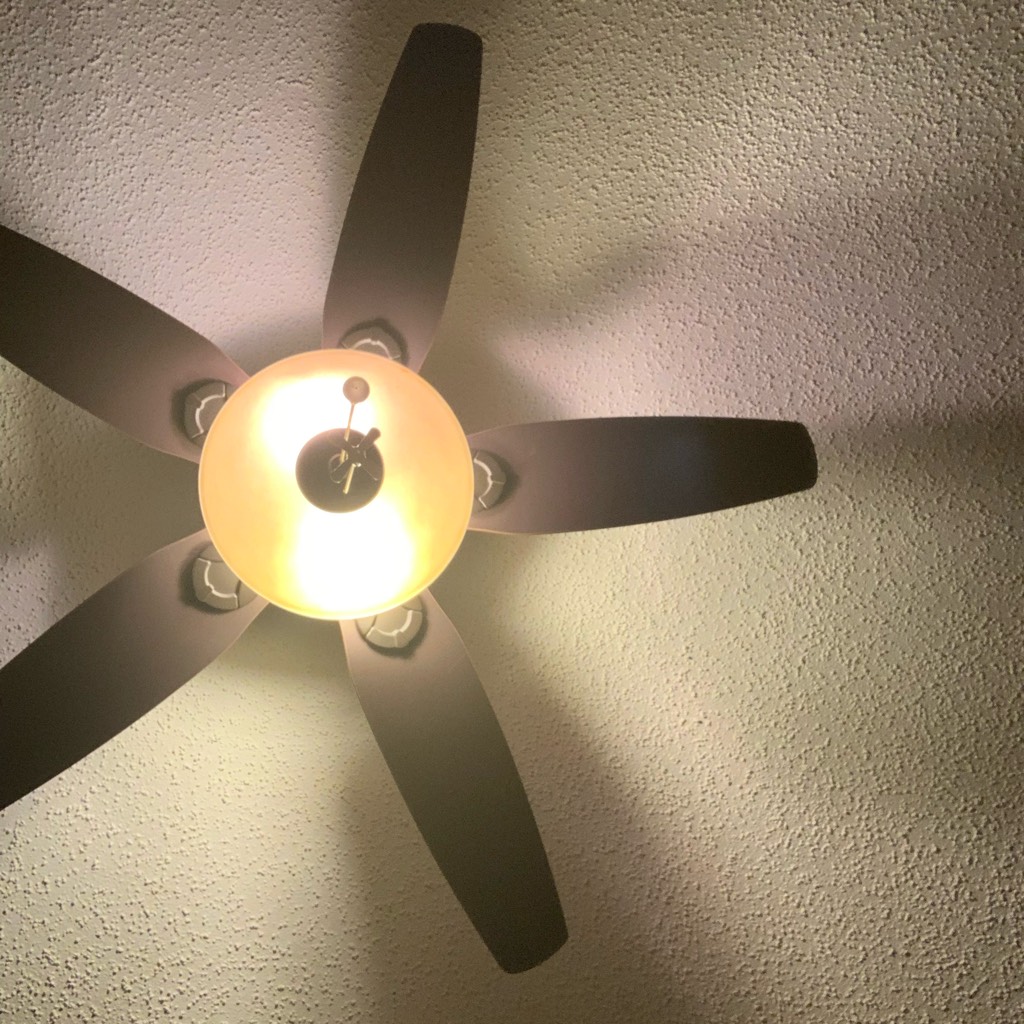 laceyrose Remebering then writing
Autoplay OFF   •   5 months ago
Transcript
Melanie, Elizabeth and Nancy. 3 girls in college enjoying studying books and boys. Until Elizabeth dream awakens darkness now their destiny is all of a sudden opening up. In a time of meeting new people how will they know who trust
fiction lovesupernaturalsuper naturalromancesistersfriendshipfriend-shipcollgedarknessdark ness most romantic black girl magic storiesmost romantic supernatural stories

Watching the vision, a second time was even worse because I had my thoughts plus theirs to. Nance was scared all she was focused on us dying.

So, focus it caused her to make the whole room depressed.

"Stop that N we need to focus we can't be sad" demanded Liza. She was focused and scared. She was thinking about how she could stop this. How she needed more information.

"I have been working on that vision and the monk his"

"N could you focus the dude in my blast wearing robes. His name is Cornivus Levi" started Liza.

"How did you find that out?" asked Nance.

"Could you save all stupid irrelevant questions to the end?" snapped Liza.

"Liza no need to be mean" I interjected

"So, he has all the information we need."

"Cornivus was apart of a secret society pledge to keep the world balanced when one of the people die, they have a successor and all the information magically goes to them.

"They die at the age twenty-five" I asked

"So, say the legend. But this is hearsay because it is secret society"

"So, do you know where to find this society and what it has to do with us?"

"Egypt" she said like it was an obvious answer.

"How are we going to get to there?"

"Im working on it...I think I have an idea who this other girl is... you remember the girl from my seminar class and M, I think she was in you English class we need to have a talk with her.

" Now that Liza mention it, I think it might be that girl she is always in yellow and it could so be her. She is always by herself when she not with her abusive boyfriend.

Some clarity definitely brightens up my anxiety.

is following her. Liza keeps working on the Egypt thing we need to get there soon."

"We need to learn to focus. Mediation is perfect and I have been taking these yoga classes. You guys should come it really helps you focus your energy you would love it N." Liza said

"I'm so there" said Nance. They both looked at me. Yoga. I gave them a dramatic roll of my eyes.

"Yeah. Sure. I am down for anything that will stop my vision". For then on our room became a mediation room with candles and incents and relaxing music that drove me crazy.

I wanted to strangle Liza. She was obsessing over "maximizing our abilities".

It was a constant montage of school, homework, gift exercise, yoga, jumping back in memories, meditation, forcing visions, yoga, meditation, and repeat for a month straight.

In addition, Liza had joined a kick boxing class which she was trying to force on me.

When I went to argue with her about going overboard, she would counter argue that we should just stop and die; let my vision come true.

Then I would feel my anger go down, I'd turn to look and Nance. They were annoying. I would just like to feel my own emotions, I left the room. I got downstairs and realized I forgot my phone.

I debated running back up to get it and getting in argument I decided it wasn't worth it. I walked without a designation. I was focusing on the future.

Not my future but the girl from English class. I needed to know where we could meet her up at. I didn't need all the extra help to maximize my gift.

It was second nature to me I could do it if I can remember. I didn't need to train or meditate, I just needed to be free, and I need space to breathe.

Walking, while looking at the clouds I bump into Rory.

"Melanie! Are you feeling better?" he asked me.

"Better than the last time you saw me" I gave a weak smile. Honestly, I didn't know if I was better, I wasn't sick, but I felt caged which is just as bad.

Although the way his accent caressed my name it made things better.

"What are you doing here?" he questioned. I looked around and I didn't recognize where "here" was.

"Where is "here"?" he laughed at me like he always did. It made me melt. There was definitely something about him that was extraordinary,

"This is place where you can be free and get away from everything. It's called the lotus. I found it a while back I come here when things start to become unclear. You want to come in.

You are underage but I can get you in" he persuaded. I looked at the building it was big and dark. The door was steel.

I didn't sense anything, but I was never good a sensing things, that's what I had Nance for. I shrugged.

"Why not?" I said. Some excitement is just what I needed. They walked through the doors. It was big. The bar was made of steel and its metal railings. Two stages and a nice size dance floor.

To the side was area with steel tables and dark leather booths and tables with silver highchairs. It was so dark on the inside you wouldn't think it was twelve in the afternoon.

I was underdressed I suddenly felt self conscious. Rory grabbed my hand and whispered in my ear that I was beautiful. Had he read my mind?

"Let's dance" he took my hand and pulled me to the dance floor. I let the music flow through me. I let it engulf me and take away all the stress and the anger and the annoyance.

He pierced through me with his emerald eyes never leaving my bronze ones. We swayed in sync; he led me in a seductive trance. I counter every move he threw at me.

Every molecule in me was alert to him, reacted to him in a way I have never felt before not even with Jackson. A couple songs went by and I had to stop.

I was out of breath and sweating I yelled into Rory's ear "I need a break".

We walked to the one of the booths as I sat down, he leaned in close to me ear "I will get us drinks" his lips grazed by cheek as he pulled back.

He looked me in the eyes and gave a charming smile before he left for the bar. Was he flirting with me? I knew he was attracted to me, but he had never been so forward about it.

He came back with the two drinks. I took a sip it was refreshing and calming. It rejuvenated my soul I took a gulp. I felt serene.

"It is delicious! What is it?"

"You know the house special? How often do you come here?" I giggled. I don't know why I felt so giddy.

"I sort of work here my uncle owns it"

"So, this is where you bring all the girls you try to impress. This place is intoxicating"

"You, Melanie, are intoxicating" he whispered as he traced my cheek. I felt a deep shiver through my body. I looked down at my drink my glass was empty.

"Can I have another?"

"Can I have a kiss?" He said but it didn't seem like a question he leaned in slowly and kissed the edge of my mouth. Then looked at me in the eyes and came in for a kiss on my lips.

Jackson! I decide it was time to go. "I need to go Rory" he stopped right before he reaches my lips. I saw a flash of dark anger in his eyes, he wasn't happy.

"You must come back. Tomorrow is jazz night!"

"I won't let you go until you promise"

"Till tomorrow alainn" he whispered then kissed my cheek. I half smile and walked away.

When I stepped outside it was as dark as it was inside, it had to be like one in the morning. I didn't think I had been gone that long. I wasn't sure I knew how to get home.

I wasn't sure which way I came. I just started walking then I heard very loud worried thoughts. I just thought they were Liza, but I didn't recognize the tone. I ran to help who ever it was.

I followed the voice down a dark street with no street signs that I recognize. Then I made a left into an alley with one light. There was no one in sight; I was sure this was voice came from.

Then out of nowhere the girl from class appeared and then she was gone as quickly as she came. The light blew out and then a different voice came in Melanie's head.

It was low and chilling; the words crept slowly across her mind like a snake, "I can feel your presence. I'm coming for you all.

" then she took off running she found Liza worried thoughts and followed them to her. She was like a block from the school. Liza handed me my phone and didn't say anything.

Her thoughts said it all. She was yelling at me like my mother used to do.

How could you be so irresponsible? Do you know what could have happen to you out all by yourself with not a single way to call for help?

I wasn't in any rush to hear it. It was probably something similar to what Liza was thinking.

An hour later she had finally stopped. She was sitting on her bed and mediating. I thought I'd try some to; the voice in my head scared me.

I felt so violated; I imagine that rape felt something akin to it. I never had someone enter my head; that was a rare treat I saved for everyone else, but I never left a dark trail.

The voice was truly evil. She was starting to think Liza might be right about there being bad people and maybe if these monks truly exist, we are the force that is supposed to stop them.