Commaful
vfk you need to play it 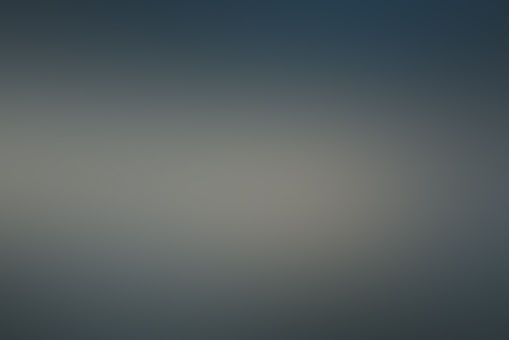 klrussell89 queen of princess and the frog disneyfan
Autoplay OFF   •   16 days ago
Transcript
Welcome to the VFK Merfolk Enchantment Epic Quest, Day 7! This is the last day of your epic quest for merfolk enchantment! Get ready to head out on your last quest for Merfolk Enchantment.
sheet

vfk you need to play it

This is the last day of your epic quest for merfolk enchantment! Get ready to head out on your last quest for Merfolk Enchantment.

The history of Merfolk is ancient and well founded and references to them are consistently present in our history over time, right alongside dragons and fairies.

Over thousands of years from our earliest recorded history, people have told tales of merfolk. In our quest today, we will explore the history of merfolk and their undersea rulers.

Your reward for completing this last stage of this Epic Quest will be 1,000 credits and your Merfolk Enchantment Pin!

Released: September 13, 2008 Mroom 13 1 of 2 rooms randomly given for completing the Quest for Merfolk Enchantment Day 7

Released: September 13, 2008 Mroom 12 1 of 2 rooms randomly given for completing the Quest for Merfolk Enchantment Day 7

1. From as long ago as 7000 years, the Babylonians had a merman as a deity. His name was Ea and later the Greeks called him Oannes.

He was said to be a god of the sea with his upper body resembling a man and his lower body that of a fish.

He was considered to be wise and taught important information about arts and sciences and spoke to the people in the language they understood. The Sumarian version of the merman is:

2. The earliest recorded mermaid was the Syrian goddess Atargatis. She fell in love with a shepherd and for her punishment she was transformed into a mermaid.

This Syrian goddess was said to have asked Zeus to display a representation of her cherished fishes and he created the constellation Pisces for her.

Go to Ned Kelly's Hideout and ask "I wonder if this is a good place to go fishing?"

Because the cities of the ancient Greeks edged the Mediterranean Sea, they were naturally very connected to the ocean in all aspects of their culture,

and thus developed a large number of sea gods. The Greek counterpart of the Babylonian gods, Poseidon reigned as god of the sea and chief patron of Corinth, and other Grecian cities.

Poseidon was also considered to have the legendary underwater lost city of Atlantis under his dominion. Before Poseidon was designated as a sea god, what had he been known to be?

4. One primary "category" of sea gods are essentially "old men of the sea." There are several well known gods of this type named Nereus, Glaucus, Proteus and Phorkys who all had powers.

They were known to be able to transform themselves into another shape or "shape-shift." They possessed the power of prophecy and they fathered frightening monsters or lovely nymphs.

Some of the names were associated more with one ability than another, but they blur together.

Go to the Audubon's Wildlife Adventure game room the dark forest and say "I can see the future, and you will be a wolf!"

5. The ocean at once provides prosperity through ships bringing trade and through harvesting of its bounty; and danger with its immensely powerful storms and waves.

One way of meeting the challenge presented by the omnipresent ocean was to develop superior skills as seamen and craftsmen.

A mythological race of gods called Telchines were said to be linked with Atlantis and were superior craftsmen and magicians.

They were said to be charged with the upbringing of two Greek deities. One version said they brought up Zeus, another version says they raised:

6. The Telchines were said to be such skilled craftsmen that they made the legendary ceremonial and magical weapon, Poseidon's trident.

Poseidon does not appear as a merman, however, his descendents do. One of his sons, Triton was a Merman sea god who blew on a conch shell trumpet to cause waves to form, or calm the seas.

Triton lived with his parents deep in the sea in a golden palace. Go to the King Arthur's Round Table room and say "I am looking for the gold palace!"

7. The Roman god of the sea, Neptune, did not appear as a merman himself, but fathered mermen and mermaids.

Neptunes legend is derived from the mythology of a group of people know as Etruscans who were absorbed into the Roman culture and also from the legend of Poseidon.

This god was originally the god of wells, which expanded to all water and included the ocean. What is the name of the Etruscan deity?

8. Neptune, the Roman god of the