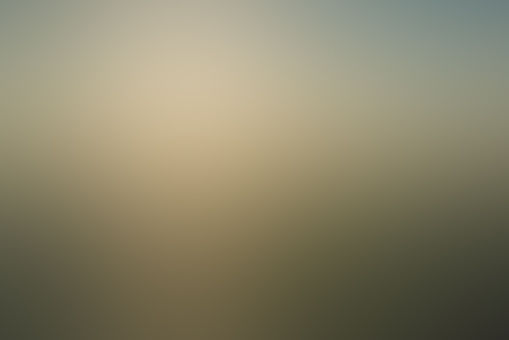 DISCLAIMER: I do not own BNHA Enjoy

Kyoka raced through a dark alleyway, away from the dim glow of the street lamps on the main road. Her pursuers heavy footsteps pounded against the rugged tarmac. She winced as the sound penetrated her sensitive ears. "Come 'ere girly" the burly man sneered, short bursts of flame shooting from his hands.

Kyoka smirked, 'a quirk user' she thought, they were always more fun in a fight. "Give me the money 'n no one will get hurt" he snarled, eyes narrowing dangerously as he watched the short girl tuck the said money into her pocket. "Come and get it" she taunted.

A sudden noise from above made her turn her gaze upward in time for a muscular man to come flying towards her. She nimbly stepped aside, causing the man to come crashing to the ground. "Give us the money you stupid bitch!" the first man yelled, racing toward her, hands outstretched.

Kyoka dodged his attack, a burst of flames missing her by a centimetre as she leaped, landing gracefully on all fours. She scrambled to her feet as the ground began to shake beneath her, tall pillars of earth shot up from the ground, controlled easily by the man that had jumped from the roof.

She was thrown into the air by a thick column of earth and quickly blasted with fire. Immense heat seared across her face, burning her cheek as she was thrown against a wall by the force of the fire-mans punch. She jumped to her feet, swiftly plugging the earphone Jack's that hung from her ears into the speakers built into her boots.

Both men were sent flying as the sheer force of the sound smashed against them. The man with the fire quirk smashed his head off the brick wall behind him. He slid to the ground, blood trickling from his brow, 'One down, one to go' Kyoka thought, hearing that the first man was out cold.

The earth guy groaned as he got up from the pile of bins where he had landed. "Shinobu, no!" he cried looking at the unconscious man. He turned his cold gaze to Kyoka who was still poised in a practised fighting stance. "You'll regret that" he growled, blue eyes flashing as he wiped the thin trail of blood from the corner of his mouth. "Oh will I?" Kyoka teased.

She had fought people way worse than him growing up on the streets and she knew she'd be able to handle him. The man roared, using his quirk to raised hundreds of pointed shards of earth. He sent them shooting towards her with a clumsily thrust of his hands. Kyoka shattered them with another powerful blast of her heartbeat. She wiped the sweat from her brow, panting heavily as blood seeped from the burn that marked her face.

The man took advantage of that moment, sending another shard of rock towards her. It sliced her cheek, making her gasp in pain. She sent out more sound, sending him careering backwards, the blast was slightly weaker as she grew weaker.

She shook her head, clenching her hands into tight fists as she unplugged her earphone jacks. They shot towards the man. She used them as whips, attacking the man fiercely. A sudden light lit up the alley, momentarily blinding the young teenager and forcing her to shield her eyes.

"Kenji? Shinobu?". A group of ragged-looking people stood at the alley entrance. Kanji smiled "Koji, Kai, Tetsu and Usagi, am I glad to see you! This punk stole our money". "Oh did she know?" The man with the torch questioned. The light flickered off and two women stepped out in front of him. "I'm Usagi.

I take salt from my sweat and turn it solid" the taller of the two growled, running forward gathering the salt from her sweat. "I'd say it's a pleasure to meet you, but that would be a lie" Kyoka retorted, plugging her earphone jacks into the wall, making it explode and send a shower of rubble and smoke between her and her attacker.

She heard angry muttering from the other side of the smoke. "Stupid brat! Tetsu, get her!". A hole opened up in front of Kyoka and the shorter woman sprang out of it. "Unlike Usagi I don't like to brag but my quirk is Sinkhole. Now die!" with that statement Tetsu opened a hole beneath Kyoka, sending her plummeting into darkness.

She looked upon horror as the hole above her was sealed shut. Fighting panic as the walls began to tighten around her Kyoka plugged her earphone into the earth causing another explosion. She shielded her head as debris flew around her but that didn't stop her attacker. She felt herself sinking deeper into the earth, trapping her legs.

She heard the rough pounding of Kenji's footsteps on the surface of earth as he ran over to join his companion. "Need a hand?" he smirked, shards of earth already gathered in his hands. Tetsu shrugged "I guess you found her first so I'll let you have a go" she agreed, still making Kyoka sink deeper.

Fear overwhelmed the teens senses as she was shoved, chest-deep into the earth, it quickly solidifying around her. She covered her head with her arms as her earphones whipped the shards thrown at her. She missed a few and whimpered as they shredded her arms.

The earth closed above her, earth falling down on top of her, suffocating her. She could feel her lungs filling with lose grains of soil as she scrambled feebly trying to get to the surface. 'Outsmarted by a measly gang, pathetic' she thought, her oxygen supply slowly running out.

She felt light-headed, her vision blurred. She could briefly hear the commanding voice of a man and the Tetsu yelling "scatter, it's the fucking police" before she blacked out and her body went limp. Kyoka groaned as she opened her eyes, squinting against the bright glare of overhead lights. Her head pounded and her lungs ached. Slowly she sat up, taking in her surroundings.

She lay on a bed of white linen, in an empty hospital room. "Dammit" she muttered to herself. "I've got to get out of here". She grabbed the glass of water from her bedside table, swallowing it in one gulp before throwing the covers aside and leaping out of bed.

She quickly pulled on her clothes which had been draped across the back of a chair. She crossed over to the window, planning to jump from it. A woman in a white doctors coat stepped into the room. "What are you doing!?" she exclaimed. " Leaving" Kyoka answered simply, tugging open the window.

She doubled over as a sudden spike of agony wracked her thin frame. She felt a pair of hands on her shoulders and quickly scrambled away from the woman. "Leave me alone!" Kyoka wheezed, pain spiking through her chest. "You're injured" the doctor said pointedly. "Let me leave!" she retorted, head spinning.

She groaned as her legs grew weak, collapsing down on the chair behind her. "Look, I'm a doctor, I can help you". Kyoka said nothing. "Okay. What's your name. I'm Doctor Garrett". "My name is Kyoka" she replied curtly. "Kyoka what?" Dr.Garrett asked, pulling out her clipboard. She shrugged "just Kyoka". Dr. Garrett frowned as she silently wrote orphan on her form.

"Alright then, I need to take a look at how your arms and face are healing and listen to your chest". Kyoka said nothing, keeping her gaze fixed firmly on the ground. "C-can I help you?" Dr. Garrett asked uncertainly. Kyoka hesitated before nodding her approval.

Three days had passed since Kyoka had tried to escape. Her wounds had healed fairly well in that short time. She knew her treatment was far from over but she couldn't risk staying any longer. Slipping in her white gloves she crossed over to the window. She was on the second floor but she had often jumped from buildings when running away from gang members so this wouldn't be a problem. She leaped from the white windowsill.

The wind whipped against her face as she fell towards the ground. Her injury still hadn't healed fully and she winced as her feet hit the ground.She stumbled backwards, ankles stinging slightly from the impact of her jump. Shoving her hands into the pockets of her denim jacket she walked out the entrance to the hospital, before stopping suddenly. Kyoka's eyes lit up as she took in the sight before her.

Cars whizzed past on a wide road, people milled up and down the streets, none of them taking any heed of the short girl in worn out clothes. 'The city' Kyoka thought gleefully. She had spent the majority of her life living on the city outskirts. While she could easily steal from novice thugs and gangs the money was mainly in the middle of the city. Among the hustle and bustle of the crowds nobody would notice her.

A large group of teenage boys passed her and she slipped into the crowd of people behind them. She followed the group silently as the jostled each other. She waited patiently before she spied her opening. A split second later she was crossing the road, 2000 yen richer. She could hear the angry murmuring of her target as he searched the ground for his loss.

Kyoka smirked, continuing her way down the street. She stepped into a nearby shop, swiping an apple as she passed. She pocketed the fruit and left the building. Kyoka looked up as a slight rumble wracked the sky. Dark, angry-looking clouds rolled in, covering the sun. Lightning lit up the sky, heavy drops of rain following. Kyoka sighed as rain lashed against the ground, instantly soaking through her jacket and light shirt .