Commaful
"But he's such a nice guy" 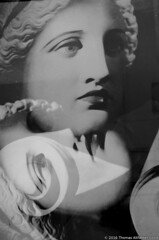 How can I? Waking up every day not wanting to get out of bed Dreading running into him in the hall And seeing how his eyes rake over my body In that icy leer

You're right there beside him.

You don't notice Or, at least You don't want to You ignore it Look off to the side Pretending you don't hear the way he talks about me

"He's my friend, you wouldn't understand"

You call him your friend and my heart stops beating When was it? Not so long ago That we laughed and talked in fragments of "You know me so well" But do I? Did I ever?

You told me you wonder how we drifted apart

When did he become higher than me in your mind?

Tears become the fuel you needed to break my heart