Commaful
A Night in the Woods: Chapter Two 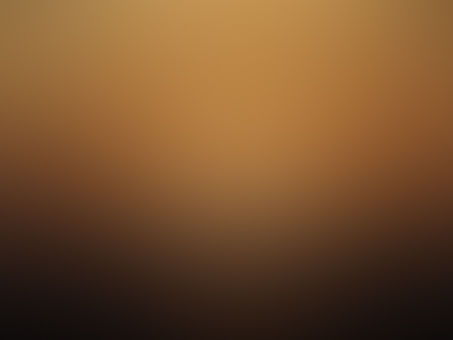 keebzyb Writer for fun, IT for work.
Autoplay OFF   •   2 years ago
Transcript
Chapter 2 of A Night in the Woods

A Night in the Woods: Chapter Two

Becky gasps for breath as she sprints through the dense, dark forest undergrowth, branches hitting off every part of her body as she struggle to keep pushing forward.

Pine needles showering down and sticking in her glossy red hair as it almost glows eerily in the glimpses of moonlight fighting their way down through the trees.

Her lungs feel ready to burst, feel like she's been running for hours but she doesn't dare stop.

Even though she can't hear the footsteps that were right behind her moments before, she can't bring herself to check and see if she is still being pursued.

A clearing ahead. Becky spots it and, with the last of her strength, propels herself towards it at full tilt.

She reaches the very edge of the clearing when, between the last two trees, she spots a large looped root curving out of the ground.

She tries to stop but she's going to fast, her foot slips under the root as she goes over it, pulling her whole body to a dead stop.

She didn't feel any pain, but that cracking sound wasn't the root breaking. Plucking up the courage to look, Becky glances back at her ankle.

Bone is jutting out through her sock, her foot is at an absurd angle.

Even in this darkness she can see what must be blood pooling around and filling the hole in the ground her foot made under the root. She lets out a soft whimper before she could stop herself.

Horrified, she clasps her hand over her mouth and listens intently to the forest around her...

Snap... A twig breaks in the forest about 5 feet from where she is sprawled out on the ground. Just too far for her to see.

Something brushes against the leaves to her right, just on the very outskirts of the clearing. She stares intently, hand still covering her own mouth to hold back sobbing.

She was beginning to feel a sharp, throbbing pain emanating up her leg from her ankle now.

A shadow darts between two trees just to the left of her, she turns quickly, jostling her ankle.

Pain shooting up her entire body, she can't hold back the scream of pain that bursts through her fingers.

Then she sees them. Eyes... Horrible, Evil-filled eyes just staring at her from about 3 feet in front of where she lay. She's frozen, the scream peters off and Becky just stares into those eyes.

The eyes have a vaguely humanoid shape, but nothing else about them seems human at all, the color seems to slowly fluctuate between dark purple and a deep blood red.

Never blinking, never looking away. With incredible difficulty Becky finally manages to pull her gaze from locking with them to look at it's body.

At first she sees nothing, just shadow on shadow, but as her eyes adjust she begins to make out a rough shape.

Definitely human, but short, and hunched over so low it seems physically impossible.

Her eyes adjust more as the creature slowly drags itself towards her, it seems to move with incredible difficulty, although it had no problem chasing her down in the forest.

Long dark hair falls from it's head to the floor. The hair falls over it's face but somehow the eyes shine right through it.

It reaches out with a hand for her ankle, slowly grasping her foot. It's skin feels cold, damp, mottled. A shard of moonlight falls through the trees directly onto it's hand.

Becky gasps with horror as she sees 3 inch long fingernails protruding from what very much seems to be a dead hand, skin flaking off it and chunks of it missing altogether.

Becky jerks at the sight, breaking free from the paralyzing fear that had gripped her seconds before,

she kicks out with her other foot and pulls herself further into the clearing with her hands, scrabbling through the dirt. Grasping for any purchase.

Surprisingly, the creature releases her foot, seeming to be almost sucked backwards into the forest, leaving nothng but shadows and silence behind.

Becky frantically looks around to see where it went, but after minutes of nothing she puts her face in her hands and bursts into tears.

After several minutes the tears begin to subside, she's starting to feel a bit better, maybe it's gone, she thinks to herself, even the pain in her ankle seems to be subsiding,

though it's clearly seriously injured. She starts to lift her head out of her hand when she suddenly feels a presence to her right. Turning sharply she sees it.

The creature, less than an inch from her staring straight into her eyes.

"You shouldn't have come here", It mutters almost imperceptibly, sounding almost like a young girl, but there's no denying the malice in that voice.

It's arms shoot up and grab Beckys head at both sides, and slowly start to twist her head. Becky emits a blood curdling scream that echoes across the forest. Crack... Silence.