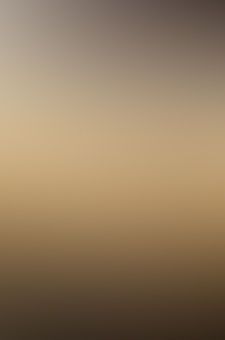 kcimrocmm I just write fiction stories for fun (:
Autoplay OFF   •   4 months ago
Transcript
In chapter 3, the prince's plan begins to fall apart at the seams. Aida begins to wonder if she will ever find her way home again.
fiction fictionfantasyadvendturemedieval

Aida's hazel eyes flickered open and squinted at the rising sun. "I must've fallen asleep," She thought to herself.

She also realized that the forest was far behind her. The prince couldn't have gotten to the main path so quickly unless he went around the edge of the Great Expanse. Despite the current situation, Aida couldn't help but be impressed that the prince had made such an expedition in one night.

The scenery was pleasant enough as well. Stretching across either side of the dirt road the prince's horse was taking was green farmland that faded into the horizon. The silhouette of the castle could be seen in the direction they were headed.

A rustling in the long grass made Prince Viz whip his head around just in time to see a dagger whistle by his ear.

The sudden movement startled the horse and it got up on its hind legs and whinied; forcing the prince to let go of the reins and tumble onto the rocky path.

Unfortunately for Aida, her binds still held fast. Each time the horse leaped up to release itself of her she just went with it.

Prince Viz attempted to stand up when another dagger clipped the top of his head and sliced through the rope holding Aida.

"Wai-!" She screamed before crashing onto the ground head first.

As soon as her vision cleared, Aida saw the last signs of the prince's horse before it fled into the distant hills. Beside her was the prince still struggling to gather his wits.

"Show yourself!" Prince Viz commanded as he stood up taking a defensive stance.

More rustling was heard before a flash of silver and black appeared and disappeared.

A sudden noise made Aida look over just in time to see the prince collapse onto the ground with a loud sickening 'thump'.

Prince Viz's eyes rolled into the back of his head as a dark pool of blood seeped out of his throat.

Aida had to hold back her sickness as she scrambled away from her deceased captor. She would have covered her mouth if not for the fact that her hands were still tied.

All she could do was stare in horror as Prince Viz's assassin appeared from the long grasses.

A hooded figure stepped out and looked down at the cowering figure below their feet.