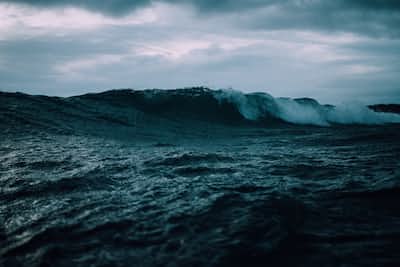 The hardest moment I have had to live through was watching a friend.

Watching a friend sit in terror, sobbing and shaking, and not being able to do anything about it.

Because I knew the thing that frightnened was a person who didn't exist.

In her head, someone was out to get her.

Like there was no one there who could help her.

No one to save her.

Even though I was right there beside her.

Watching her sit there, knowing all I could do was be there with her, an arm around her shoulder, murmuring words of comfort that couldn't do anything but ease my conscience.

Sitting there with the full knowledge that her worst nightmare was being played out in her head, with her believing it was actually happening.

It was as if I were in a movie.

One of the movies where there's a girl who can see ghosts, but no one else can, and she's terrified, but no one believes her, and when they do they can't help.

The whole time I was half expecting her to suddenly turn to me, and tell me it was all a joke.

Tell me she was just pranking me, and I was a fool for believing her.

Then we could laugh at how silly I was, how gullible.

I was sitting next to someone who barely realised I was there, and who felt so alone. So vulnerable.

But the worst part was when I had to leave.

I wasn't allowed to stay.

They wouldn't let me.

They told me she would be okay, and that I could go.

and suddenly I knew that she could tell I was there.

And could tell I was leaving.

She cried more heavily, her face was contorted into an expression of pure terror.

I tried to comfort her as I left.

I barely recognised my surroundings as I exited the building, and walked quickly, caught up in my own mind.

Caught up in a prayer.

Wishing with all my heart she was going to be okay.

That she was going to escape her nightmare.

But I never found out.

And I never saw her again.