Commaful
The Rise of a New Day 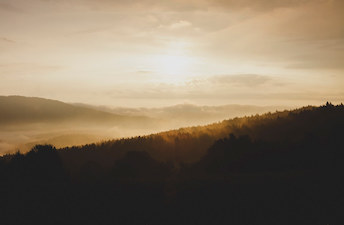 The Rise of a New Day

The sun sets in her city, along with her heart.

She stares at the text. Anger, disbelief, and a strange relief tugs at her heart. He'd finally broken it off. She wasn't too surprised, but it still stung. But as she glances out her window,

She knows she'll be alright.

That this one relationship is that of thousands she will have with people. There is a sky filled with stars, all kinds of possibilities for her. He's just one within a million.

He gazes out from his perch, watching the steam rise.

It was early. His traveling companions were still asleep, leaving him time alone to reflect. Time he desperately hated. His son's funeral was yesterday.

A parent should never have to attend their child's funeral.

He was suppose to come back. When he was deployed, he promised his dad he would make it back. He did. In a casket. He lets out a breath, looking past the steam to see the rising sun. A new day

She keeps her thumb up, arm outstretched.

The sun sets behind her as she tries catching a ride along the deserted road. she never imagined her life would become this. Homeless. Broke. Purposeless. Life was a funny thing.

Hitting people when they least expect.

Whether it be with homelessness. A child's death. The sharp pain of rejection. Life is like a dark room. Scary. Dark. Directionless. Uncertain.

But, after each day, the sun sets. So does life.

A grace period is given. Mourn your loss. Pity yourself. Complain about your life. Cry. Scream in agony. Suffer.

Then the sun rises. A new day has sprung. Life is reborn.

That flame within you may be extinguished, but even the smallest of flames can become the greatest of fires. Rise up.