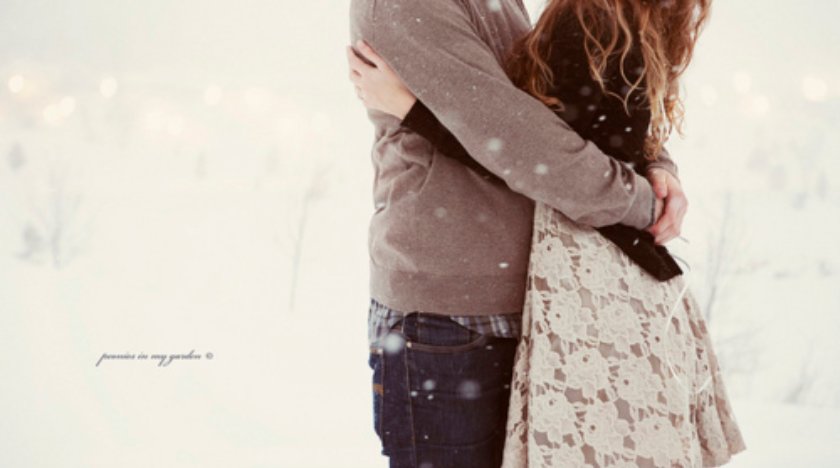 Her eyes, oh her eyes. They got me every time.

They could never be classified as one color. They rebelled, taking on a different hue everyday. Every hour. Every moment. But they always sparkled with this emotion I could never place.

His smile, oh his smile. It zapped my heart every time.

His smile was something never to be taken for granted. He rarely showed it around people, but when he did, oh it was magic. The slight dimple in his cheek revealed his boyish nature.

But they always drifted from one another.

The timing never right. One was in a relationship. The other fresh out of one. Both single, but not ready to mingle. Or they would mingle, but with the wrong people. It was like this for years.

Her car was covered in the hardening white powder. She stared, hopeless. How could she get to work in this condition? A light flurry of snow falls from the sky, wetting her hood.

She sighs, holding a hand out.

A snowflake lands on her hand, almost immediately melting against her warm palm. A smile tilts her lips, her tardiness to the office momentarily taking a back seat.

He watches her, his unprotected hair catching snowflakes.

He had come here to break up with his girlfriend, who's name he'd already forgotten. He didn't know she had lived so close to her. Annalise. The one woman he could never have.

At her surprised appearance, he'd dropped his keys.

With his gaze still on her, he crouched down, fumbling in the cold snow for his car keys. But after stubbing his finger, he risks a glance down, swiping them up.

She hears a commotion to her right, causing her to turn.

And there he is. Jasper. The only man she has ever wanted, but never had.

And as they lock gazes, something in the air shifts.

The gravitate towards each other, hearts pounding. The snow crunches beneath Annalise's heeled boots. Foot prints indent the snow as Jasper controls his pace. Once they are but a pace away...