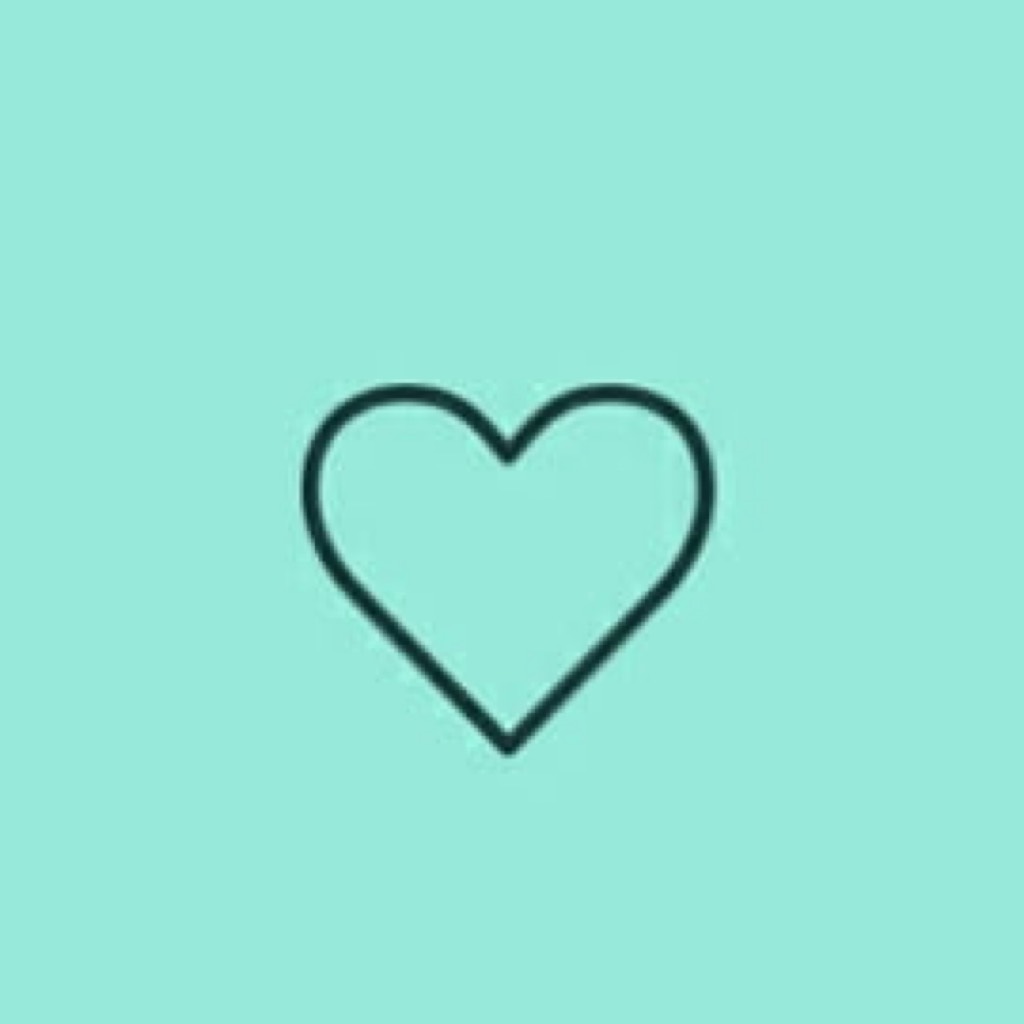 kasumihero READ THE REST ON INSTA: @kasumi.hero
Autoplay OFF   •   a year ago
Transcript Use Images
All her life, 16-year-old Kasumi had been told she was Quirkless. Raised on a small island in a society where Quirks are not accepted by the public, Kasumi’s days consisted of long hours sorting books on the library shelf. Apparently, she was lucky: having a Quirk isolated you from the world. Only 20% of the population had a Quirk…or so she was told.
Up until now, Kasumi hadn’t realised that mind reading wasn’t normal. She hadn’t ever noticed it anyway, having spent her almost her whole life locked away on her own in the archives. At first, she hadn’t even realised she had been doing it. But as Kasumi’s powers begin to grow stronger, it becomes evident that it has to be a Quirk – and how dangerous it is for her to stay where she is.
With a Quirk like hers, Kasumi suddenly realises her potential. She could be a hero. Without a word to anyone, Kasumi escapes to Japan, where a chance encounter with a villain changes everything. She is accepted into U.A. High, and befriends Shoto Todoroki, a boy with one of the most powerful Quirks in their class. But his strength in combat doesn’t mean he has everything – and Kasumi is the only one that can see it. Friendship is a first for both of them, but that doesn’t mean it’s shallow, and Kasumi finally understands what it’s like to have something to hold on to. When the world around them is thrust into chaos, Kasumi and Shoto end up in the middle of a fight they didn’t wish to be in – and once you’re in, it’s a lot harder to get out…

NOTE: This is Chapter 2.1 of my MHA fanfiction. Ch2 was too long to fit in one section, so I have to upload it in two parts. Additionally, you must read Ch1 and the prologue first, so if you haven't, quickly go check it out now! Then come back! RECAP: I had just arrived in Japan, when a mysterious voice echoed from the shadows...

I stood, frozen, back pressed against the cold stone wall, sorting through all the possible scenarios in my mind. I could try to run, but this girl seemed too dangerous for that. The moment I made any quick reactions, she would probably pin me to the ground. If I shouted for help, she would have disposed of me before anyone even heard my plea.

No, there was only one choice. I had to fight. It was a very reckless plan, considering I had barely any prior experience with my Quirk, but it was my only chance.

I probably wouldn't be able to take her down alone, but I needed to at least stall until a hero arrived. If one arrived at all. I sucked in a breath, trying not to think about that. Instead, I chose to think rationally. Whether the enemy had a weapon or not meant nothing... as long as I could get inside their head, everything else would be irrelevant.

In this case, the enemy was a young girl in a uniform-like outfit, who seemed to be foolish enough to launch a surprise attack on someone who's Quirk was unknown to them. Probably not very technical, nor deep. Probably not too hard to find out what their plan was. Furthermore, she seemed to have a louder, less reserved disposition. Another added bonus there.

As long as I played the game well, it wouldn't be hard to win this one. Assuming the plan runs smoothly, that is. "Well," the girl said, sounding a little impatient this time. "Are you coming, or what?" Hands trembling behind my back, I stepped out into the light, inwardly terrified.

But my enemy sounded confident, so I had to match that mood. "Good evening," I said coolly, meeting her eyes, which were a vibrant amber. "And who might you be?" There it was, just like that - one simple question, and I could see everything.

By bringing a simple concept as to what her name was to her mind, I was able to get inside her head. "So, your name is Himiko Toga." I said it as a statement, not a question, a simple way of showing I had the upper hand, that I had confidence in what I was saying.

If I appeared as if I had authority, it would be easier to make her believe in what I would soon convince her to do. But when I stated her name accurately, Toga only smiled. "You've heard of me, then? Wonderful! Seems like the world is finally beginning to recognise me!" Aha! There!

"And why do you need to know?" Toga began to spin the knife in between her fingers, and I knew I had to pick up the pace. "I was just trying to take an interest in your story." Just like that, things began to get clearer for me to see. That tiny bit of recognition, and Toga was already beginning to feel safer.

Although she still consciously knew I was a threat, subconsciously, her brain was almost beginning to trust me. Almost. She was playing right into my hand.

If I had more time, and if Toga wasn't wielding a weapon, I would have tried to build this false sense of security up a little higher before I took action. But she didn't seem the type to wait around and plan her attack - she could leap in at any moment - so I was forced to risk it.

"Toga," I said, "Do you plan on leaving me alone tonight?" 'No'. The answer appeared in her head almost instantly, but before she could speak, I was ready with the next question. "Do you plan on attacking?" 'Yes'.

Without hesitation, I swapped the two thoughts around. "Do you plan on leaving me alone tonight?" I said again. She just looked at me, confused. "Yes," she said, nodding her head slightly. "Yes. Yes, I do, actually." Toga pocketed her knife. "Um, goodbye." And just like that, she turned and ran off.

After about a minute, I burst out laughing. "She didn't even get to use her Quirk!" I said softly to myself. "That was my first fight, too!" "Your first fight, eh?" I jumped, backing up against the wall again. Had Toga sent more villains already somehow? I may have been able to deal with one, but more of them?

"Hey, it's okay," the voice said. "Why? BECAUSE I AM HERE!" The wind began to rumble as a huge silhouette flew into view, landing with a thud in front of my feet. My eyes widened when I saw who it was. "All...Might?"

Sure enough, it was the number one hero who was towering above me. He wasn't dressed in the hero costume I had seen on the internet, but rather a gold, formal business suit, and a bright red tie. He was smiling his trademark grin.

"Yes! It is indeed me! However, I don't think it is I who we should be praising right now, but you! That was some fight! Quite impressive!" "T-thank you," I stuttered. "But really, it was nothing..." "Nothing? Are you unaware of who you just fought?" All Might stared at me, visibly shocked.

"I only knew of her name," I replied. "Himiko Toga." "She is one of the most hunted villains in the country," he said. "Even pro heroes such as I struggle to keep her under control. But you...you don't have a scratch on you! If you don't mind me asking, what is your Quirk?"

"Thought Alteration," I answered. "I can read and extract the thoughts from those around me, but I can't add to what's already there, and it can take me some time to access everything I need. I'm not sure how much of my fight with Toga you saw, but when I asked her the two questions toward the end, I swapped the responses around in her head so she then thought she wanted to leave me alone." All Might was clearly amazed.

"That's some Quirk you have there! Definitely one worthy of a hero." He paused. "I didn't catch your name." "It's Kasumi, sir." "Kasumi. Well, despite your amazing Quirk, it's still dangerous to be out at-" He stopped when he caught sight of the suitcase behind me. "Where are you headed?" I sighed.

There was a long bout of silence. "You came all the way here, just because you wanted to be a hero?" All Might asked thoughtfully. I nodded. "With a Quirk like yours...you definitely have the potential. I may have an offer for you." An offer? From the number one hero? Well, I'd definitely give it a shot.

"Do you know what U.A is?" he asked. I nodded again, already getting excited. "U.A, as in U.A High?" I said eagerly. "That's the number one hero school in Japan!" "Correct," said All Might. "Now, what you may not be aware of is that I am in fact a teacher there." He looked at me carefully. "How would you like a scholarship at U.A? It will be hard work, but- "

"I'll take it!" I said immediately, and All Might laughed. "You know, you see a lot of great Quirks these days...but what you don't see as often is great spirit. It's the same as what I once told another young hero - all the pros, the stories of their childhood are the same. Their bodies moved before they could think."

"You heard there was something you could do with your Quirk, and you brought yourself here to Japan before you could even plan what you were going to do next. You didn't run from Toga just now, did you? You fought. And that is what separates those who are merely talented, from those who are heroes."

I think it was then, really, that I understood what all this meant for me. All Might was the best of the best when it came to heroes, and for him to let me into U.A... that was a big deal. U.A didn't take just anyone. It was a place only for the elites. And me, a sixteen-year-old with no training, well, if he expected me to keep up with the elites, then maybe my dream really was more than an unreachable fantasy.

Maybe this hadn't all been for nothing. Maybe I really could be a hero. "Hmm," said All Might, watching me. "You get it now, don't you?" I nodded. "You have a gift, Kasumi. Use it well. Now, come with me. I'll take you to U.A, and I'll see what I can do. Normally they wouldn't take anyone mid-year, but this is different. Let's go."

Hope you enjoyed reading! The second half of Ch2 is on my page! and...please like and comment!