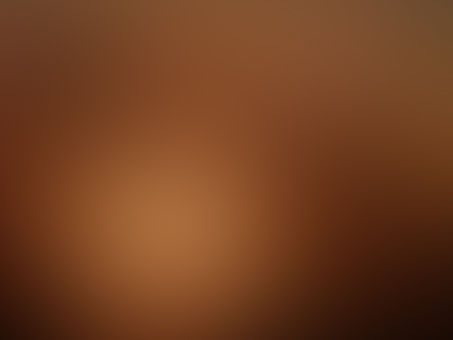 kaijudiaries Community member
Autoplay OFF   •   2 years ago
Transcript
Read the feelings of Mothra as she goes through changes and meets Godzilla, the kaiju of her dreams. But when King Ghidorah steps in, things get a little complicated. Read to find out what happens!

By: Me!
romance godzillalovemothraking ghidorah

I’m Mothra. This is my first diary entry. I’m still in my larval state, but the fairies say I’m growing every day! The fairies also say I’m now old enough to leave the temple on Monster Island.

So I’m finally going out now! I hope I see other monsters that I can socialize with. I hope they will still take me seriously, even though I am young and short.

I will write all of my experiences out there. Well, I’m going out!

So… I’m out now. It doesn’t look anything like I thought it would. It has sandy beaches and rocks and vines and… yeah! It doesn’t have the big moss-covered

I’m looking out to the sea, and I notice a shadow above me. I’m-

Okay, sorry about the cutoff. I’ll tell you what happened, but just so you know, this is my second entry. This entry takes place one day after the events in the first one.

So, here’s what happened.

I was writing in this diary, and then a giant pteranodon attacked me. It picked me up and threw me to the ground. Suddenly, I heard a famous roar. It was Godzilla! I know so much about him.

I studied him in the temple archives. I know it sounds like I’m joking, but it was really him! He grabbed the pteranodon and bit him on the leg. My attacker flew off, screeching.

“That was Rodan. You don’t want to mess with him, as he is vicious,” said Godzilla, looking down on me.

“Y- Yes, I know. Or I think so. Who’s Rodan? Sorry. Thank you.” I looked down. I was so embarrassed. I turned away from him and scurried back to the temple.

Godzilla turned back to whatever he was doing before and slipped into the ocean. Well, dangit. I just blew my one chance of talking to Godzilla…

I know that was Godzilla. He pretty much saved me, just like he does in all the stories I read. The fairies kept on telling me that Godzilla liked destruction and he would be the death of me.

So today I’m gonna go out and I’m so going to find monster friends, and maybe even see Godzilla again! I’m going to scope out Kumonga...

I see the giant spider crawling around aimlessly. He’s climbing up a giant tree, and I see him begin to spin one of his yellow webs.

“NO!” he yells back. “Leave me alone! Do you have any idea of the intense concentration it takes to spin a web this complex?!”

“Gee, fine!” I reply back, stung. Haha, bug pun. Anyway, he’s not going to be nice to me. I leave the area and see Little Godzilla.

“ARGH! I can’t do this!” he cries. He sits down and stabs the stick he was writing with into the sand next to him. Beside him stands Godzilla (oh my).

“Here, if you do it like this…” Godzilla is saying. I don’t think he sees me.

“Nooo! This is the way that I want to do it!” Little Godzilla yells.

“Be my guest...” answers Godzilla. I scurry over to Little Godzilla and look over his shoulder.

“The sand won’t help me! I need help!” yells Little Godzilla. tells me this kaiju is a little whiny. He grabs the stick and waves it around in the air. “You help me!”

And a little bossy. Or a lot.

So last night was the first time I slept outside the temple. I still slept next to the temple, but it’s a start. I feel like I’m starting to become just a little older.

I think I will stop by the area the Godzillas were yesterday and see if they are there. It’s a cool place.

Long ago, there was a clearing in the sandy area, with a sprinkle of palm trees and a cave set next to the temple. I think that’s where they live.

I’m surprised I have never heard them talking or doing something while in the temple.

So this is what happened:

I scurried by the area I thought they would be. I didn’t see them anywhere, so I began to get worried. What happened? Where could they be?

Then Godzilla and Little Godzilla surprised me. I turned around and they jumped out of some shrubbery next to the palms.

Since they spooked me, I jumped back and flipped over, my underbelly exposed. Then Godzilla effortlessly flipped me over with his strong claws.

I blinked a few times because there was sand stuck in my eye cavity. “Hi,” he said, “What do you need?”

“Nothing,’” I stated, “Just stopping by…..no-no reason.” I scurried away in embarrassment. It’s easier to gain traction on sand compared to rock if you know what I mean.

I ran fast in my fit of embarrassment, but I think I heard Little Godzilla say that I was weird and I think Godzilla just went hmm.

So after that embarrassing part of my day, I went back to the temple and went to the library. I researched Godzilla and his history.

Turns out he was involved in destroying Tokyo, Japan, and he also teamed up with Rodan at one point to defeat a dragon called King Ghidorah?...

I looked into King Ghidorah, but before I could start reading, I felt an itching in my underbelly. Oh no, I thought. The Metamorphosis.

I’m not going to make this a long entry; I’m already feeling nauseous and sick from the early stages of the Metamorphosis. The fairies said this was normal, but what would they know?!

Ugh. I’m feeling sick. Better start spinning the cocoon. The fairies say I should keep my diary out of my cocoon because I’m supposed to be sleeping, so sorry in advance for the hiatus.

I’m out! I’m shaking my new wings and gazing at them. They look amazing! I notice that it’s about midday.

As I’m walking outside, I am surprised to see Godzilla, Little Godzilla, Kumonga, Rodan, and Anguirus waving on the lawn in front of the temple.

I’m excited, and when Little Godzilla asks me if I can give him a ride, I agree. He is about to get on my back when a thunderous footstep shakes the ground.

I look around and I see a handsome golden dragon with three heads. He’s stepping majestically forwards, and he towers above me. He’s good-looking.

This must be that GHIDORAH I was reading about. Just now I remember what the fairies told me before I began casting my web.

They said a bunch of boring stuff about growing pains, learning to fly, and a lot of other stuff.

But they also mentioned that after I metamorphosed, I would be able to have a partner if I desired.

Of course, I’d have to learn how to fly, and how to get used to my new form first, but that stood out to me. Whatever. Unrelated. Back to big hot interesting dragon monster.

His first two heads are leaning in and his middle head is arched backward. “Hhi.” He’s saying weirdly, as his first head says it first, then his second, and then his third.

I try not to be set back by his strange speech impediment and try to focus on becoming his...friend! In my now much larger peripheral vision, I see Godzilla and Rodan whispering to each other.

I also see Little Godzilla telling on me for not letting him get on my back. Whilst speaking to this dragon, I notice that he has two tails! I say to him, “Nice to meet you.

I’m blushing. Godzilla...TALKS ABOUT ME?! AND TO HIS FRIENDS?!? I then decide: “I’m going to test out my new wings. Nice to meet you!” I flap up as hard as I currently can, and….

I fly maybe 35 feet off the sandy shore and then fall, my new eagle-like legs hitting the ground.

Well, that was a letdown. I’m stumbling my way over to Godzilla, and while I’m doing that, I see that Ghidorah’s heads are matching my movement. He’s watching me.

So then I’m asking Godzilla if we can go on a walk with his friends and talk about my new form. Of course, he accepts.

I can almost intuitively feel the glint in the eyes of Ghidorah, and I can hear him get a booming walking start and take off.

As we are walking, I’m eyeing out Godzilla’s friends. No reason. I look at Baragon. Those ears….He’s...different. I look at Anguirus.

Not to be rude or anything, but it doesn’t really sound like he’s accomplished anything. He’s cute, though. I turn my gaze up to Rodan. Ooh, la la….those wings.

But based on how he treated me before, I’m not really interested in becoming his friend anytime soon.

I finally look at Godzilla. As much as he’s not much to look at, he’s really nice. He helps me and encourages me. Let’s just hope he doesn’t accidentally break down the temple.

I can hear his friends discussing what they did today, but I can tell both Godzilla and I aren’t interested in joining in with the conversation.

The sun is setting, and the sun looks like the tip of my wings and the sky looks like the designs on them. Rodan is suggesting to Anguirus and Baragon to come to join a game he made up.

Now Godzilla and I turning to go back near the temple. Right as it’s just us, Godzilla remarks, “They are goofballs, aren’t they?”. I nod. “I am too.” He growls, chuckling.

After walking for a little bit, I find a pair of trees. I spin a thin web in between them. I then do the best of my ability to flap up there, and surprisingly, I succeed.