Commaful
The Irish Bonnie and Clyde Chapter One 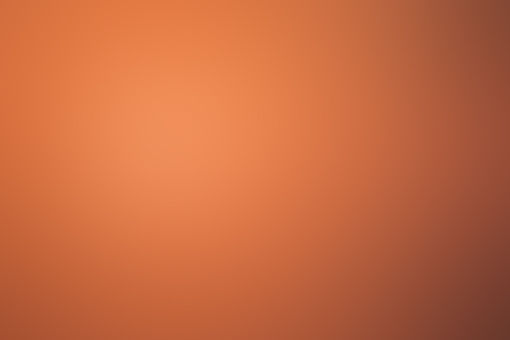 juniper_wilde Community member
Autoplay OFF   •   9 months ago
Transcript Use Images
An Irish mercenary, Jacob, and a drug dealing law school graduate, Lilly, are on the run from Jacob's boss and goons

The Irish Bonnie and Clyde Chapter One

I suppose my story begins when I entered the Foster Care system at 8 years old. I bounced all over the place and never stayed in one place for too long.

I sort of accepted that I was mediocre and that I would live a mediocre life.

To be honest, I don't even remember how I got where I am now, but I suppose it all started with a friend and my ex boyfriend.

A friend of mine from foster care had gotten mixed in with the wrong crowd and started to take me with her, when she got accused of selling illegal drugs.

I didn't know what to do or how to help her, so I decided to take school more seriously. I studied day in and day out, until I got accepted into a respectable law school.

As for my then-boyfriend, he wasn't the best person morally, but he was supportive. He knew I couldn't afford tuition on my own, so he offered to pay for my full education.

I couldn't think of anything else. I accepted. When I was half way done, I found out he was cheating on me. I threatened to leave, but he retaliated by threatening to stop paying my tuition.

I couldn't drop out when I was so close to getting my degree. He agreed to leave and pay for the rest of my tuition if I sold his product to pay him back.

It was a difficult decision, selling drugs to become a lawyer. I found myself agreeing to his conditions. He packed his bags, gave me a burner phone, and left without another word.

He would send me two addresses via text on the burner. I'd go to the first address to pick up the product and go to the second address to drop it off.

After about six months, he had me keep it at my house, which was of no problem, as long as I otherwise stayed out of trouble.

I never knew what would happen afterwards, I was just the delivery girl. There were a few addresses I saw pretty regularly, but there were others I'd never see again.

There were a few times I was woken up in the dead of night to run someone some product. It was fine, because I was only one more run away from paying him back. Which brings me to the present.

I got awoken in the middle of the cold night to a call. My ringtone an annoyingly cheerful jingle. I answered the phone with a sleepy "Hello?"

I recognized the voice as a guy I have seen a few times, so I tell him I'm on my way. I get up and shower. The warm water was soothing my rude wake up call.

As I massaged my scalp with shampoo and conditioner, I started to sing softly. This shower was what I needed to heal my sudden disturbance to my sleep.

When I was done with my shower and brushed my teeth, I got dressed and got into my car. I could see another car across the street. It looked like it was a newer Audi.

I couldn't see it while driving, so I thought nothing of it and continued on my away. I pulled up to the trailor that just screamed "crack-head" and knocked on the rickety door.

The whole place reeked of smoke. The trailor looked as if it was going to fall apart. He answered the door, money in hand.

I show him the clear bag with a couple kilos of cocaine, and trade him for the handful of money. I counted it out while he inspected the bag.

All seemed fine, so I thanked him and was on my way home. I was so relieved that this was my last run. I could finally get rid of all the paraphernalia in my house.

I could forget all about this piece of my life, and move forward. I felt this wave of confidence and happiness wash over me. When I got home, I drafted a thank you email.

"I just wanted to let you know I have the last of the money I owe you for my degree. I'll drop it off tomorrow ~Lilly"

I smiled. I could tell that good things were coming. I could feel it. With a small yawn, I looked at the clock.

I thought for a moment before changing my clothes. I wore a grey shirt with a black cardigan and fitted jeans. Grabbing my keys, I headed out the door. The Audi wasn't there anymore.

I put my keys in the ignition and headed for my favorite coffee shop. I stood in the long line of people waiting for their morning fuel. It felt as if it were taking eternity.

Finally, when it was my turn, the barista asked what I would like to order.

"I'll have a mocha cappuccino to go, please"

A masculine hand invited itself onto the counter with fifty euros in hand.

"Make that two," the man connected to the hand requested. He was handsome, with auburn hair and brown eyes. The brown color of his eyes danced in the sunlight that filled the coffee shop.

I know love at first sight is for little high school girls, but if it was real, this was it. All I could think while looking at him was simply, damn.

His voice while deep and rough was also soothing. "It's on me," he said with a wink. I felt like a silly teenager again, gushing over a handsome stranger.

"Thank you," was all I was able to muster. I gave him a smile while I attempted to brush my red bangs out of my face, but they insisted on staying in place on my forehead.

"So do you have a name or should I just call you beautiful?" He asked with a cheesy smile.

How cliche. I was floored but I smirked as I replied with "Lilly. Beautiful works too." I was rather proud of my facade of confidence and attitude. He seemed amused.

He collected his change and we stepped to the side. He introduced himself as Jacob Davin. He spent the entire time we were waiting flirting with me. I flipped my hair over my shoulder.

I could feel his eyes drinking me up. Normally, I would have been self conscious. However, for some reason, I enjoyed his attention. He made me feel like a modern Aphrodite.

When we were handed our drinks, I took a napkin and wrote down my phone number. I handed it to him and waved. "See you soon?" I asked as I left.

I strutted to my car with a blinding amount of confidence. Today is going to be amazing.