Commaful
Archaeus and The Axe From Hell 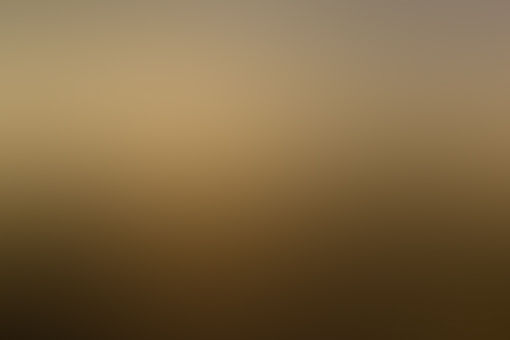 juniebjones Community member
Autoplay OFF   •   2 years ago
Transcript
Archaeus and The Axe From Hell This is a forgotten story from long ago, lost forever in the great battle of Troy. This story is like no other, told by none other than I, Alcinous.
fiction superhero-2018

Archaeus and The Axe From Hell

Archaeus and The Axe From Hell

This is a forgotten story from long ago, lost forever in the great battle of Troy. This story is like no other, told by none other than I, Alcinous.

Archaeus was a boy with a dream to be a hero, his dream wasn’t to be the hero of all, but only the hero of a girl. Nephemia, daughter of Eumaeus to be exact.

She was the woman that all men desired to be with, but none dared to lay a finger on her fair, flawless skin-- that is, none other than Archaeus.

He would “accidentally” happen to stumble into her path every time she went into his father’s winery to retrieve nothing short of the finest wine that Archaeus’ father could age to perfection.

Nephemia started to come to the winery, to see Archaeus, and the two fell in love. After a while, Archaeus built up the courage to ask Eumaeus for Nephemia’s hand in marriage.

When Ithaca became involved in the Trojan war, Archaeus decided to prove his bravery and strength to Eumaeus by enlisting in the Ithacan army and winning the war for Ithaca.

After two years of fighting and having put over five thousand Trojan men on their knees, his throat was slashed open by Hector, the Trojan Prince and Troy’s fiercest fighter.

Archaeus went to the Underworld. was sent to Elysium and given the choice of rebirth or to remain there.

Archaeus was intent on returning to Nephemia immediately, so he pleaded with the Deities to return him to the mortal world at once.

After careful consideration, Hades proposed a deal to Archaeus: in order for Archaeus to back through the Entrance of The Underworld,

he would have to exchange another’s life for his five years after he exited the gates,

and that Hades would send a messenger to relay the name of the human life that Archaeus would have to extinguish. Desperate, Archaeus accepted the terms without a second thought.

Archaeus’ body had been left on the battlefield for six years, so when his soul returned to his body, he awoke in the middle of a brutal battle.

He rose and began to fight, to slaughter any man that tried to defeat him.

Alas, Archaeus’ strength was multiplied, he could sense his enemies coming before they had raised a blade, he could hear the Trojan’s pleading voices from miles away,

his physical strength was especially enhanced, he you clice ten men in half with one stroke. Archaeus won the battle and sauntered into Troy, headed straight for the palace.

The guards tried to stop him, but none could even try before he obliterated them. Prium had a fit when he saw Archaeus, he knew his end had finally come.

Just like that, Archaeus won the battle for Ithaca, saying if anyone else dared to disturb the peace, that he would cut them down in an instant.

Archaeus returned to Ithaca, head held high, with a mission to gaze upon Nephemia once again.

Her beauty had grown tenfold in the past eight years, and when Archaeus laid his eyes on her, he was brought to his knees in astonishment at her aura of refinement.

She had been truly blessed by Aphrodite, pure of heart. When he had recollected himself, he strut over to Nephemia and exclaimed,

“ My Love! It is I, Archaeus, I have gone to Hell and back for you, I fought for your hand, and now I have returned to marry you!

” Nephemia’s sapphire eyes began to well up, and she threw herself into Archaeus’ arms and over joyously remarked,

“ Oh, Archaeus! How I have missed you so! I longed for you every day and every night while you were gone. I knew you would return to me, someday.

And here you are! Standing before me, having lived eight years of war, fighting to protect me from those ghastly Trojans! We will marry at once, with the gods as our witnesses.

Surely they will bless our bond of matrimony.” And with that, they were wed. The next four years brought nothing but joy and happiness to Archaeus and Nephemia.

By this time, Archaeus had forgotten about his promise to the Deities. He and Nephemia loved each other more than most could even hope to love another.

One night at the beginning of the fifth year, a fiery demon, a messenger of Hades, appeared to Archaeus in the blink of an eye and spoke the name of the one Archaeus must execute.

He was immediately filled with dread and regret. He couldn’t possibly complete this task, he loved her too much.

He pleaded with messenger to speak another name, but the demon simply repeated the same name as before. Suddenly, there was a burning sensation in Archaeus’ right hand.

He screamed in agony and pain, and when he looked down, he saw that his hand was engulfed in flames.

The demon nodded and the flame was quenched, only to reveal a golden battleaxe, perfectly balanced, sharpened to the point of immediately fatal damage,

and gleaming in the light being projected from the messenger. Just like that, the demon was gone as quickly as he had come. Archaeus collapsed onto the floor, sobbing uncontrollably.

He stayed like that for several hours and determined that denial was the best way of eluding Hades. He pried the axe from his hand and cast it into the roaring ocean tides.

The next day, a plague erupted in Ithaca and annihilated hundreds of thousands of Ithacans.

That night, another messenger appeared to Archaeus and whispered to him, “If you do not fulfill your part of the agreement,

this plague will continue to spread all throughout Ithaca and take the lives of every mortal, innocent or not, they will all perish.

Again, the burning sensation shot through Archaeus’ hand, this time, he did not scream out in pain or agony, but in anger, and hatred for himself and for Hades, the Deities, and Hector.

Nephemia came rushing into his quarters, having heard his screams. She gasped in terror of the demon and the fiery axe from Hell. Archaeus shouted to his wife,

“Run! As far as you can, stay away from me! I am cursed to send your soul to Hades with a stroke of this axe.

I have done a horrible thing! I was foolish to trust Him! Please! Go away so that I might not have to take the life of the human I love most!

” Nephemia ran to the demon, warding it away with holy icons.

“Begone evil,” she yelled, “ Never dare to return!” The battleaxe ignited once more and started guiding Archaeus toward his beloved.

“Nephemia, no! You must run at once--” Too late. The axe’s blade was already buried in her skull.

She crumpled to the floor and laid in a puddle of crimson syrup, and with that, Archaeus took the blade and slit his own throat open.