Commaful
There’s something wrong with my cat... 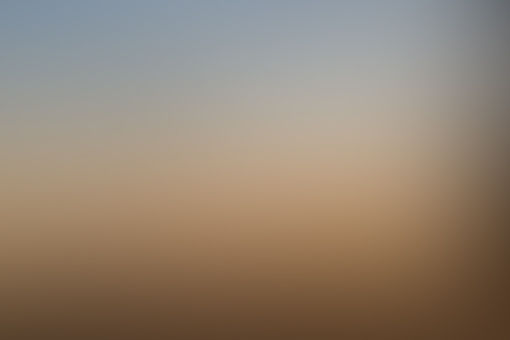 jthomas819 Community member
Autoplay OFF   •   5 months ago
Transcript
Adopting a new cat is great! The feeling of saving some poor soul who you know would have been worse off without your aid is incomparable to most anything else.

Some rescues come with peculiar habits, though...
thriller horrorscaryweirdpsychologicalthrillermurderbloodydisgustingnosleepno-sleep

There’s something wrong with my cat...

My cat is acting a bit… off. She’s a rescue, so of course she’s got a couple kinks to work out. This is a little more than that, though.

She started by scratching the walls, completely disregarding the perfectly good scratching post right next to her. It seemed harmless enough, although they were rather high up the wall. It wouldn’t be any trouble to fix, though. Just a simple matter of repainting.

Then she started pissing on the floors, even though she had a perfectly good litter box that I cleaned daily. And they weren’t just your average, cat-sized urine puddles. These were massive. Impossibly large for the size of my cat. I was perplexed at the size and unsure of how to curb this behavior. I tried doing a google search, checking pet owner forums, but all of the remedies I found didn’t seem to help at all.

Was it something I was going to just have to accept and live with? Maybe another way of marking her territory or a strange thing she picked up from the previous owner?

I didn’t know anything about the cat before I brought her home. She was pretty small, somewhat malnourished and skittish, but overall seemed to be a pretty loving cat. I figured she came from an abusive or neglectful home. I tried not to think too much about her life before me. As far as I was concerned, she had always been my cat.

Then the night time wailing began. I know what you’re thinking, cats go crazy at night, it’s a known fact. And that is true, but something about the way she meowed. The way she seemed to be calling out to something in groans that sounded more like some sort of lost language than a cat’s meow, that sent shivers down my spine.

It was something that resembled a song. Rhythmic and repeating over and over again, all through the night. I’d just ignore it, forcing myself to lay in bed and accept what was happening just beyond my bedroom door. If I wasn’t able to fall asleep, which seemed like it was just about every night, I’d have a little bit of chemical help in the form of ambien. The magic little sleeping pill that made me go lights-out in 20 minutes, flat.

I’d wake up in the morning to dead mice, rats and even rabbits placed just outside of my bedroom door. Not my front door, no. These would be inside my house, sitting right outside my door as I stepped out in the morning to make a cup of coffee.

The first one was unexpected and, naturally, I stepped right on it’s detached head. It crunched beneath my feet, sending brain matter, blood and viscera shooting up between my toes and oozing out of the cracks. I nearly vomited, barely holding it back as I launched myself toward the bathroom.

I searched my house up and down for any way she might have been escaping. A cracked window or perhaps the dryer vent wasn’t secured properly. After hours of searching, I came up with nothing. My house was sealed tight. There was no way for her to escape.

I thought that maybe she was just doing her job. She was a predator, after all. And she seemed to be a damn good hunter who kept my house free of unwanted critters and pests.

I could live with that.

I learned to keep an eye out as I exited my bedroom in the morning. Like clockwork, I’d wake up and exit my room at 7am and there they were. Like little gifts, their heads torn clean off their bodies and placed carefully to the side. My cat would simply sit on the armrest of my couch, watching and purring happily. It even looked like she had a little smile on her face.

It was the cutest thing to see her so happy. So proud of herself that she was completing her task so efficiently.

The next gift she left me was a bit bigger.

When I stepped out of my room, in my normal routine just like any other day, I was greeted by a scene of gruesome horror. Blood splashed on my walls, caked on all my furniture and pooled up just in front of my door.

My arms began shaking with a rush of anxiety that took hold of me and refused to let go. My breath became short and my heart threatened to leap from my chest.

When I looked over at my cat, she seemed pleased, like any other day. She purred happily, staring at me with a Cheshire Cat grin smug on her face. She was coated in bright red blood and had something floppy dangling from her mouth.

When I looked down at the “gift” she had brought me, I nearly collapsed. My legs began to wobble, my vision blurred and a deep seated panic settled in my bones.

It was my neighbor, Bill. He was lying on my floor. Just like every other “gift” she’d left me, he was placed meticulously on the floor with his head torn from his neck.

I stared in frozen shock for what seemed like hours. A quick “meow” from my cat brought me back to my senses.

This time, I wasn’t able to hold the bile in my stomach. This time, I hurled it out, violently coating Bill's dead body in a thin layer of yellow stomach acid.

It was incomprehensible, inexplicable and inconceivable that my cat could or would do this. I put that aside, though. I had an issue to deal with, and there was no way the authorities would believe that my small little house cat had done something like this.

After scrambling around my house, shutting all the curtains and closing all the blinds, I found myself in a bit of a predicament. The only solution, obviously, was to clean things up.

I started with the body. Best to get rid of the big, hulking mass of a man before it started stinking up the place. It wasn’t difficult to get rid of, either. I took a couple trash bags, sealed him up inside and brought him out to my garage. I popped open the trunk of my car and heaved him inside.

The blood and guts were a little more of a challenge. My floors were coated in a thick, slowly hardening layer of bright red, viscous liquid. My couches were definitely ruined. I’d have to get a new living room set before allowing anyone to come inside my house.

After hours upon hours of cleaning, things seemed to be in pretty good shape. I’d gotten the stains out of my flooring, for the most part. The new, reddish-brown hue of the couch had actually started to grow on me and there was not a single speck of blood left anywhere in this house. As my dad would say, “ya done good, kid!”

I heard my doorbell ring as I sank into my sofa.

“Hey, James!” The voice of my sister shouted through the door. “It’s Trina. Let me in!”

Oh shit, oh shit, I thought, jumping to my feet.

She’d told me a couple days ago that she was going to come by and I had completely forgotten.

“One second!” I shouted as I ran into my bedroom. I quickly stripped off all of my blood soaked clothes and threw on fresh, clean garments.

I examined myself in the mirror, adjusting my hair and checking for any blood that might be caked on my skin. Nothing that I could see, though.

I ran out and opened the door.

“Hey sis,” I said, opening it just enough for her to see me. “Sorry. I completely forgot you were coming over.”

“That’s cool,” she said, digging through her purse. She pulled out a piece of gum, unwrapped it and began chewing. “You gonna invite me in, or what?” She laughed, pushing me aside and bursting through the door.

When she arrived in my living room, she stood there for a moment. I could tell by the way she stood, with her hands on her hips and her head kinked to the side, that she knew what had transpired here hours ago.

She turned to me with a strange look about her and my stomach dropped. She looked back into the living room again and pointed with her thumb.

“Huh, oh… yeah,” I started. I was caught off guard but relief washed over me, showering me with a feeling of ease. I came up with a quick lie. “Yeah, the damn cat scratched it up so bad. Tore a hole right in the back of it. Just picked that up yesterday.”

I walked over to the couch and plopped down, keeping a close eye on Trina as I did so. She paused for a moment, confusion painted on her face. Then, she began walking through the room, seemingly looking for something.

My heart began to race as the panic, once again, set in. A bead of sweat formed on my brow that I quickly wiped away with the sleeve of my shirt.

She made her way through the dining room, into the kitchen and back around into the living room. She looked back at me with an expression of both concern and confusion.