Commaful
Trapped in the Trunk 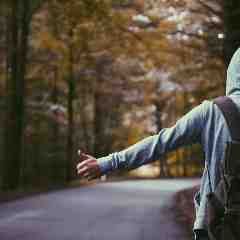 Trapped in the Trunk

Warning: This story contains scenes of a graphic nature.

A hitchhiker robbed & locked him inside the trunk of his car

.. with the body still inside.

Hearing this news on his honeymoon, the son flew back to see

..the car and to try to make sense of what happened.

Locking himself inside the same trunk where his father died

The son could see the scratches where his dad banged..

..with a screwdriver looking for a way out.

Yet, somehow he failed to squeeze his hand through a hole..

.. to press a button, which opened the trunk.

Suddenly, the son realized the hidden “gift” in this tragedy

As painful as this lesson was, the son realized..

“Life is about finding the right button to push..

..that helps you get out of the box.”