Commaful
Switched souls By Joelle Zoe A miraculous fan fiction with a new character from another universe. 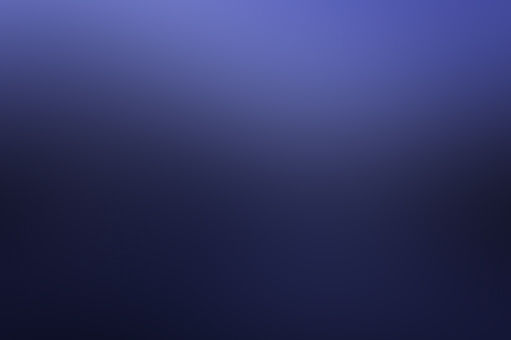 joellezoe Community member
Autoplay OFF   •   3 months ago
Transcript
It was a winter in Canada, snow fell to the ground and sounds of shovels hitting the ground was heard from the neighbor hood. Joelle a normal girl slowly walks home after a long day at school. " Aughhh I'm so tired of life!" Said Joelle.
fanfiction miraculousmiraculous ladybugladybugladyjoellechat noirmiraculousladybugfanfictionfanfictionfan fictiontalesofmiraculousladybugtalesofladybugandchatnoir

Switched souls By Joelle Zoe A miraculous fan fiction with a new character from another universe.

It was a winter in Canada, snow fell to the ground and sounds of shovels hitting the ground was heard from the neighbor hood. Joelle a normal girl slowly walks home after a long day at school.

"Why is everyone in my class so rude?" "What did I ever do to them?

" Joelle was a girl of positivity to others but negativity to herself,

she never tells anyone what she thinks and keeps her emotions to herself but things got worse in her mind ever since she watch miraculous ladybug a few weeks ago.

She saw how everyone in that class was so nice and everything and how there were boys who helped each other(aka adrien).

"I just wish I could disappear from this world and appear in miraculous , life would be so much better and easier."suddenly a car comes driving and it hits Joelle with force....

Back in the universe of miraculous.

"CHAT WE ARE IN THE MIDDLE OF AN AKUMA ATTACK, CAN YOU PLEASE CONCENTRATE?"ladybug said. "But m'lady its pun-believable that this is our 10th akuma attack TODAY!"said chat noir.

"CHATTT!!"Ladybug yelled. "WHERE ARE YOU?!"Ladybug yelled again with concern on her face. "HeRe!". Ladybug sees a small figure under bricks of concrete on top.

She runs over to him,"kitty are you ok? Did you get hurt?"and then she sees a big gash of blood on his right cheek.

"oh no"ladybug whispered, "we need to get you cleaned up chat noir, let's go".

she grabs him and brings him to her balcony "I'm gonna ask my friend marinette who lives here to get me some first aid bandages, so wait and sit here ok?

", "Ok"said chat as he gets comfy on the lounge chair. Ladybug goes in the room and gets the bandages and goes back up the balcony.

15 mins later she cleans and bandages up his cheek with a huff. "Chat you should go home now and get some rest."said ladybug with a concerned and tired face.

"Okay m'lady if you say so, but what about the akuma?" "We didn't get the akuma yet."said chat with also concern on his face.

"I'll get it by myself while you rest, ok? Now go to your home and I'll do the rest of the work"she said.

Chat leaves with a hop leaving ladybug alone with a deep though, "why is being a superhero so hard and complicated?"ladybug thought.

"If only I could have a few days of being a normal person maybe in another world where there's no need to catch akuma."ladybug said as she signed.

Suddenly there was a huge flash of white light and ladybug was left on the balcony unconscious.

"Huh? where am I?" Joelle said as she looked around. "MARINETTE! You're awake" Tikki yelled. "Huh? I'm not marinett-" WAIT

"Waittttt where am I?"Joelle asked . "Umm Marinette you're on your balcony."tikki said with concern in her voice.

" AHHHHH WHAT ARE YOU!?, WAIT !, OMG IS THAT TIKKI?" Joelle screamed with wide eyes. "Marinette are you okay? Did you lose your mind or something?"tikki asks. "...

AHH WHO AM I KIDDING I BASICALLY TRAVELED THROUGH UNIVERSES AND AND GOT INTO A MAIN CHARACTERS BODY AND LIFE!" Joelle screamed and started panicking.

"Oh no tikki what am I supposed to do?!, if I'm switched with marinette does that mean she's in my body?!, wait but i got hit my a car, so what if I'm dead, wait WHAT IF THIS IS HEAVEN?

! Joelle also screamed out. Tikki on the other hand is watching whoever this Joelle is, in panic and tries to figure out how to solve this problem or first figure out what the problem was.

"Tikki, do you know what happened and why i am here?"Joelle asked. "Well Marinette was in a fight and chat noir got hurt so maybe she got really tired of being a superhero!"tikki guessed.

"Wait so maybe something went wrong and marinette and i got switched because we both wanted to be somewhere else !"Joelle exclaimed.

"Hmm that could be a possibility, but how do we get her and switch you guys back?"tikki asked. "Maybe master fu can help us! This must have happened before!"Joelle said.

"How do you know about master fu Joelle?!"tikki asked with a surprised face. "Oh um in my world there's a tv show about ladybug and chat noirs life but you guys aren't real in that world.

"Joelle said as she got up from her chair. "Oh ok that's very interesting!" Tikki said.

" woww I never been in marinette's room before! It's so cool in here!" Joelle said as she came down from the balcony.

"Joelle you have to pretend to be marinette until we get to masterfu's place because I don't think anyone should know about this!"tikki told her.

"Oh that won't be a problem, I know exactly how she acts! She's clumsy and if Adrien ever comes I have to start stuttering or hiding!" Joelle said As she looks around marinette's room.

Joelle walks down the long flight of stairs to the bakery "ok I can do this" Joelle says with confidence. "Hi maman, papa!"Said Joelle. "You're just on time marinette, dinner is ready.

"Said Sabine. Joelle gets ready for dinner and sits down with the family. "Wow you guys made delicious meals! Yum."Said Joelle as she took a big bite of the curry and rice .

After a few minutes Joelle finishes the dinner and asks her parents if she could go outside for some fresh air. "Of course dear "her mother replied.

"Thanks maman! I'll be back in a few minutes!"Joelle said as she goes out the bakery door . "Okay tikki how do we get there?" She asked. "Follow me "tikki said. "Alright ".

After a few minutes of running around Paris Joelle and tikki finally arrives at Master Fu's place.