Commaful
For the first time in months, he was going to breathe fresh air, and Peter was so excited. 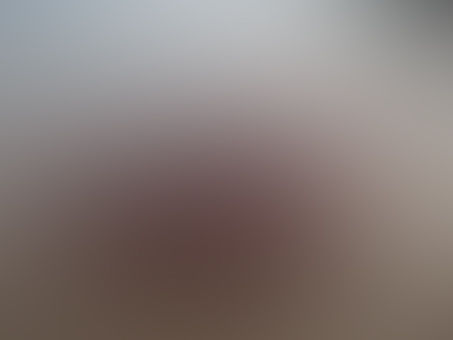 jesslane Just a fat girl in a nerdy world
Autoplay OFF   •   6 months ago
Transcript
On a mission to a Hydra base, Tony Stark comes across a 'little' problem in the form of a boy named Peter who once was a normal teenager. Now, the size of Tony's thumb, the boy has a hard life ahead of him. Can the Avengers fix him, or will Peter be doomed to stay that size forever?
fanfiction marvel fanfictionavengersgiant/tinyshrinkingtiny peter parkerno kinks just flufftony starktony+starkpepper pottsmorgan stark avengers fanfiction

For the first time in months, he was going to breathe fresh air, and Peter was so excited.

Sean was late. Brown eyes glanced at the clock for like the hundredth time in five minutes. Sean was never late.

It was three-forty-three, thirteen minutes after the Scottish scientist was supposed to show up for their lesson. Like Peter, Sean was also a captive of Hydra.

The man had told him one day that Hydra had his family being watched, and that they could hurt them any time they wanted, or any time he didn't do what they wanted.

Sean was a lot nicer than the others in the facility. He didn't grab Peter like he was a doll, with a force that bruised his ribs at times. And he didn't give him any of those stupid shots.

Well, there was that one time when Peter first was taken to the facility. He'd been normal-sized then, just a regular teenager, looking the same as the other teens. Terrified.

Then, the serum was administered. Peter hated that day, remembering the pain he felt of his body shrinking in on itself, his mass almost doubling as his bones broke and then healed stronger.

But, he couldn't think about that right now. He was worried about Sean! He began to pace in the small hamster cage they'd given him, blue and red uniform hanging off his shoulders.

At least Peter wasn't alone in the room. There were others like him. Well, not exactly like him, but they were experiments, too.

And even though they couldn't speak, they still were able to communicate to a point.

There was a noise, almost like a crash, followed by someone cursing. The girl across from Peter stared at him with fearful wide eyes, the feathers on her wings puffed up.

Suddenly the door slammed open and in ran a squadron, all with guns drawn. One by one they stopped in front of the 'cages' they were in.

Peter was rooted to the spot, staring at the barrel of a gun that looked like a gaping hole. They were there to kill them...

In unison, the guns went off, and all the experiments fell in their cages, blood splattering across the walls.

Peter, however, was able to dodge the bullet aimed for him, flipping to the side, grabbing onto the bars of the cage.

The soldier looked at him with hate-filled eyes and began shooting round after round into the little hamster cage, but Peter was able to sense them all, dodging them,

but wasn't able to predict the cage would fall to the floor. The boy crashed to the floor and slid across the floor, under a table.

He was dazed, but he saw the men were looking for him and hurried to crawl to the underside of the silver table, hiding in the shadows of the leg.

A pair of knees crashed to the ground and searched under the table. "I think it's dead," a man with a thick German accent said.

"There's no way it could have survived that fall, plus the bullets." The knees disappeared and Peter breathed again. Only to stop when he heard another voice.

It sounded cocky like it was the best in the world.

There was a whistle and suddenly all the soldiers fell, their lifeless eyes staring up. "Oh my god.." Peter heard the man whisper.

A pair of red and gold feet began stomping through the room, surveying the damage. "Cap, we got casualties in here...I don't even know if you'd consider them human anymore.

" The feet slammed close to the table Peter was hiding under, the vibration enough to make the boy lose his grip and fall to the ground with a small 'oof'.

Instantly those feet moved, and machines were heard powering up. "Whoever's there, come out. I don't want to get caught in the rubble if I have to shoot."

Too scared to move, Peter scurried until his back was pressed against the cold metal table leg, his breathing coming in short gasps. "D-don't!" he cried, voice cracking in fear.

That voice sounded young to Tony's microphones allowing him to hear inside the suit."I won't, kid. Just come on out." The machines powered down.

He looked around the lab at the blood-splattered glass. A lot of the faces looked too young to be there... Too young to be dead. How could a person do this to kids?

Peter took a deep breath and stepped toward the edge of the table.

He'd never been on the floor before in his current state, so to see a person towering one hundred feet above him didn't do much for the boy's fear level.

He craned his neck to he could see his rescuer, but all he was able to view was the bottom of the man's chin, which was coated with a dark-haired beard, shaved into a somewhat familiar shape.

Where had he seen that beard before?

The billionaire was worried about the child's state, was he hurt? "Where are you, kid?" Just how well hidden was this kid?

He noticed the destroyed cage on the floor but didn't pay much attention to it. Instead, he chose to keep his gaze on the room around him.

Peter watched as the man's head look around high above him. That was when another person came into the room, but this person was even bigger than the metallic man. "Oh my god...

" His voice was deep as he looked around the room. This man scared Peter even more than the metallic man, with his very large muscles bulging against the red, white and blue of his outfit.

He clutched a very large-to Peter anyway- circular shield with the same colors as his suit that had a single star in the middle.

"I had no clue Hydra were doing this," the muscle bound man whispered, shaking his head and looking down. Right at Peter.

The boy's eyes widened and he shook, taking a step back as the muscled man yelled, "Tony! Don't move!"

Tony? Why did that name sound familiar....then it clicked. The suit. The beard. The voice. He had this person on his wall on a poster in his bedroom back in Queens.

This was Iron-Man! And, the man next to him was Captain America! Two of his idols were in the same room as him! Peter felt relief blossom through his chest.

The Avengers had come to save them! Then he realized with a heavy heart that he was the only one of the experiments that were going to leave here alive today.

"What's wrong, Spangles? Why can't I-oh." Tony's helmet crawled away from his face as he looked down where Steve was staring. "Oh man...

" Slowly he knelt down, hand over his knee, groaning a bit as he got down. "Hey, there, um...little guy..." Was this the same kid that had called out to him? It couldn't be.

Either that or he would need to see how much he'd calibrated his microphones to pick up.

He did have Scott Lang in mind and the airport battle where the tiny man had snuck into his suit and began pulling out wires and talking to Tony.

Peter could only lift his hand, too star-struck-and scared- to speak. Mr.

Stark was looking right at him! He was probably the luckiest kid in the world right now! Well, he would be if he weren't the size of one of the man's thumbs.

That really put his situation into perspective. "Are you okay?" Mr. Stark asked, snapping the boy from his thoughts.

He brought his face closer, close enough so that Peter could see every twitch of his expression change through shock to worry, then back to shock. The boy nodded but took a step back.

"Hey, don't do that. Wouldn't want you getting lost before we got you out of here." As slowly as he knelt, Tony lowered his hand to the floor, resting it palm up in front of the boy.

"We don't have a lot of time, and I don't want to hurt you by grabbing you.

Can you climb on?" His eyes went from the boy on the floor to the palm of his hand, almost not believing what he was seeing.

Peter could only stare at the hand in front of him, the size of it making him feel even smaller. "Come on, kid," Mr. Stark said impatiently.

"This position isn't exactly easy for someone who hasn't done pilates in years.

" Peter was shaken out of his fear by a faraway explosion, and ran up to the hand, climbing up on to the cold metal, shivering when his bare feet touched it. "Hang on," Mr.

Stark muttered before the boy felt himself pressed down into the cold metal by gravity, the wind rushing around him as the man stood and turned.

"Are you the only one that's alive?" the man asked, his helmet crawling over his face.

"Y-yes, s-s-sir," Peter finally spoke, flinching when Captain America jerked in surprise. He looked at the boy with wide blue eyes that were almost hidden by the blue of his mask.

Peter could only look forward, away from that distressed yet mystified wide-eyed stare.

The boy could only hang on as the man started walking quickly out of basically the only room Peter had seen in six months.

He was brought into a very large, very long corridor, his eyes taking everything in when suddenly someone came running up to them, red and white streaked hair flowing behind her.

"I grabbed a few things from the labs. The scientists there were very...generous," she smirked holding a few tubes with orange liquid in them. Then her gaze landed on Tony's palm.

"What the hell is that?"

"Not important," Tony said. He didn't want to stop to explain the situation just now. "I'll tell you on the plane. Where's Banner?"

"He made his way back to the plane a few minutes ago." Natasha couldn't keep her eyes off the little person who was clinging to Tony's thumb.

Peter felt his hands and feet stick to the metal, keeping him from falling, but at the same time,