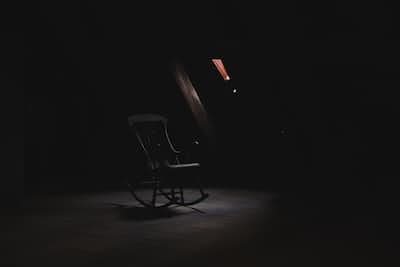 jedi0101 Community member
Autoplay OFF   •   3 years ago
Transcript
I feel as though I am constantly being watched.
fiction watchedhorror

Have you ever felt as though you are constantly being watched?

I have been feeling like this recently, and it has consumed my thoughts.

I feel like I can't preform or think properly due to the feeling of constant eyes watching my every move.

It is an unnerving feeling, but I was sure I had just imagined it.

Early one morning, I woke up when the sun had yet to show itself. I looked into the darkest corner of my room, and I saw a figure.

It was a relatively tall figure that was completely black. I only saw it for a minute before it disappeared into the darkness.

I thought that my lack of sleep had affected me, and that i was just seeing things. Thinking nothing of the event, I fell back asleep, still feeling but ignoring the ever-present stare.

I woke up once more when it was daylight outside.

I had pushed aside the creepy experience from earlier and continued on woth my daily duties.

On my way back to my house, I felt as though I was being followed, as well as being watched.

It was nearly dark outside, so I began to hurry home.

I was nearly there when I felt a tap on my shoulder.

I turned around and I was faced with something. It's face was in the shadows of his hood and it was wearing all black.

It was pretty tall and its long and unnatural fingertips were peeking from underneath his oversized hoodie's sleeves.

I tried to scream, but nothing came out. He placed a hand over my eyes and all I saw was darkness.

I never woke back up.