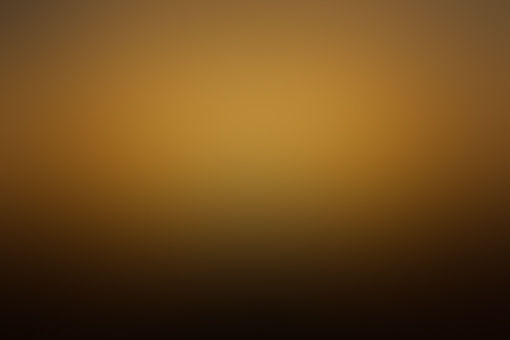 "Daddy! Where are you?!" A four-year-old Lin toddled down the long spiral staircase. "Daddy!" she yelled. Moments later she saw her dad pacing nonstop in their small living room.

He was muttering indistinctly.

This was not the reply Lin was expecting. But she answered anyway. "Hi, daddy. What wrong?"

Lin's father was clearly upset. Lin recognized this and walked away. Before she fully left Lin whispered, "Bye daddy."

As she walked away, her tiny brain worked out what she just witnessed. Hmm, Lin pondered. When big people talk about moneys... bad.

Lin's problem began that day. But it wouldn't end for quite a while.

The only thing she was thinking about was going home from the long 7 hour day. Lin's thoughts were interrupted by a sharp piercing voice that echoed throughout the room.

Lin immediately turned to her book trying to block out other girls' chuckles. They always got on her nerves. She tried to focus, but Freak the mighty just wasn't interesting.

Lin was sick and tired of the day. After what felt like hours, the bell rang out like a bicycle bell. At this Lin ran out of the classroom and sped into the direction of home.

Once she wrenched open the front door, she witnessed a ringing silence. Lin was used to this. Although, she always liked it when her dad and Chris came home. At the thought, she smiled.

But soon Lin sighed. She had homework to do. Before she could start the doorbell rang.

"Chris! Is that you?" She shouted. There was no reply. All Lin heard was the running footsteps of the mailman. Lin raced to the front door. Maybe it's from Uncle Greg! She wondered.

When she opened the mailbox Lin was disappointed. There was nothing from Uncle Greg.

Lin rushed into the house and put the bill on the table. To Lin, there wasn't anything to do besides homework and waiting.

An hour later, Chris arrived. Bolting through the door with his red socks jersey, he waved to Lin.

"Mr.Chris to Lin monkey." He chuckled.

Chris frowned. "I don't know. He's probably coming soon though," he added. "See ya Monkey." Then Chris bounded up the staircase as fast as he could.

"Same as always," her dad grunted. He handed Lin his trunk. "Here, Carry this for me ok? Oh and get your brother."

This was never a good sign. But still, Lin carried the suitcase up and knocked on her brothers' door.

Chris came out. He too looked nervous. "What is it?" He asked

"He looked really stressed the last time I saw him"

"I know. I'm starting to get worried."

"We should go down and see."

When the two walked down the spiraling staircase, Dad acknowledged them.

All the hope the family once had seemed to disintegrate from their silent souls. Lin felt like happiness was stripped from her like scraping wood. Then she said in a quivering voice,

Dad's face fell. He looked like someone had kicked him. He looked at the ground and looked at his wife's picture. Then Dad sighed and swallowed and he said,

And that was that.

The bad news had an effect on everybody. Lin cried and cried in her bedroom that night. Chris didn't pick up a single lego. Dad didn't even cook dinner.

All of them were thinking, Why does this keep happening to us? It had the worst effect on Lin. Even in her soft purple bed felt hard. Lin had been expecting this for years, and it happened.

She seemed to have the worst luck ever. And her luck never got better, the luck got worse. Lin couldn't talk. She couldn't think.

"You know everything's going to be ok. Right Linnybug?"

"Yes, dad." Lin sighed, even though she really doubted it. Bad luck never came and went; it stayed, in their family tree.

"Yes." Lin yawned. She had not noticed how tired she was until that moment.

Dad shut the door and Lin laid in silence for a while. She looked up at the shining stars on the ceiling. They twinkled and danced. But unfortunately, Lin wasn't.

The next morning, Lin woke up to hear birds twittering and singing gleefully. She yawned a big yawn and smacked her lips. Lin looked at her clock. The clock read: 7:10. Well, that's early.

Lin thought to herself. Time to take action. She was up late last night thinking of a way to get money to her father a job. And Lin had a bright new day, a bright new idea, and a bright smile.

She had vowed that someday, somehow, her dad would get a new job. And she would help. Lin got straight to work. She found a few lemons, some sugar, and a hint of cinnamon.

Lin found the bright yellow lemon squeezer. At first, she grimaced at it. But it was the only way to get money for her father.

Lin squeezed 4 lemons until a fountain of lemon juice sprayed into her hazel eyes.

"OW!" she exclaimed and then she got quiet. Lin did not want to wake her brother and dad up. She wanted to surprise her father with the amount of money she would hopefully get.

Lin rushed to the sink to rinse out the stinging burn that always stayed painfully. Still strong, Lin threw sugar and cinnamon in and stet off into her world of troubles.

Once she got set up, Lin waited for customers to come. She had been expecting this. How many people are walking at 7:20 in the morning? Lin waited for about half an hour.

Finally, a customer came. His name was Mr.Max.

"Hello Lindsy, how are you doing today?" Mr.Max asked.

"I'm a fine miss. I was just a little thirsty, and now some lemonade here? I'd like a cup. Full please."

So, Lin poured him a cup of Lemonade. Full, as he had asked. "How much?" Mr.Max prompted.

"Ok, Ok. Just a second," Mr.Max searched in his jogging suit to find 50 cents for Lin. "Here you go. Have a great day in business Lindsy!" he winked.

Again and again, Lin filled cups of lemonade. Until, her fancy neighbor, Shannon brought lemonade out. Suddenly the line at Lin's stand thinned. The crowd went to Shannon's stand.

Shannon's stand had pictures and pitchers of lemonade. Her parents were rich. Shannon let everybody know that at school. Shannon was always the main attraction. Anger boiled up in Lin.

How dare she! Taking over my crowd. Lin fumed. Seeing Lin shaking her fists at her, Shannon waved a wad of money at lin with a silly smirk on her face.

Sadly, Lin knew that it was no use to fight it. She packed up her stand and went inside. Tomorrow, she will hopefully have a new Idea.

Hey! I can sell my doodles! The idea blocked all other thoughts in Lin's head. But then she remembered that her dad wasn't so happy when Lin was squeezing lemons at 7:00 in the morning.

Lin finally decided to tell her father her idea. Once she got the approval she would start drawing.

As she walked down the eagle gray staircase, she saw her dad open-mouthed and very pale indeed. Lin's eyes followed what her dad was looking at. She too froze in surprise.

The lost job was child's play compared to what was on the screen. Their property was finally, dreadfully gone. The government had repossessed the house. Their beautiful house.

Lin broke the silence with a shuddering gasp.

"Gone. Is it daddy?" she whispered.

Her dad responded with a silent nod. "Go get your brother Linny. And tell..." His voice drifted off. But Lin understood.

And without a word, Lin walked up to their not owned staircase to her not owned brother's room.

Before the unlucky family left the house, Lin's father called his father-in-law to confirm the move they might do, Lin sat by the dark purple chair that her mother used to read stories to her.

Lin sobbed softly, holding onto her bear Fluffy. But now nothing would stop the miniature tears that were leaking out of her hazel eyes. It was not a pretty sight.

Lin felt like a mouse with a cat's yellow eye draping over her...

"Linny! Hey Linny!" her father shouted to her.

Then Lin realized that she had fallen asleep. "Yes?" she grunted.

"To grandma's house lin!" Chris chimed in. Then Chris looked like he had been stabbed with a pin. "What do we do?" he whispered.

"I don't know." And this time Lin wished that she did know, for once.