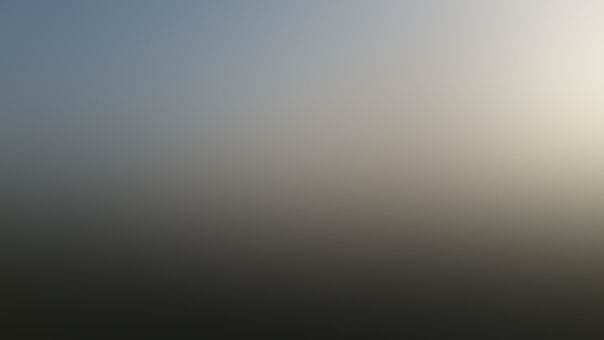 jayajakvenus Community member
Autoplay OFF   •   6 months ago
Transcript
Never will I let another Titan go. Never will I let go that my comrades died at their hands. I WILL KILL ALL TITANS!!!!
fanfiction attackontitanattack on titanocsjayabountyhuntersbounty huntersfanfictionfan fiction

They deserve her... They all belong down below... for what they're done to me, my squad, and to all of humanity. I swear...

I will never let another one go alive! They all will pay for what their partner has done. No Titan will live... if this world was perfect. And I will make it that way.

I will eradicate all of them, so they can see their fallen comrades... to feel the pain that we, humanity, feel constantly. They will feel our iron fist closing down on them...

and they, the Titans will be crushed underneath humanity's grasp... And I will lead them there.

Luke at my side, and Jakki's post operated by another person... I can slay them all. Jakki won't be here to see it... but she'll be told how her sacrifice was made to help our victory.

If she dies... the Titans will never, ever, ever, live long enough to have a final breath. I'll find them all, and destroy them all.

"Captain Jaya! Down below!" Jakki's replacement brings my rage back into focus. This brute... his species brought my regiment down. He would pay for what they did.

"Luke! Down here!" I commanded, jumping onto the Titan's shoulders. He follows. By the look on his face, I must be steaming with anger. "To the left of me!" Luke follows my orders.

"Captain! One on the left!" Jakki's replacement calls. I whip around just in time to see the hand flying towards us.

"Luke! Deal with this one, I've got the-" Luke quickly slices the Titan and pushes off it's corpse. He jumps up to join me. On top of the building, we could see everything.

Along with all of the incoming Titans. The sight of all of those monsters entering our territory, the territory we fought for constantly, enraged me.

This is our territory, and I'll do anything for it, even if I have to die. If dying in the line of duty means that I avenge my comrades...

I will do it! If dying means I help humanity destroy these monsters... so be it.

But I can't die. My skills, along with everyone else's matters. Our skills are what will lead us to win this battle. Not the war. The war against the Titans... it's outcome is clear.

The Titans will win. But if... if humanity can pull through to fight another day... it's a mission accomplished. As long as we kill Titans, our mission is continued.

The Titans incoming range from 5-meter class to the 20-meter class. No sign of the Colossus Titan, which was good. But our odds were not good.

"Luke!" His head snaps to attention.

"Follow me in the five-meter class right there! From there, we keep going! We must seal up the wall and stop them from coming!" After a small pause, I add, "For Jakki and company."

"For Jakki and company." Luke breathes.

"Let's go! It's now we go or we'll never live to fight again!

" My battle call was apparently heard by many of those fighting the Titans, for there was a cheer and a sudden rush for the wall, and the Titans entering through it.

Everyone... Everyone wanted to eradicate the Titans like I did. We'd all suffered the death of a comrade... and that only made our effort even stronger... all of them...

Sasha, Connie, Jean, Eren, Armin, Jennifer, Carla, Mikasa, Erwin, Leon, Levi, Petra... They all had suffered losses, and we're ready to fight back. All of our pain makes us stronger...

and our comrades will be avenged. The Titans would pay for the casualties...

"Where's the rest of your squad?! With three you have no chance!"

"They died. During yesterday's attack," My voice sounds oddly cold, no emotion dresses it. "There weren't enough soldiers to replace them. And Jakki is out too." Eren grunts.

He had more pain than me, I knew that. He hated Titans even more than me, if that is possible. He wants them to be eradicated, just like me. The Titans are no match for humans.

Humans have emotions, which is irritating, but gives us a leg up. Emotions motivate humans, while Titans are emotionless beasts. Motivation is needed.

"We'll... We're going to have to stop the incoming Titans." Luke informs us.

"Eren, at least bring your troops to the wall. Rendezvous there?" I asked. He tilts his head.

"I'm not the one in charge, Captain Levi is.You'd have to ask him."

"Mind passing along the message?" My voice is more desperate than I hoped. Eren cocks his head.

"If I can convince him. But that's unlikely. When Levi has a plan... he doesn't listen to anyone besides his own comrades. Not even my year."

"Petra will listen, won't she? She can get through to Levi." I pleaded.Why am I desperate? I didn't want to admit it, but we needed all we could to prevent the Titans from entering any further.

Even the up tops, the Survey Corps... which I aspired to join... once I got revenge here behind the walls, I'd venture out and kill the rest of the Titans out there.

Then I'd get my full revenge. I'd be accomplished. I'd have solved humanity's problem. And I could see what the rest of the world looked like... was it as hellish as inside the walls...

peaceful? Rid of Titans? A place with... Hope?

"Petra is loyal to Levi," Eren replied. He swings up onto a higher building. "I'll be off. If we're lucky, we'll meet you at the wall entrance." he pauses. "Death to all Titans!"

"Death to all Titans," I nodded. "And rest in peace those who they slaughtered... the dead don't rise."

"Jaya! Behind you! 5 meter class!" Luke's voice is low, which means he's either hurt or terrified. By the way his voice was coated, he was in pain.

"Luke!" I cried out. "Is everything fine?!" I whip around. Luke is on the ground, his swords strewn. "LUKE!" My voice went up a couple tones when I saw what had happened. This...

I had to get Luke back to camp, Anaya knows how to heal! He just had to pull through this short journey back to camp... if he couldn't make it... No. No. No, no, No. Luke can't die now.

A long time ago, I had a policy. No friends. They just end up betraying, fighting, or leaving you. Personal pain couldn't get in the way of life, you just needed to keep going. Keep going...

those were times when we had... A chance? But now... the only... The only chance is to get him up, and have someone else bring him to medical. I... I must continue without him.

If I leave, humanity's ranks will be down two valuable soldiers, and not just one.

Is this what having a counterpart is like? To feel... pain when you have to leave them behind? Happiness when you fight side by side? What is the price for having comrades more close to you...

"I have to keep fighting." I reminded myself. "Now I don't fight only for myself... I fight for me, Jakki, Luke, and all of my deceased regiment!" I turn back to a soldier, this one named Jane.

"You," I barked. "Take him back to camp. Bring him to Anaya. No one else. Got it, soldier?" Jane nods, and she hurries off. Strange she didn't have another person in her regiment...

but maybe she lost them too...

I sighed as I watched Luke's body go off into the distance. Out here, I was doing my job, he was doing his. While I slaughtered Titans, he would get better and join me in slaughtering Titans.

I turn my head and jump onto countless Titans's backs, slicing away, making sure none of them get any farther.

My blades are like feathers, I'm so used to holding them, they've become a part of me. As does this life. Titans fall from under me, I take no second glance.

They have made life the way this is... And they will pay. Whether they killed my regiment, their species is dooming humanity... and that is a large price to pay.

I keep going, stopping for nothing.

It's a long way to the wall, and even more Titans still coming in... but maybe if we discourage them by killing all of them inside... no. No.

All we need to do is slay them all and our problem will be solved. Simple... effective. With strangers at my side, I take the lead. Titans below, left, right, all over. They just keep coming...

but so do I. I had to make it to the wall at all costs... if we can stop the flow... then we can come further in and get rid of the rest. Eren and his crew must be waiting...

I can't waste any time. I need more people to assist...

"Regiment 4! Meet up at the wall, we're going to stop the flow of Titans!"

"Why should I listen to you?"

"Because it's the last hope!"

Humanity is not helpless. We won't be until we're all pushing up daisies. We have a chance... to be not helpless.