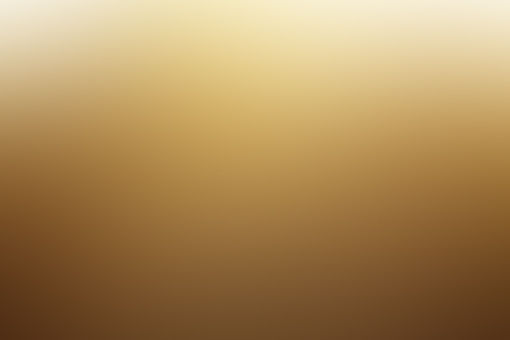 jayajakvenus Community member
Autoplay OFF   •   6 months ago
Transcript
After about a week of walking, eating, and imagining the horror that awaited her, Shocklette knew she was close. The air was getting cooler and the sun stopped shining as brightly. Later on, the sun stopped showing itself completely. The air smelled of smog and reeked of dead animals.
fiction part 3part3

After about a week of walking, eating, and imagining the horror that awaited her, Shocklette knew she was close. The air was getting cooler and the sun stopped shining as brightly.

Later on, the sun stopped showing itself completely. The air smelled of smog and reeked of dead animals.

With every step she took, the wind whispered warnings: (Go no further! Danger ahead! Do you dare?). The more steps Shocklette took, the more uncertain she got about her journey.

Until the day was interrupted by a huge roar from the distance. Shocklette tensed. Her hand gripped her sword. There was a roar again, closer when a shape tumbled by Shocklette.

Her hair blew in her face at the force of the things' speed. She hadn't seen much of it, but she knew for a fact that it was a dragon. She didn't dare look at it again.

Later, when the dragon returned, Shocklette was ready. She had plans in her head, the rebirth rock in her hand and the sword in the other. Shocklette was as prepared as would ever be.

She slowly crept upon the ashen ground to the cave where she assumed the dragon lived. It wasn't a long walk, but it seemed longer with every step.

The air grew hotter as Shocklette grew closer, and the smell of smog was greater still.

Finally, the time had come. As Shocklette stepped into the cave, all she felt was fear and warm breath. She came to her senses and saw the dragon sleeping on the cave floor.

With one fell swoop of her sword, she struck the dragon. The dragon rose and roared like a captured lion. It attempted to pounce on Shocklette, but Shocklette was ready.

She ducked and aimed for the dragon's eyes. If it couldn't see, she would have the upper hand. As hard as she tried, she missed. The dragon noticed her tactics.

The dragon roared again, louder this time. The roar gave Shocklette a deaf spell as she got to her feet. She had one shot at destroying it, so she would have to take her chance at it.

With one mighty leap, Shocklette crawled up the dragon's scaly leg. Instead of being cold and slimy it was hot and smooth. It felt like hot coals on her unprotected palms.

To prevent herself from getting burned she hoisted herself onto it's back. Shocklette got to her feet as she sighed in fear and disbelief. It was time to play hard to get.

The dragon roared as she crawled to its tail. Shocklette smiled at how fierce she could be. The dragon shook it's tail wildly, trying to catch her in his grasp.

Shockletteheld on like her life depended on it. (Which it did). She kept dodging and dodging his attacks. When the dragon's tail came close, Shocklette swiped at it with her sword.

The dragon roared in agony and began to fight more vigorously. The battle raged on with Shocklette and the dragon evenly matched. When the dragon swiped, Shocklette dodged.

When Shocklette swiped, the dragon dodged. It seemed as though there was no end to the battle until Shocklette slipped off the dragon's back and fell to the ground.

Along with the stars popping up in front of her eyes, she saw a ferocious dragon creeping upon her. His eyes were alight with flame and malice.

Shocklette was paralyzed from the fall and from sheer terror. She screamed, and without meaning to, she created a wall of magic between her and the dragon.

The dragon, still advancing, got a shock from the force field. He whined and began to massage his shocking parts. With a smile, Shocklette got up and broke the force field.

With a battle yell, she charged. "FOR DALECUS!" she shouted maliciously. The dragon's and her duel continued, more dangerous than ever.

The dragon started to use his more dangerous power: fire breathing. He breathed hard on Shocklette. She cried out in pain when the flames singed her left arm.

She wouldn't let a small injury like that stop her.

Shocklette swang and swung her sword, trying to strike the dragon, until she made her fatal mistake: her sword dropped to the ground with a clatter.

Her mind went lightspeed when she tried to figure out what to do next. The dragon was still coming towards her, so without thinking, she conjured up a magic sound in her hand.

This sound was even more powerful and she could handle it better. Her body was alight with power, thanks to the sword she had.

The dragon seemed to notice how powerful she was, so it started to back away into a corner. Shocklette had cornered him! It didn't know what to do next, for it had no way of escape.

Ready to finish him off, Shocklette swung at the dragon, yelling as she delivered a final strike. The dragon disappeared into a puff of smoke.

And then all was quiet, except for Shocklette's warm breath. She had done it!

She yelled in spite of herself. Shocklette was sweating and panting, but a tired smile appeared on her face as she collapsed on the ground from exhaustion.

Shocklette returned to Dalecus as a hero. The king gave her a fine trophy and an invitation to a ceremony. He had a gleam in her eyes when he said 'ceremony'.

Ally greeting with a hug and "I knew it! I knew you could do it!"

Shocklette had gone from prisoner to hero. That was the biggest surprise she endured when she came home, until the ceremony...

When Shocklette walked into the castle again for the ceremony, she was greeted by many "Congratulations!" Shocklette didn't understand why until the ceremony started.

The king talked about Shocklette's bravery and so on.

"...However" he continued. "She has not only shown bravery but a responsibility. I doubted her before, I'll admit. No one has had the bravery to take down the dragon before.

Not even I, your most noble leader. Yet, a little peasant girl did it. So it is with my greatest pleasure to call Shocklette Ocasickly, Dalecus's very own hero up here."

The room erupted into applause. The doors at the end of the hall. A hush fell over the room. It was Ally, the princess, walked in with a sword in her hand. She was smiling brightly.

She winked at Shocklette when she reached her and said:

"It is with my greatest pleasure, to stand on this stage with our kingdom's new hero. Also, it is my greatest pride, " she smiled at Shocklette "to knight you, Shocklette!"

Shocklette couldn't believe it. She just smiled and wiped happy tears from her face.

"Thank you," she whispered. "Thank you very much."

For a first story... How was it? I need feedback.