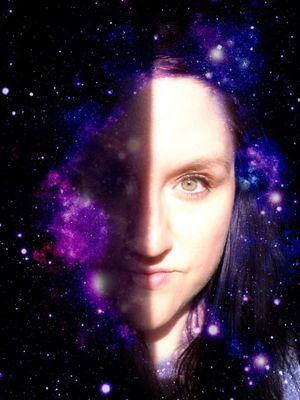 YA Author & Random Awkward Dancer
Autoplay OFF   •   3 years ago
Transcript Use Images
Just a weird, rhymey story about a creepy old house and the legend that haunts it.
thriller poemlegendshauntedhauntedhouse/

Some houses are haunted by more than just ghosts....

The house stood quiet, vacant for many years.

It was haunted by legends and tainted by people's fears.

No one dare stepped foot inside the house, for they knew the fate that would surely come.

But there are always those who find legends to be exciting, and the adrenaline of fear and the unknown to be fun.

The wind whistled through the trees that evening, as if to send their team a warning.

Even so, they continued on, prepared to stay until morning.

"It doesn't look that scary," one of them bravely said as he looked at the old house from afar.

But several were quickly filled with dread as they all got out of the car.

Walking toward the house as night slowly fell... they heard a distant scream that sounded like it came straight out of Hell.

"I don't think this is such a good idea," one of them admitted as fear crawled up her spine.

The leader of the team turned his flashlight on and assured them it'd be fine.

As they stepped up onto the porch, they heard loud thumping come from inside.

Some of them got excited, thinking they were in for one wild and scary ride.

"If we stay here all night, proving the legend untrue, we'll be the talk of the town," the leader said.

"And we'll really be the talk of the town if we all end up dead."

"We're not going to die," he assured her as the door opened with an eerie creak.

Another distant scream echoed all around them, causing several of them to freak.

"Tell me you guys heard that," one of the girls whispered, chills popping up on her skin.

As soon as they were all inside, they were immediately filled with fright.

"We need to get out of here," the leader warned, "something isn't right."

Suddenly, they were plunged into total darkness, causing them all to scatter.

At that point, though, it was too late and it really didn't matter.

"What's going on?" a girl yelled, frantically trying to find the door. When silence was all she got in return, she found herself falling to the floor.

"Guys, this isn't funny," she fussed as tears fell from her eyes. Her team was gone, and she was alone, with no one to hear her cries.

As panic set in, she scooted across the floor, trying to find a place to hide... she thought she heard something ~ a voice, maybe ~ and it was coming from outside.

A light shone through the window, but she wasn't prepared for what she was about to see.

Standing up and looking out, she whispered, "Oh, my gosh, it's me."

As she watched herself and her team approach the house, it's like she was in a scary dream. She tried to get out but couldn't escape, so all she knew to do was scream.

"I don't think this is such a good idea," she heard herself say, just like she had before.

The leader of the team assured them it'd be fine, but she was unable to think rationally anymore.

As soon as she heard the eerie creak of the hinges, she bolted for the door... but something quickly pulled her back, throwing her to the floor.

"We need to get out of here," she heard him say, again, "something isn't right."

And that's when she knew some legends were real ~ like the legend of the endless night.

Suddenly, they were plunged into total darkness, causing them all to scatter.

At that point, though, it was too late and it really didn't matter.

For weeks, the paranormal team was the talk of the town. Years later, they've only added truth to the old legend, since they still haven't been found.

So, if you ever hear about a creepy legend and wonder if it's true... just keep wondering, don't go searching, because the next legend may include you.