Commaful
The Beginning of Olive (Dissolving Olive One) 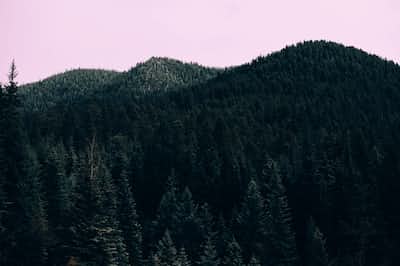 The Beginning of Olive (Dissolving Olive One)

"Hey Eva!" one of my friends called from the across the

theater lobby. She waved frantically to me. The place was nearly void of life except for a few other patrons, us, and the cashier behind the counter. It was fairly easy for her to pick me out

amongst the colorful backdrop of movie posters.

I made my way over to them and was received with a jarring hug from the rambunctious brunette who had greeted me.

Her brown hair swished around her face as she danced back

into her spot. Things like waiting always made her bubble over with energy, so it was no surprise that she was giddy with excitement.

There were only four of us meeting here, and I was the last

to join. After a brief discussion, it was decided that a friend and I would wait to gather the food and drinks that we had ordered.

The bubbly brunette waved to us as she and the remaining

girl disappeared into one of the movie theaters. The other movie goers had dispersed the closer and closer it came to the start of the showing.

I glanced at my watch, impatiently tapped my foot, and

gnawed on my thumb nail to calm my growing anxiety. 12:58. Only two minutes before the movie began.

I glanced at my companion. He was a tall boy with clean cut

brown hair that was always neatly combed and shirts that always suited him nicely. He met my eyes for a second before turning to make his way towards a bathroom. His walk jounced with a nervous

titter that couldn't be calmed by any amount of pacing.

I shoved my glasses further up my nose as the clerk finally waved me over. I gathered the food as best as I could, juggling popcorn bowls on top of drink cups. After somehow managing to carry

it all, I headed down the hall. With absolutely no help from

my friend at all! The hall was dark and foreboding, the lights flickering as theaters dimmed for showings, but I pushed forward, my fear stowed away for now.

My friends were expecting me, and I didn't want to

disappoint. Another quick glance at my watch revealed that it was 1: 00 o'clock exactly. The movie was starting!

I could see the theater door just up ahead of me, its

glorious light still shimmering out into the hallway. I was almost there! Just a little further, and I would make it!

I heard a low thundering whoosh behind me, felt the air as

it whizzed past my cheek. I had no time for a reaction. No time to prepare or shield myself.

The food fell from my hands and splattered all over the

colorful carpet. Harsh pain spread across my skull like water on a flat surface. My vision blurred as I joined my mess on the floor. The world bleed into darkness and pain.

The dull hall lights spun over head into a kaleidoscope of whirling colors.

The last thing I saw was a pair of dark, unfeeling green

eyes . They glared down at me as my vision finally failed. One single word slipped from the lips of my attacker and echoed through me as the darkness crowded in, erasing everything else.

Until it too was dissolved in the oncoming flood.

This is part one of a series called Dissolving Olive.

Dissolving Olive is one of three different series that are interconnected. (Please read Missing Olive (Loving Olive One) for the first part of one of the other series.)