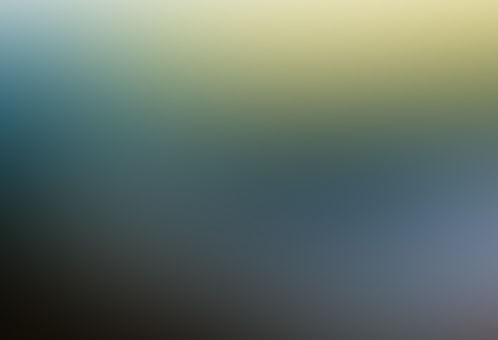 Yes, this is Jesse/Lucie fluff and mild angst. I am Aoife_bookworm_blues from Wattpad, this is my stuff.
fanfiction hahahhahaaha you will suffer for thisjesselucieghostwriterjesse/luciejesse blackthornlucieherondale

Ghostwriter (Jesse/Lucie)- I Can’t But I Would Like To

Even after a few years, Jesse still isn't quite used to the fact that he is a ghost.

It's saddening, he supposed, but it's not so bad once you've accepted the fact that you're going to live your life floating around at night and vanishing when the sun rises.

There are times, though, when Jesse wishes desperately that he can touch people.

It's just like any ordinary night when they have conversations and Lucie talks to him when it happens.

Lucie is sharing her assumptions about James Herondale and Cordelia Carstairs' relationship when she reaches for Jesse, almost unconsciously, forgetting the fact that her companion is a ghost.

When she comes back to her senses, her hand hovers in the air between them, her beautiful and enthusiastic voice falters, and her ice blue eyes drop to the carpet.

Jesse is used to it, but every time it happens, her hand is like a harsh reminder from the angels, saying "You should not be here", leaving a pang in his chest.

It's depressing to watch Lucie lower her hand, force her voice to sound normal, and blink the brightness away from her eyes.

They both know they love each other, which somehow makes the pain better and worse at the same time.

Sometimes Lucie will allow Jesse to read snippets of 'The Beautiful Cordelia', which she doesn't show anyone but him and her parabatai, and a comforting wave of warmth will wash over Jesse.

Sometimes Jesse, in return, will bring her a flower from somewhere in London, and Lucie will smile at the flower and kiss every petal,

putting it in the delicate vase on her table served for this purpose.

It's small moments like these that make Jesse think it's worth it, to be a ghost when in exchange they can meet every night.

But when Jesse is reminded time and time again that he is a ghost and that his existence goes against the Laws of the Clave,

even moments with Lucie cannot dull the pain in being unable to touch or even feel the skin of your beloved. Jesse looks at Lucie, catching her stare at the same time.

I wish you knew how beautiful you are.

Jesse's never told Lucie that he can, in fact, see what is happening in the world when the Sun shows its face.

He never told Lucie that sometimes he would watch Lucie talk and laugh and run around with her parabatai and the Merry Thieves.

(Jesse supposes that's their name; after all, everyone calls them that.)

Sometimes he would just watch Lucie's face change with every expression, and marvel at the way her brown hair turns caramel in the sunlight.

Jesse is sad that he can never touch those curls when they are kissed by sunlight, or touch her face when she smiles and laughs and lights up, or be reckless with her brother and his friends.

He does, however, wander around in London and takes notice of pretty trinkets or flowers to give Lucie when it is dark.

Jesse can see everything that happens in daylight, it's just that he cannot exist.

Jesse discovers, later on, that Lucie reaches for people she is talking to on instinct. It is natural for her to confirm that yes, they are listening to her, they are here.

Cordelia and James are most frequently touched by Lucie, the reason being their near-death experience in Hell. Jesse watches on as they laugh and talk, and wishes he can be part of that someday.

Sometimes Jesse watches Lucie sleep. He never tells her, though, because she needs her sleep, and he revels in the quiet peace of watching somebody you love sleep.

Lucie looks soft when she sleeps.

The Shadowhunter part of her fades away when Lucie's chocolate curls are spread across the pillows, her lips curve into a soft smile,

her beautiful fingers reaching for something that is not there. Jesse would never tell her, but Lucie almost looks ordinary when she sleeps.

When she is asleep, he allows himself to dream, what would it feel like to tangle his hands in those curls, to kiss those lips, to touch those fingers?

Lucie sleeps, and Jesse dreams, and the world goes on, unaware of this impossible love blossoming in the anticipation of a war.

Lucie Herondale, proud author of 'The Beautiful Cordelia', daughter of Will Herondale and Tessa Gray, sister of James Herondale, sister-in-law and parabatai of Cordelia Carstairs,

does not believe what she is looking at.

Everything does not matter except that Jesse Blackthorn is sitting on her bed, smiling that faint smile of his, her sheets wrinkled under his touch, and Lucie stops. Stares.

Blinks twice, then look out of the window to confirm that yes, it is daytime, what in Raziel's name is happening.

Then Lucie looks, really looks at her lover, and she falls in love all over again.

His light green eyes are bright, light against the dark mess of his hair, his skin pale but healthy, his simple dark green waistcoat contrasting nicely against his gray trousers.

His eyes are uncertain but gentle, face turned towards her, watching Lucie's every movement.

She abandons her thoughts, coming to the conclusion of nothing else matters, and stops walking in front of Jesse.

Lucie reaches out a trembling hand and places it squarely on his chest.

The effect is immediate: his eyes widen, he is staring at her with something that she can't name, something so intense that it takes the breath out of Lucie.

Jesse takes a deep, shaking breath, his body shifting with the movement, and takes Lucie's hand from his chest, lacing her fingers with his own.

The air is filled with anticipation, waiting for something, anything, until finally, she steps in between his knees, she undoes her braid, and cups his face between her hands,

a part of Lucie marvelling at his high cheekbones.

He stands up, snaking an arm around her waist, skimming the ends of her hair, his chest pressed against hers, Jesse's other hand against the back of her neck.

There is a moment when the world stops, and everything fades away in watercolours except for a dark haired boy and a blue eyed girl pressed up against each other, sharing the same breath.

There is a moment when they marvel at the sense of touch, at her eyes and his hair, at her waist and his fingers.

There is a moment, and the moment ends when they meet halfway, him bending his head and her arching her neck, when they kiss as the world begins again.