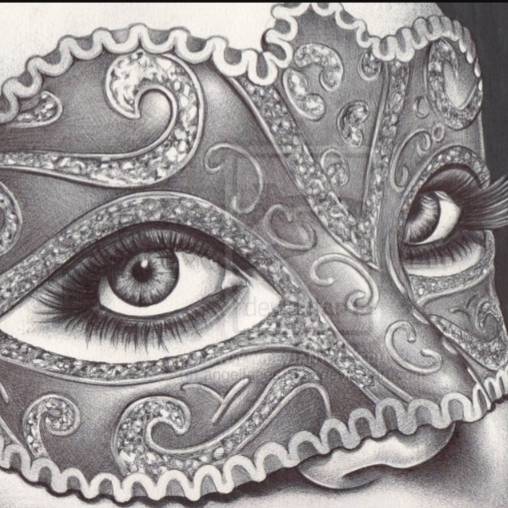 Atop the hill, a house sits empty, like a in the fog. Looming over all, casting its shadow, like a beast ready to pounce. Branches scratch at the window, like nails on a chalkboard.

Bones rattle in the black of night, like a silent warning to heed Townsfolk say it's haunted, like that old witches cottage. It used to be so full of joy, like an overflowing river.

Their love soon took a tragic turn, like an inmate on deathrow. Their passion once so beautiful, began to rot, like a festering sore. A union thought to be strong, like a old tornado shelter.

Destroyed by his raging fists, like those fine China plates. He beat her black and blue, like the dark and stormy sky. Beefy hands squeezed her throat, like a python does its prey.

Her tragic specter lingers on, like an itch that won't go away. Vengeance is essential to her, like the need for oxygen to him. She appears every night, without fail, like the moon in the sky.

Looking for her former lover, like dust in the wind. He was smart you see, he quickly buried her, like a dirty secret he needed to hide. He disappeared without a trace, like a fugitive on the run.

He bound her to that house, like a dog chained to a pole. Doomed to forever roam, the scene of his crime, like it's on replay. Her thirst for blood is fierce, like a mom avenging her young.

Her hatred knows no bound, like a vicious saber-tooth. Children sneak inside, like mice in the night. Looking for a scream worthy thrill, like the double dipper roller-coaster.

She terrorizes any that enter, like a guard dog would. They run like shots out the front door, like they're in a race for time. Straight for the safety of their home, like moths to a nightlight.

For in this house lives death, like the darkness in the night. It won't be placated, like a toddler surely could. She wears her anger on her sleeve, like the finest vestiture.

Her soul, it will not rest, like an insomniac up all night. For all she wants is to be free, like the birds flying in the wind. But now story will go on forever, like a never ending song.