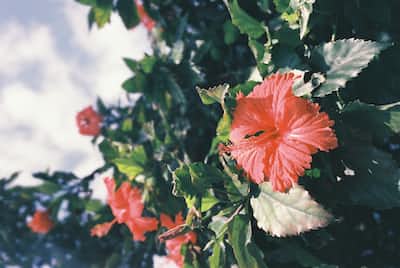 honeythighs i believe.
Autoplay OFF   •   3 years ago
Transcript
and such words settled over her like a wave of affluent misery.
lesbianssadgayone sideddesperationlovehanahaki lgbtq lesbians storiesmost romantic lesbians stories

a feeling, deep and torturous, ferociously sharp yet reminiscent of nearly-forgotten melancholy, crept up the slight slope of her neck.

though this was rather frequent, a sense of profound alarm grew in her: it permeated her blood like a thick, deadly poison.

the glossy sheen of her black hair—running long and true down her back—was set in peculiarly soft waves, unusual to the style that adorned the girls around her.

she paid them no mind, as the uncertain flicker of their eyes and hushed whispers of distaste did not aggravate her.

on the contrary, she felt as though the sharp words strengthened her very being. she had seen and heard so much: there was so very little that could cause her distress.

besides, it did not matter. her shoes, pointedly polished and immaculate, sank into the pearly white expanse of snow that lightly blanketed the landscape.

the holidays were approaching at a pace unnervingly swift and sudden.

her mind rapidly shifted from thoughts of enormous emerald sweaters and snow settling amidst chaotic curls to that of rosy lips, fine and parted, hands thin and shaped with a remarkable delicacy.

a shiver ran down the arch of her fragile spine, inducing an acute pain at the side of her cream-coloured temples.

such thoughts, plentiful and undoubtedly sinful, brought with them an array of consequences.

girls are not supposed to think such things about other girls; it is a simple fact, yet she found it disquietingly difficult to follow.

what would people say if they were to catch a brief, fleeting glimpse into the vast expanse of her mind, churning with speculation that is better left unsaid?

and she thought of skin that grew warm and bronze come summer, short hair that lightened to near-gold under the flushed heat of the sun.

she thought of wide eyes, holding far-flung secrets hidden deep within the unreachability of the universe.

she thought of curled lips, heavy and slick, of how desperately she wanted to reach forward and—

it was a wretched existence.

her birdlike stature, long and alarmingly narrow, shivered under the rush of the winter wind. it nipped at the chapped skin of her rouge hands, bit the apples of her protruding cheeks.

she closed her slim almond eyes as the agony running loose in the caverns of her head burned with red-hot pain, rendering her immobile.

her knees knocked as she stumbled, a mess of bumbling, awkward limbs, of lips that held back so much.

the ache had ascended to a feverish degree, and her shoulders convulsed with a vigor that had not been present previously.

the intensity of this chapter, this event, was new, frightening, and it startled her beyond comprehension.

she found herself thankful to have left the wrought iron gates of her school far behind: this was not something that she would find joy in sharing with others.

her lips, skin ragged from her nervous habits and painted a raw red with algidity, parted.

the pain slammed into her, full fledged and all-encompassing, eliciting tears from her now pink-tinged eyes.

her worn jeans grew wet as white snow seeped languidly through it.

the first cherry blossom petal, stained thoroughly with dense black blood, was coughed meekly into the snow by her lean legs.

her throat burned with unadulterated effort as she felt another claw its way up to her mouth.

her chest heaved weakly with exertion, and she choked as numerous petals, almost copious in amount, cascaded from a mouth wide open.

the tears stung the cardinal skin of her face as they dried, clinging like salted icicles on a fluid surface.

the last bud slid roughly through the torn innards of her mouth and onto the ice, finally silencing her cries. she ran a stuttering hand over her spent eyes, trembling mouth.

her palm remained glossy with opaque blood as she stared down at it, then at the destruction that she had wrought on a land once pure and undisturbed.

the mutilated flower petals, a symbol of adoration that she knew could not be returned, lay callous and neglected as she stood on precarious feet.

the innocence, the renewal and rebirth, the promises that the season pledged had been shattered underneath her.

those, too, remained beside the disfigured maroon entities, glittering like translucent sheets of coloured glass.

like the trees that settled into a deep yet listless sleep, her heart sputtered until it slowed to a crawl, before deterring completely.

she turned her head splendidly, one last time, before taking the first step back home.

oh, what a tedious existence.