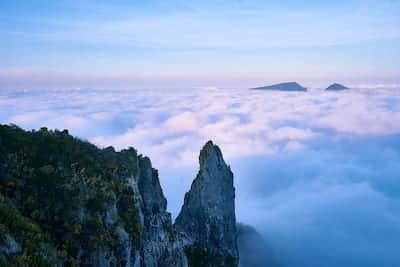 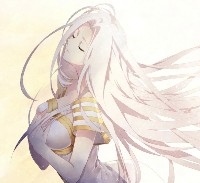 harmonyqueen86 Wattpad: @HarmonyQueen86
Autoplay OFF   •   4 years ago
Transcript Use Images
Part 1 of Reunion. It's two years after Roselyn and Ismus went their separate ways, and Roselyn isn't too happy about it. Now, she works at a tavern, dealing with pervs and drunks. What a change from before.
fiction barchangepainmissingqueensiblingsperfectyearsgrowingalone most romantic hurt storiesnsfw siblings storiesnsfw fantasy storiessaddest alcohol storiesfunniest years stories

I haven’t spoken to Ismus,

not since the day we went our separate ways. It was actually our two-year anniversary a few days ago; two years I haven’t had to see his smug face.

Our life used to be perfect.

After he abandoned me,

Stacie took me to a foster care in a nearby town. Of course, nobody wanted me. I was almost sixteen years old; who would want to raise a teenager that wasn’t their own?

For two years, I endured the pain and loneliness in my heart

The voices in my head are my only friends. “Nobody wants you. Everyone you love is gone,” they whispered. I lost hope that I’d ever seen anything but torn wallpaper and steel beds.

A few months ago, just before I turned eighteen, I snapped.

I couldn’t stand it anymore. In a matter of days, I heard Stacie talk to the owners about shipping me off somewhere else. I was “too old to stay.”

I couldn’t bear the thought of where they’d put me next. They’d probably send off to a factory or some awful place and that only accepts delinquents and rejects.

I ran as fast as my legs could carry me. I slipped through one of the many holes in the wall that separated civilization from the forest outside.

I lived there once before; it was time I finally went home.

For days, I wandered aimlessly, devouring anything I could. Fruit, nuts, berries. I even caught a rabbit (it did NOT taste like chicken). Luckily for me, I stumbled upon an abandoned cottage.

It was similar to the one Mimi and I shared once before.

It was unoccupied, yet, the place was fully furnished and stocked with food. There was no sign of a struggle. It was as if the owners left and never came back. This was good news for me.

In the two years I’ve lived here, nobody’s bothered me;

I’ve had no visitors.

It’s nothing like the trading town I experienced with Mimi. There’s no tents or open areas. It’s mainly a trading town, a place where travelers stay for a day before continuing their journey.

Shops, inns, and taverns as far as the eye can see.

A change of pace from what I was used to; but nothing I can’t handle.

“Shit,” I mutter as I throw on my traveling cloak.

The rations in the pantry didn’t last forever.

Almost a week later, I was running low.

That’s when I stumbled upon the town.

The only place that was hiring was a popular tavern. I begrudging took it.

The owner knows I don’t play around though.

I don’t wear the tight sexy clothing the other waitresses do. I’m the only one allowed to wear pants and boots.

I still have to wear a corset lace top with the vest,

but it sure beats having to wear a frilly skirt with it.

I run through the forest at top speed.

The streets are swamped with people, as usual. But even more so today than normal.

I forgot Mitch, the owner, told me an event was going on.

I think he mentioned the military or something. Lots of people in robes and traveling cloaks. If the military was here, I can’t tell them apart from the normal travelers.

I don’t have time to worry about that anyway.