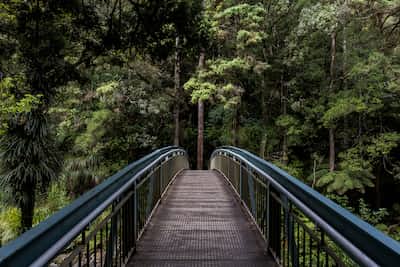 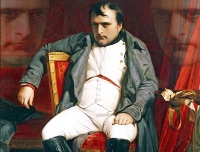 green217 Just your local History enthusiast
Autoplay OFF   •   3 years ago
Transcript
Time marches forever on- what if you were there to witness it all?
fiction immortalityshortstorybash172nd-person-perspectivenot-a-happy-story1st-person-perspectivefictionfeelingsthoughtsmelancholyusage-of-the-word-shit

Everyone in this life is afraid of something.

For some, it is tangible- like spiders or snakes.

For others, it's more of a feeling- the fear of falling, the monsters beneath our beds.

For me, it's always been immortality.

But that concept, that idea that you're all alone, forever, terrifies me.

Some people want that desperately. There are enough books and B-list movies out there to prove it, but for me-

I can't imagine it. Real immortality.

What would you do? You can't make real human connection, they'd die in what would eventually be a blink to you-

But could someone actually just.. live? Forever? Without anyone to share in the journey with?

Life on our planet is constantly changing- for a while, you might have fun seeing things like that.

Earth empires and alliances shift and change, new languages are formed- you even see a river carve a canyon.

But eventually, eventually I think that all these things would lose their novelty.

Years and people would begin to run together, you'd forget the faces of people who you cared for twelve lifetimes ago.

Your mother- can you still picture her face? All of her photos are long gone at this point- you lost them all ages ago.

You had a brother once as well, you think. what were the color of his eyes again?

The years blend together, and you lose the things that made you 'you' in the first place.

You've recognized your dreams from childhood- made them tangible. You had the time, after all!

The goals you set for yourself when you became immortal, you've completed them too.

What comes next? You've done and seen everything that has ever been possible here.

Earth is just a rock now- you've long since lost any sentiments that kept you grounded here. Space travel. It's the only logical option left.

Space- it's big, massive really. The distances between stars are long, and for a while, you're content.

But forever never ends, and eventually even the exploration of new societies and planets doesn't invigorate you like it once did.

Where would you go from there? You could try to settle down, but what's the point? Your children's grandchildren could be having children of their own-

After a couple million years, after the death of your entire species, you one day realize.

The sun expanded, and the rock you were born on- lived on- where your forefathers spent all their years on- is gone.

At that point I think you'd probably realize the weight of your existence.

You- who were once just a simple human- have outlasted even your home planet.

Up to this point, I think that an immortal would have been mainly an observer. Taking action at some points, sure- but by this age you just don't care like you did.

But there's got to be something- something that breaks you, eventually.

And you'd lose whatever sanity you have left, because now- truly- there is noting from you old life left.

Ok, that's a lie. There are people left, but not any from you planet of origin.

Perhaps you'd eventually take advantage of you immortality, hmm? Everyone considers becoming a god once.

Think of the power you'd wield! You can't be killed, you're wiser than anyone who's ever lived, and when mixed together, it'd make you unstoppable.

You enslave a race of people- why not? It gives you feeling- something you haven't had in a long time.

You have fun for a while too- the people will do literally anything for you. Conquer a star system, murder their own children, the list goes on.

But something deep down, a part of you that you thought was dead, protests.

But you haven't felt such genuine emotion in so long- how can you quit now!

So you don't, And eventually,

Being a god looses it's appeal too.

And so you leave. You give it up, your new world, your people.

And you wander again, but it's been billions of years and even that has lost its splendor.

All you want to do is die, and dying is the only thing you'll never do.

Time moves on. You see more empires rise and fall. It's gotten old.

Somewhere, there's a group of dedicated theorists out there trying to prove that you exist. That makes you laugh for the fist time in centuries.

More time passes, indescribable amounts of time- and one day, the stars begin to go out.

It is gradual, but because you've lived as long as you have, you notice it.

It's small, at first. The stars aren't as packed as they were in your youth, and because of that, the particles from certain supernovae aren't able to re-fuse in certain areas.

But star death is a tricky thing- and like a line of dominoes, more stars begin to fade.

It hits you then- This is it. The end.

The universe had been stretched too thin, and it was ending.

You can't think of a time when you were happier- not as you married your childhood sweetheart, not when you had your first child.

What does it say then, that death brings you so much primal joy?

More years pass. Stars are dying quicker now. Governing bodies are calling emergency meetings, now. Everyone can see the writing on the wall.

You haven't felt impatience in longer than you can remember, but you're billions of years old, now. You can stand to feel impatient when there's just a couple thousand years left.

You continue to wait. Finally, only one star remains. An old red dwarf. There's a small colony. Life's last hope. You enter it.

You lurk there for a century. You just want this star to die so that you can finally rest.

You can feel it when the time comes. Something in you begins to activate. You're not sure what it is, but you consider it a good sign.

The star you orbit fluctuates. You don't care.

You feel it begin to die, and you feel your chest beat with primordial energy.

You clutch your chest- everything hurts and you can feel your body begin to compress. It's agony like nothing you've ever felt.

You begin to grow lightheaded.

Moments before you pass out, a thought goes through your head. It's over. It's finally over.

Billions of years, and you were finally dying.

Now, You can finally rest. Finally, you can have peace.