Commaful
The Folly of Love 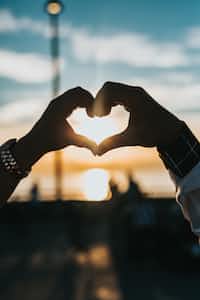 gracelessenergy Just a person who wants to improve.
Autoplay OFF   •   4 months ago
Transcript Use Images
A satire of the romance genre where a woman named Clarissa seeks solace from her obsessive boyfriend Jack.
funny satireromance

The Folly of Love

"Oh, sweet! Do not go and leave me. For a night without you seems to me a thousand more nights!" cried Jack, throwing himself onto his current lover Clarissa.

Clarissa side-stepped him, giving him a confused glance as he fell to the ground. He sprawled there for a time, clutching dramatically at the floor, as if compensating for her warm skin. He craned his neck toward the ceiling and let out an agonized cry.

"Jack, there is no need for you to be melodramatic, we'll see each other tomorrow, okay?" Clarissa said, staring at Jack's sprawled form.

Jack twisted himself suddenly, clutching Clarissa's ankle. "No, sweet! Do not go!" With his other hand, he reached for a goblet that was, for some reason, on the ground next to him. "I will drink from this cup filled with poison if you do!" He threatened, the edge pressed lightly on his lips.

Clarissa bent down and swatted it from his grasp. "Relax, it's not like I'm doomed to die tonight."

Jack stared in horror at the upturned goblet, the red liquid pooling around it like spilled blood. "No!" he shrieked, tightening his grip on her ankle. "No!"

Clarissa glanced around the living room, her eyebrows hiked in bafflement. She now regretted agreeing to being in a relationship with him. She twisted her ankle out of his grasp.

"I'm going to go home now; we'll see each other tomorrow and maybe talk about... you know... this," Clarissa said, inching toward the door. Jack gazed after her, his eyes growing wet with unshod tears. Clarissa opened the door, still staring at Jack, and stepped out, hearing the hinges groan to a stop behind her.

Outside it was cold and rainy, the sun had gone down long ago and it was almost pitch-black. But the gentle pattering of rain on the pavement was not enough to drown out Jack's wails. Clarissa shook her head and pulled her coat tighter, preparing to make her journey to her house...

She walked to her house, the one next door to Jack's. She inserted her key and twisted it, the lock retracted and the door opened with a welcoming creak. Inside, her sister Anabelle reclined on the couch, staring at her reflection in the hand mirror and applying lipstick.

"Hi, Stacey," Anabelle greeted. "I'm not Stacey, I'm your sister Cl-ar-iss-a." She shook her head: she had no energy to put up with her sister. "Oh, sorry, you two look and act so much alike sometimes I can't distinguish you from Stacey," Anabelle said, capping her lipstick and throwing it across the room into the garbage can.

"It's finished, already? We just got it for you today," Clarissa exclaimed incredulously. Anabelle shrugged, snapping the hand mirror closed. Then she leaned across the armrest toward Clarissa, as if disclosing a secret. "Enough about me, what's up with you and Jack? I can hear him howling from here." They both paused, briefly listening to his pitiful cries.

Clarissa shrugged, "I just told him I'd leave him for the night and would see him tomorrow. He gave me this over-the-top speech about how the night would be miserable without me." Anabelle snorted, pulling out another lipstick and uncapping it. "This is why you don't date the school stalker," she said under her breath.

The wailing suddenly stopped and the two of them froze, Anabelle's lipstick stuck halfway through its arch. Their eyes scoured the room, as if Jack would be crouching in the shadows. A loud knocking came from the window, a silhouetted form was framed behind the curtain.

Clarissa hesitantly drew near to the curtain, her hand outstretched like a somnambulist's. Her fingers touched the curtain's delicate silk and she jerked the fabric back. Jack's bereft eyes stared back at her.

"Clarissa!" he shrieked, "I couldn't bear to live a moment of this night without you —" The doorbell interrupted his speech. Annabelle perked up, "Oh, it's my pizza." She turned to Clarissa, as if she had forgotten Jack's intrusion, "You want a slice?" Clarissa's mouth was agape in shock and she fought with her paralyzed tongue, but for her impatient sister, waiting the struggle out was too long.

"Ok, whatever," Annabelle said, opening the door to admit the pizzaman. Annabelle gasped and stepped back when she saw the man at the door.

Standing, just barely behind the threshold was.... a man. That's it, it was a man.

But an extraordinary man! Muscles bulged from beneath the fabric of his shirt, it seemed that if he flexed, he would tear it to shreds. Within his mighty arms he balanced an intimidating tower of pizzas that radiated their delicious aroma to the point of suffocation. Then he turned his head and his eyes landed on Jack.

He lifted one beefy finger accusingly at Jack as his voice boomed across the house: "Is this man bothering you?" Clarissa, even more confused than she was when she was having her conversation with Jack, nodded tentatively.

The man thrust the pizza boxes into Annabelle's hands (who fainted from the sheer awe of the man who stood before her) and ripped his shirt off to reveal tight knots that interlinked every joint and vein. He took the door and tore it off its hinges and threw it down the hall, then turned his attention to Jack.

The other smaller, slightly creepier man, was paralyzed in horror as the pizzaman charged him, breaking through the window and grabbing him by the collar. He pulled his arm back and catapulted Jack into the air, where he spiraled into the sky and disappeared from sight. The only evidence he had been thrown was a small, human-like indentation in a cloud.

The pizzaman turned to Clarissa, his chest muscles being stretched taut as he breathed. Then he lifted himself over the window frame and kneeled on the shattered glass.

"My dear lady," he began, "I do not even know your name, but I feel as if thine eyes has laid themselves on an angel. You need no more explanation than this: I have fallen madly in love with you and would topple every king and would obliterate every kingdom and mountain for you; if only you would marry me," with his last sentiment, he brought out a velvet box that encased a glittering diamond ring.

"Um, no thanks and I don't think you used 'thine' right." The pizzaman stared at her in stark confusion, his jaw agape. "My lady!" he gasped, too surprised for even tears to flow from his eyes. Clarissa offered a hand to help him up, he reluctantly accepted. She patted his shoulder reassuringly, "Er, thanks for the help and the, um, pizzas."

The pizzaman sulked out of the house, into the cold rain, the droplets streaking across his naked chest. He entered his car and started the engine. Clarissa looked on as it sped away and disappeared into the darkness. Annabelle awoke, looking around drowsily. "Where'd that hot delivery man go?" Clarissa shrugged, "Away, to help other needy travelers." Anabelle responded with a disappointed "oh."