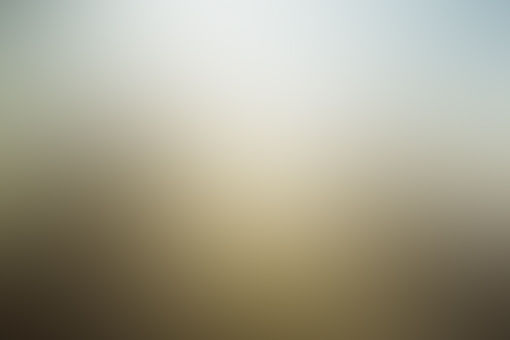 Goldenflame: I have a new friend!!!

Nico: Wait, you had friends?

Goldenflame: That was cold, di Angelo. But yes! We have questions from @bookishtween13, and she has a question for each of you!

Goldenflame: This first question is for Percy: Percy: Would you be open to becoming a god along with the rest of your friends?

Percy: Um... I've actually never thought about something like that... I think that if my friends and family were all given immortality too, then yeah, I would definitely consider it

Goldenflame: This next question is for Annabeth: Annabeth: What's your favorite book?!?

Annabeth: I have over a thousand books that I consider my favorite, but if I had to choose, I would say the Harry Potter series. It's so well written, and the architecture of Hogwarts... *sighs longingly*

Goldenflame: She's a Ravenclaw if you couldn't tell. Hazel, this question is for you! Hazel: When did you know you liked Frank?

Hazel: Umm... if I'm being honest, I thought he was pretty cute when I first met him, although I started to actually fall in love with him when we went on our first quest with Percy.

Goldenflame: Aww, that's cute Hazel :) Frank, you have a question too! Frank: When did you know you liked Hazel?

Frank: Well, when Hazel and I became friends, I automatically fell in love with her personality. She's so sweet, kind, and considerate of others. It's kind of impossible NOT to like her.

Goldenflame: Nico di Angelo, I will force Will to take you to an ice cream parlor, and both of you will not leave until you have eaten ice cream and kissed.

Nico: ...Why did that sound so much like a threat?

Goldenflame: @bookishtween 13 has a question for all of you, so yes. Your question is: Leo: What's your favourite part of being a son of Hephaestus?

Leo: Um, literally EVERYTHING is awesome about being a child of Hephaestus! You're better at everyone else, you can build literally anything you want, you're also insanely hot...

Goldenflame: You need to stop promoting how good you look Leo -_-

Goldenflame: T-that is NOT what I said! Let's just go to the next question, which is for Jason: Jason: Who was your first friend at CJ? (Camp Jupiter)

Jason: I would have to say Reyna was. She took me in and made me a praetor, so I kind of consider her my first friend at Camp Jupiter

Goldenflame: That's cool! Piper, this one is for you: Piper: What do you like about being Tristan McLean's daughter?

Piper: Well, having a nice home is a big plus. And my dad doesn't ignore me, which is pretty huge since some actors do ignore their kids. I mean, there are some downsides to being his kid too, but those were some of the good things.

Annabeth: Those questions were nicely phrased. I just couldn't help but notice that

Goldenflame: @bookishtween13 made sure to make them grammatically correct so you wouldn't kill her, Annabeth

Annabeth: Well I wouldn't really kill her, necessarily, maybe give her a lecture about how to phrase questions properly... but anyways, are there any other questions?

Goldenflame: Yep! My other friend @halojones06 has more questions for you guys! Here's the first one from them: To everyone in the seven: thoughts on all the other demigods?

Nico: They're all horrible. Except for my boyfriend. And Hazel

Percy: Clarrise can be a bit...um, demanding, I guess? But she's a really good person to have on your side, so she's not all that bad

Annabeth: Thalia is the best! She's my best friend, and if anyone says anything bad about her, then I will kill you

Leo: Goldenflame, you're a demigod, right?

Leo: Well I consider you to be one of my closest friends...

Leo:-If you only agree that I'm the most handsomest person you've ever met and that you've fallen head over heels for me

Goldenflame: I- T-that's not what friends are supposed to say to each other! I refuse!!!

Piper: *laughing at Goldenflame's suffering* I think the other demigods are pretty nice to hang around. Except Drew, who's a bi-

Goldenflame: I-I think we might have spent a bit too long on this question, so let's move on to the next one: Next question: saddest moment of your demigod career?

Piper: Jason waking up on that bus and not remembering who I was

Percy: Seeing people that I cared about die...

Leo: Being told by Nemesis that I would always be the 7th wheel...

Hazel: Realizing that Sammy was dead

Jason: Same as Frank. I thought that they were dead for sure...

Goldenflame: Those were all very sad moments... but here's the next question: Another question: thoughts on Mrs. O’Leary?

Percy: Mine. If anyone touches her I will stab you to death with Riptide.

Nico: She's a nice dog. But yeah, she's Percy's pet and he never lets us get near her

Goldenflame: At least we know that Percy is a protective pet owner. And now the final question! Yet another: if Magnus is dead, and Nico can control the dead... you see where I’m going with this?

Nico: I thought about this too when Magnus told us that he was dead, but since he's Norse and I'm Greek, then that means that I can't control the Norse dead. I hope that answered your question

Leo: There is one more question

Goldenflame: I believe that was all of them... did I miss one?

Leo: Yeah... you do realize you're still hugging me, right? Not that I mind ;)

Goldenflame: *lets go of Leo* I WAS TRYING TO COMFORT YOU AND THEN YOU JUST HAD TO RUIN THE MOMENT DIDN'T YOU

Leo: I wasn't ruining anything! I thought I was strengthening our bond!

Piper: Leo, I think all you did was make Goldenflame's face turn as red as a tomato

Hazel: Okay, um... while they're doing...whatever they're doing, I guess I'll close this off? Thank you @bookishtween13 and @halojones06 for your questions! And if any of our readers have more questions for any of us, just comment them down below. As always, we'll see you soon. Bye, everyone!