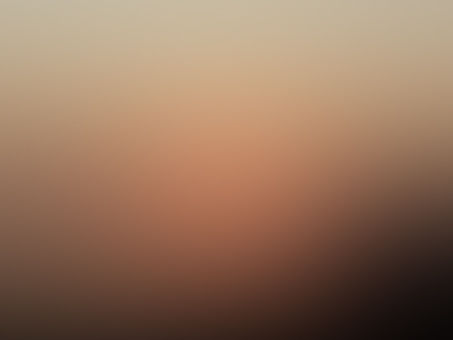 Goldenflame: Well... yes. That's kind of the whole point of this

Goldenflame: You readers have probably been with us long enough, so let's skip the introductions and get to the questions!

Leo: Are the wizards and the zombie going to be joining us?

Magnus: Hey! I am NOT a zombie!

Leo: If I'm a dwarf then you're a zombie. We're even now.

Goldenflame: He has a fair point, Magnus

Carter: So what's the question?

Goldenflame: This one is also from @halojones06: Also, question: least favorite MORTAL. Not demigod. Not god. Not monster. MORTAL. I also want all the reasons why you hate them. Also, the einjhar and the magicians can join in as well.

Goldenflame: Only when they talk about how much they hate Octavian.

Percy: I don't really think we need to explain ourselves about why we hate him. He tried to destroy Camp Half-Blood!

Magnus: I would say Gunilla was my least favorite, but... I don't really know anymore

Leo: You hated a gorilla, but now you don't?

Magnus: Dude, don't make fun of her. she died saving the world from Ragnorok.

Carter: Umm... I don't really have a least favorite person. Life's been pretty chill since we defeated Setne

Sadie: For once I agree with you, brother

Goldenflame: Okay, this next question is for Leo-

Leo: Ha! Losers, I'm the first one to get a personal question

Goldenflame: *sighs* Anyways, here it is: leo, did you read percy jackson and the olympians: the titan’s curse? I’m asking because of what you said, about you not being a ‘DAM’ dwarf to magnus. Percy, if you see this, titan’s curse is around the time you met nico, bianica, Zoe, and the other hunter’s of Artemis.

Leo: The Titan's Curse? Since I'm dyslexic I don't read a lot, and as for the dam thing, I was just trying to keep this PG, I didn't realize it was a reference to something

Percy: That Riordan person! He stole my diary! I wrote all of that stuff, and he must have made it into a book series, and now he's making money off of it!

Goldenflame: Well... you're very descriptive in your diary entries, Percy

Percy: NO ONE WAS SUPPOSED TO READ THEM

Goldenflame: Since there are over a thousand people that have read your entries, then I think it's too late now. But here's the next question: Another question: what do you think bob (ipeatus) said “tell the stars that i say hello.” Think. What happened to Zoe? Who is her father, and who is her grandfather? Annabeth, if Percy can’t connect the dots, help him.

Leo:....is this question for me or someone else? Because I have no idea what they're talking about

Goldenflame: It's mainly for Percy and Annabeth

Annabeth: *thinking then figuring it out* OH MY GODS

Percy: I-is there something wrong?

Annabeth: No! But hear me out! Atlas was Bob's son, which makes Bob Zoe's grandfather! So when he asked us to say hello to the stars, he must have meant Zoe because Artemis made her apart of the stars!

Goldenflame: @halofones06 I think you're going to make us cry... that just makes that moment 1000 times more emotional...

Goldenflame: Alright, I think we've stopped crying now, so onto the next question! This one is for Nico: do you still hate percy for letting bianica die, or have you forgiven him

Goldenflame: And the other part of that question is: Another question: nico, did you and, er, your first sister, ever see percy, annabeth, and Grover and the lotus casino? I know percy didn’t, otherwise he would have said so in ‘Percy jackson and the olympians: the lightning thief.’ It’s percy’s first summer at camp half-blood.

Nico: I vaguely remember seeing Percy's hair, but I was too busy just being in the casino to notice. I might have glanced at Annabeth at one point.

Goldenflame: That's understandable. We have more questions! Leo, about your question on “how many god are on this planet... nobody knows. Use mortals learn about new ones every time rick riordan writes a book. Also, how does rick riordan know about you guys? I also want the einjhar and the magicians to answer this question.

Percy: RICK RIORDAN DOESN'T WRITE THE BOOKS HE STOLE MY DIARY AND APPARENTLY HAS BEEN STALKING ME SINCE I WAS TWELVE

Magnus: He knows about all of us? That is creepy now that I think about it. An old dude watching every move that a teenager makes

Carter: I think Annabeth said that he was the God of Trolls, and gods have many ways of spying on us demigods. but I've never met him in person

Sadie: I think this is the most times I've agreed with my brother in a single year

Hazel:...This god knows about all of us? Even me?

Frank: And us Romans too?

Goldenflame: As creepy as it sounds, he knows all of you. He isn't just a Greek god, he's like... I don't know actually, he just knows everything

And this last question is for Leo! Leo, you realize that i interviewed you the other day, right? There is no fake you.

Goldenflame: Yes, Leo, I'm sure they're sure. I have video evidence

*after showing Leo the evidence*

Leo: OH YEAH now I remember! Goldenflame, why didn't you just ask me your questions on this interview? I would've still answered them

Goldenflame: I asked questions when @halojones06 was interviewing you because they're awesome and they need more people to follow them

Leo: Fair enough. I'm sorry for forgetting you @halojones06! It must've been my ADHD. You're a really cool person!

Goldenflame: Aaand that concludes Part 5! If you have any questions for us, drop them down in the comments! We'll answer any questions asked, and you'll also get recognition for your questions! And as always, we'll see you soon. Bye!!!