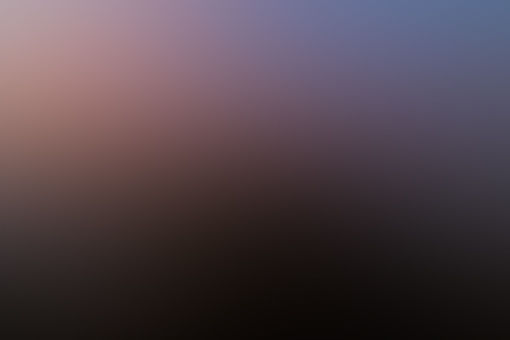 goldenphoenix 🎶I am inimitable, I am an original🎶
Autoplay OFF   •   4 months ago
Transcript Use Images
Thank you @_queenie_, @bookishtween13, and @halojones06 for your questions!
funny heroes+of+olympusheroes of olympus3am writingleo valdezpercy jackson funniest leo valdez stories

Goldenflame: Nico! It looks like you have a wedding planner

Nico: Look, as long as it's gayer than Goldenflame's wedding then I'm fine

Goldenflame: NO WEDDING WILL EVER BE GAYER THAN MINE

Leo: They want to prove that they're the most gayest person in the world...

Frank: Goldenflame, before you lunge at Nico, can we do the questions first and then you can go back to arguing?

Goldenflame:...fine. The first question is from @halojones06, and they asked: Percy: why wouldn’t you want Luke to come back? Is it because he likes annabeth, so it would be awkward between you 2?

Percy: Yeah, pretty much. You summed that up real nicely too

Goldenflame: Perfect! 1 question done, and then I can go back to proving to Nico that I'm obviously the gayest one here

Annabeth: I feel like this question was in an earlier episode, but it's the Harry Potter series

Leo: DON'T YOU DARE, I JUST STARTED READING THAT SERIES-

Jason: Leo, you do realize that Endgame is Marvel, and that's different from Harry Potter, right?

Leo: Yeah, but what heathen would ever say such a thing?!

Goldenflame: I would. Nico, here's a question for you! Question for Nico: D o you watch Vampire Diaries

Nico: The what diaries

Nico: Look, after watching the Twilight movies, I've been incredibly hesitant to watch anything related to vampires

Goldenflame: This is one of the only things that I agree with Nico on. Will! Here's your question: Question for Will: Are you going to marry Nico soon- I need grandbabies UwU

Will: *blushing slightly* These fangirls are starting to get really creepy... I-I can't even have kids with Nico unless we adopt them...

Goldenflame: You didn't answer the actual question, Will

Will: I don't think our readers have taken into consideration that we're all under the age of 18 besides Percy and Annabeth, who ARE 18, so I don't believe there'll be any child marriages soon. But I do plan on marrying my Neeks in the future

Nico: *blushing a bit from Will's answer* So now can I go back to being gayer than Goldenflame?

Goldenflame: Neeks, you were never gayer than me. And besides, we still have more questions! @halojones06 asked another one: To: all demigods: Do you visit your mortal parents?

Goldenflame: *goes over to hug Leo. Not just because Leo's sad, but also because Leo is very warm and Goldenflame is freezing to death at 3 am in the morning trying to post this thing on time*

Percy: Of course I go to visit my mom! I love her! She makes blue food!

Nico: Is that seriously the only reason why you go visit your mother?

Percy: Gods no! That's just one of the reasons because my mom's awesome like that *has a ProudSon™ look on his face*

Annabeth: I don't really go to visit my dad as much as I used to, but I do sometimes

Will: I go to visit my mom

Frank: I speak for most demigods, sadly, when I say that most of us don't have living mortal parents, or if we do, then they hate us and kicked us out. So no, a lot of demigods don't get to visit their mortal family.

Goldenflame: I kind of have to be around my mortal parents since there's this pandemic going around, but @bookishtween13, who actually goes by Ria, asked us some questions! Who is your favorite god/goddess other than your godly parent? (mine is Hestia or Sally Jackson, you can't change my mind about that)

Percy: MY MOM IS THE BEST GODDESS, AND THANK YOU RIA FOR AGREEING WITH ME ON THAT

Nico: I'd have to say Apollo since that's Will's dad

Goldenflame: Apollo is my dad too, Nico

Nico: Well we're currently having a gay war, so I can't agree with you on anything or else I'll be admitting defeat

Goldenflame: True... (that doesn't count as agreeing) and I would say my favorite is either Hestia, Artemis, or Athena

Goldenflame: Apparently Posidon and Apollo are the two favorites! Next question! What weapons do you have and what weapons would you like to have? (I have a stygian iron scythe and battle axe, I'd like a shotgun though)

Nico: That's pretty cool. I have a Stygian iron sword, and I wouldn't really want another weapon.

Percy: Riptide is my weapon, and nothing can replace it.

Annabeth: I usually have a dagger to two on me, and I find those useful. Although a sword wouldn't be bad

Leo: I've got my tool belt, although a lightsaber would be an awesome weapon

Goldenflame: Y E S I want a lightsaber too! All I have is a bow and arrow right now...

Frank: I have a bow and arrows, and I don't really want another weapon except for an unlimited amount of arrows

Piper: Katoptris is my weapon, but I would really like a blade that doesn't show me the future and keeps me up at night

Hazel: I have a spatha, and I'm not interested in any other weapon

Goldenflame: Lightsabers will always be the best weapon, and I would complete the most lethal quest ever just to get one that can actually kill monsters. Next question! What do you feel is your mental age? (mine is probably 18 or 20)

Jason: Nico, my girlfriend's been possessed!

Nico: *concentrating* I-it's the Fangirl Demon...once it possesses someone...there's no undoing it

Nico: *is trying* The demon... it's too strong... it wasn't this powerful the last time I encountered it...

*Due to Piper being possessed, she won't be able to continue answering the questions. We apologize for the inconvenience*

Goldenflame: Alright, now that we put her in a mental hospital, here's the last question! Favorite breakfast food? (mine's plain idlis with peanut chutney. You Can't blame me, I'm a South Indian)

Leo: Breakfast burritos are literally ambrosia but for mortals. They're awesome!

Annabeth: I usually have a piece of fruit

Jason: Bacon is the best

Nico: I crave Death in the morning.

Will: He means that if you give him marshmallows in the morning he'll be your best friend

Goldenflame: Pancakes and waffles are 10/10

Leo: There is one other thing before we end this... I read the comments too, and Ria said that she's pansexual, so... I have no idea what that is...does that mean that you're sexually attracted to pans?

Goldenflame: -_- No Leo, it means that you're attracted to anyone, and their gender doesn't matter

Leo: Ohhh I get it now. So I'm technically pansexual?

Piper: *crawling on the ceiling with a demonic look in her eyes* I SHIP IT

Nico: Nothing is going to stop her, everyone RUN!!!!

Goldenflame: *while running* So that's the end of Part 15! If you have any questions, just drop them in the comments below. I'm sorry for cutting this short, but I'm currently being chased by the Fangirl Demon. If we make this out alive, then we'll see you soon. Bye!!!