Commaful
The Crazy Dream That I've Have 5 Times Already... 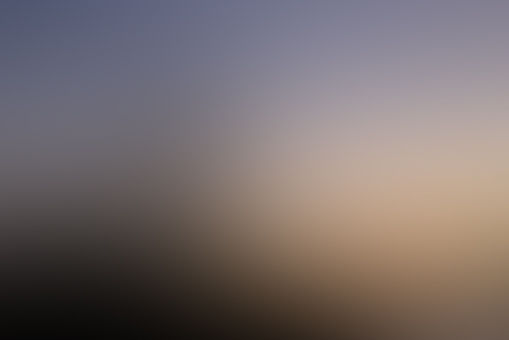 ginger_night Walk into the sea.
Autoplay OFF   •   3 years ago
Transcript Use Images
This is for the Dream challenge. And let me just say, this dream is so scary but not scary that I think back on it and laugh.
thriller scarystupiddream-2018funnycreepy funniest creepy storiesfunniest dream-2018 storiesmost romantic stupid storiesscariest creepy stories

The Crazy Dream That I've Have 5 Times Already...

First off, don't judge me on this.

Second off, let me set the scene.

I'm at my normal house, everything is EXACTLY the same as it is in real life.

The only thing different is there's a forest behind my house.

In that forest, there's an old man, he was homeless.

He had a red blanket as a donation.

(Odd as it is, it was actually MY red blanket from inside my house)

Anyway, one day in the middle of the night, I hear screaming and see there's a fire in the forest.

The man comes running out, strangling the blanket!

He screams something and then yells;

"Take the blanket! It's alive! I swear! It burnt down the forest!"

and he drops it on me.

Now, let me actually say this.

I've have this dream 4 other times. Making this time the 5th.

But every time, the dream adds a detail. Or takes one away.

Which makes the whole dream different, but the concept the same.

Now, somehow in my conscience, I knew about the previous times I've had this blanket.

I tried to get rid of it obviously.

Because in my previous dreams the blanket WAS alive, and tried to kill me.

(I told you this was a crazy dream)

So, the first thing I did: (and I did this in every time I had this dream)

I simply threw it in the dumpster.

Next morning, it was back on my bed.

Then, I burned it in the fireplace.

Next morning, it was back on my bed, not even burnt.

Then, I shred it, cut it with scissors.

Next morning, no surprise? Back on my bed, without a scratch.

But I hadn't actually SEEN it do anything.

And it did. The blanket got up, using it's 4 corners like legs and hobbled over to me!

It wandered up to me and muttered 6 terrifying words.

I screamed and threw the blanket at the computer.

Because at the time, I was in the office.

The blanket screamed at me and threw itself onto me.

It wrapped itself around my neck and choked me.

When I awoke, I was back in my bed

The house was silent.

No one else was home.

The first thing I saw, was it was still night.

I wasn't asleep for very long.

The second thing I noticed,

I had a lot more dolls than I remembered..

I only had 1 because it was a gift from my grandmother.

All staring right at me.

With their creepy button eyes.

Then their black buttons, turned red.

The they started glowing and crawling towards me.

I screamed and tried to move but the red blanket was keeping me down.

(My gosh I just realized I wasn't stronger than a blanket)

As the dolls were centimeters away from me, I was teleported outside.

Then I was confronted by another doll.

This one was missing an arm, and an eye.

"I have gotten rid of that terrible blanket over there." it said. "He wasn't doing his job quite right.."

I looked back at the house.

Or where the house SHOULD'VE been.

I just saw my Dad's car. But then I realized my Mom's car was missing.

The doll smiled creepily, and its whole head turned, like an owl's.

Then a bunch of broken toys, started wandering out of every house in the neighborhood.

Once they got off the yard, they got larger until they were the size of the house!

All the street lights went out, and I could only see the doll in front of me.

Then I saw headlights.

One of them was broken.

I saw my family's car driving down the road.

I screamed and waved at them.

My whole family was there.

They drove right past me as if I didn't exist!

They kept driving and a brick wall appeared in front of them.

They crashed, and all died.

I screamed, and yelled.

"WHAT DO YOU WANT FROM ME?! I HAVE DONE NOTHING!"

Then the whole scene froze.

The doll turned to look at me and said,

"I know. The old homeless man has given you the burden he has been carrying. He is supposed to be in Jail. We are all here to help him confess! Anyway, now you have to confess."

"I will do ANYTHING! Take me to jail for him!"

I sighed in relief. I thought it would be years.

The doll snapped its fingers.

and it was daytime.

My family was back at the house.

All the toys returned to their normal sizes and houses.

I gladly turned to go walk to the Jail.

Which for some reason was only a 2 minute walk away.

But before I left, I saw the blanket and doll creep their way into my neighbors house.

I was friends with him at the time so I quickly knocked on the door and left a note.

"Do what they say. Confess and pay. (Also don't try to get rid of the blanket!)"

Then I left, smiling all the way to the Jail.