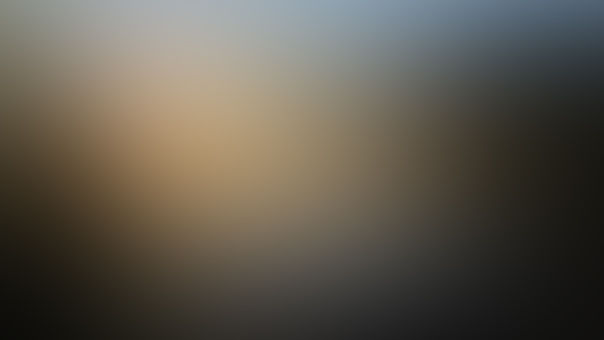 getz_writez Helloooooo
Autoplay OFF   •   9 days ago
Transcript Use Images
Made it to chapter 5! Please read the ones before this, so your not totally lost. I hope u like it!
fiction adventuresupernaturalsuper naturalmemoriesdiscovery

When I opened my eyes again, I knew that something was different. Instead of trees above me all I saw was a clear sky. In the distance I heard the faint sounds of laughter and splashing.

I raised my hand to block the sun. Those are not my hands. Who am I? Luckly, my question was answered when a little boy ran up to me, a huge smile taking over his face.

"Ash! Look at this! I found a toad! Come on, hurry up! You have to see!" he said as he grasped Asher/my hand to pull him/me along. Asher laughed as he ran along with the little boy.

We ended up at the edge of a lake filled with people dancing and playing in the water. I loved how carefree and happy everyone was. I don't remember ever experiencing anything as joyful as this.

"Ash! Look! Here he is! I think I'm gonna name him Trevor! Meet Trevor the Toad." the little boy giggled as he held up the toad in his hands to Asher's/my face.

"Hello there Trevor. It's very nice to meet you," Asher held out his hand as if to shake the frog's hand.

"It's very nice weather we are having today, isn't it?" he then said with an exaggerated accent. The boy giggled again as the frog hopped off of his hands and landed with a splash into the water.

"You know what?" said Asher playfully, "I think it's about time that you joined Trevor in that water."

"No, I think I am perfectly fine out here," the boy laughed as he began to back away.

"Weeeee" yelled Luke as he flew through the air and landed in the water. "Again! Again!" They spent the rest of the day playing in the water and searching for more toads.

I enjoyed every minute of it. Even though I knew it was just a memory, I was sad when it got dark and they had to start heading home.

"Do you think that Dad will be upset that we are late?" asked Luke.

"Nah, I think he'll be fine. It's Mom we're gonna have to worry about," Asher smiled as he playfully ruffled Luke's hair. They spent the walk home talking about nonsense and making up songs.

When they arrived home, I managed to get a pretty good look at the house. It was tucked away behind a few trees in the back of a neighborhood.

It was one level and pretty small with chipping yellow paint. The grass outside was overgrown with lots of shrubs and bushes.

However, despite its many imperfections, it gave off a feeling of warmth and welcoming.

"Let's gooo Ash! I smell dinner!" yelled Luke as he ran to the front door.

"Hold on buddy. I'm coming!" Asher said as he followed his brother inside.

Oh no, what's wrong? The house was unnervingly quiet as Asher protectively checked every room, Luke trailing behind him.

Eventually, the silence was interrupted by a loud crash that seemed to come from the backyard. Following the crash was a woman's scream.

Asher bolted through the back door and froze when he saw the scene in front of him.

Who I'm assuming was his mom, was on the ground crying for mercy as an unkempt man held Asher's dad against the fence with a gun pointed at his head.

I looked over and saw what had made the crashing sound.

On the ground were pieces of an old vase, and based on the blood running down Asher's father's head, it had been used to get him at gunpoint.

"Dad!" screamed Asher as he began to step forward, even though I'm not sure what he could have done to help. The man looked over at Asher with a gruesome sneer.

"Your father got involved with the wrong people, boy. Don't worry, I don't plan on harming you, that wasn't in the contract.

Though, unfortunately, having no money to bargain with, he put his own life on the line," the man laughed, showing several missing teeth "The funny thing is, I bet he knew this was coming.

I'm just surprised he didn't try to run before I came along. Of course, it wouldn't have made a difference.

" Then he looked over at Asher's dad and said, "But you're smart enough to know that, right?"

"Please, just let him go." Asher was shaking now and I could feel tears running down his cheeks. I saw his dad look over at his son and then look down. He was accepting his fate. The man grinned.

"Well this has certainly been a fun family reunion, but I've got to go. I have another appointment that I would hate to be late for.

" I watched him pull the trigger, and I heard the gun go off, but the memory began to fade before I could see any more. The scene stayed frozen in my head as I began to wake up.

I opened my eyes to find myself laying on something relatively soft and the sun peaking through a makeshift ceiling of branches woven together above me. I groaned and rubbed my head as I sat up.

I was sore all over and my head was pounding. I was in a little room with grass floors and blanketed walls. Across from me was a short stool with a pitcher of water on it.

I would have been worried about waking up in such a different place, but between the pleasant feeling it was giving off and the fact that I doubted I would be able to stand without falling over,

I decided to stay where I was.

I looked at the pitcher of water again, and suddenly realized how dry my lips were. I leaned forward to try and grab it, but I suddenly felt faint and fell back again in order to not pass out.

I began to close my eyes, but I opened them again, startled when a man and a woman walked into the room.

I pegged both of them to be in their mid to early twenties and immediately felt more relaxed with them nearby.

"Oh good! You're awake," said the woman as she filled up a glass of water and brought it over to me. "I was worried for a bit there, but it seems like you're okay now."

"I'm sorry, but we can't tell you about this place until you tell us why you were on the ground screaming," the man interrupted as he crossed his arms.

I could tell that he was trying to look intimidating, but the look did not suit him. He wasn't very tall in the first place, plus his eyes seemed to always be smiling.

"How do you know I can trust you with that information?" I fired back

"No offense, but don't you think you might be in a much worse situation right now, or even dead, if we hadn't saved you?" the woman answered

"Fine... I guess that's fair enough," I sighed, "I'm not exactly sure what happened, but I just recently learned that I could talk to someone in my mind, and the wrong people got him.

They tried to get me too, but I managed to run away. Me and him were talking about this, through our minds, when suddenly I couldn't hear him anymore and a screeching filled my head.

Does that give you the information you need?" Both of them looked at each other and smiled. The woman then looked at me and nodded her head.

"Why is this important to you?" I asked, looking between the two of them, "Are you going to turn me in now?"

"No! Don't worry! We won't hurt you. We took you here because, well, you'll fit right in." I must have looked confused because the woman then said, "We are like you.

We are Anima, " she said gesturing between her and the man, "and everyone else here is, too."

Thanks you so much for making it the whole way! Please comment what you think. I’m still pretty new to writing and I would love feedback!