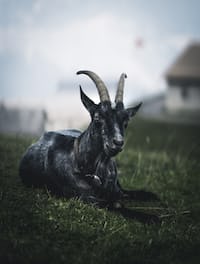 genaervin genaervin.weebly.com
Autoplay OFF   •   4 years ago
Transcript
She pressed the knife against her skin and slowly moved the blade over her wrist
www.facebook.com/GenaErvi... www.twitter.com/GenaErvin
midnight

She pressed the knife against her skin and slowly moved the blade over her wrist releasing the warm red liquid.

She watched the blood flow down her hand and wiggled her fingers a little to create a sort of ripple effect in the sink.

As the blood left her, she felt a sense of calm for the first time in months, maybe even years.

The blood was her pain and she sent it down the drain where it belonged.

The hour was drawing closer, the witching hour as they call it, and she was ready to summon the creature to judge if she was worthy.

It would either help her or devour her.

The bells of midnight sounded on the hallway clock as she finished the third round of her chant. She was then left in silence.

She waited for the creature to appear. Time passed her by.

One minute, then another.

It would seem that she believed in a lie.

She bandaged her wrist in disappointment and opened the bathroom door.

As she stood in the doorway, it growled from behind her and lunged before she had a chance to react.