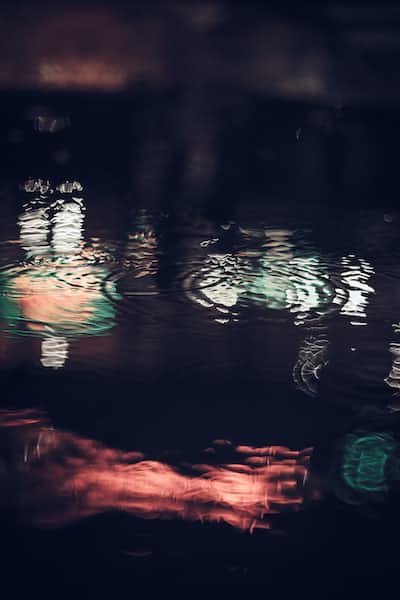 gemma2212 Community member
Autoplay OFF   •   4 years ago
Transcript Use Images
The footsteps followed her through the darkness....getting closer and closer.....
thriller shortstorybash17suspensemurderthriller

The footsteps were still behind her. Heavy and hurried. She picked up her pace as she walked through the underpass.

She leapt up the steps two at a time to make it back to ground level. The rain poured down as she scurried back onto the high street. The footsteps still followed. Getting closer.

It was late. No one was around. The metal shutters concealed the shop fronts. She turned. He was still there. Following.

'Psychotic Killer still on the loose' the newsstand read. Her walk turned into a slow run as she clenched her coat around her. The footsteps began to quicken too.

Psychotic killer claims sixth victim' the next newsstand read. She turned again and could see her pursuer was gaining on her. He waved his hands. She began to run faster. It wasn't far now.

She could see the building it was so close.She clutched her coat and ran faster. The footsteps behind quickened. He was getting closer. She grabbed her keys from her pocket.

She stopped at the doorway and clumsily tried to fit her keys into the lock. She looked around. No one. Except her pursuer. He was within reaching distance now. She swallowed and closed her eyes.

"Couldn't you hear me?" She opened her eyes and turned to face the man. "I yelled and yelled," he said and held out his hand. "You dropped your purse," he said and smiled.

She looked down at the purse and then at the man. She breathed and a smile spread across her face. "I didn't hear you, the rains pretty loud!" She smiled apologetically and took the purse.

"Yeah, it's a bad night," he said as he shook his wet hair and brushed down his sodden jacket. "Sorry," she said and smiled again. "I just thought...well...you know...," she giggled quietly.

"You thought I was following you," he finished her sentence. "I'm sorry," she repeated. "You have been so kind and I've been an idiot. Can I make you a coffee? Dry off a bit?" she stared at him.

He looked a bit taken aback and then a smile filled his face. It was a kind face, she noted. He nodded in response. "Sure, that would be great," he replied. She put her keys in the lock.

"So I guess you don't think I'm the psycho killer now then?" He laughed as she pushed open the door. Thwack!! He fell to the floor and a figure stepped out from the shadows. She turned.

"I never thought you were. My brother is," she replied to the lifeless body on the floor. The man stepped out from the shadows and faced his sister.

"Anyone see you?" he asked her. She shook her head. He wrapped his arms around her shoulders and squeezed her hard. "We make a good team," he said and she smiled as he dragged the body away.