Commaful
Listen! I need a break. 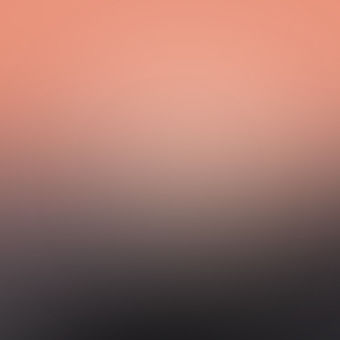 Listen! I need a break.

No, not from the internet, silly! I'm just gonna get some Doritos and green tea. Brb peeps!

*gachauwu leaves room* As soon as gachauwu left, the sound of rustling came from the closet... "HEY!! Stop *glitches* pushing! This is *glitches* getting uncomfortable!" "It's not my fault your stupid PUPPETS keep occupying the space!"

"WHAT DID *glitches* YOU SAY ABOUT MY *glitches*PUPPETS?!" "Ink, Error, BOTH OF YOU! The human is gone! we can go out now." "Aw, really? I wanted to see the human continue using the....the... Sans, what was that thing called?" "It's called a computer, bro."

"Yeah! Right! A computer!" "Alright, enough chit chat! I the magnificent Sans say that we should get out of this closet!" ...As a huge number of skeletons come out, gasping for breath after being confined in a tight place.

"I said 𝙄 was the one who was going to scare her, Death!" "No way! I want my part in this too!!" All the killer Sanses then start arguing, oblivious to everything around them. "Not again....Swap, please stop them." "Sure thing, Papy!"

But before Swap could even stop them.... Uh.....Hi? All the skeletons whip around, only to see gachauwu standing at the doorway. As Horror was the closest to the gachauwu, he immediately pounced on her, his gleaming knife at her head.

"🆈🅾🆄 🆆🅾🆄🅻🅳 🅼🅰🅺🅴 🅰 🅽🅸🅲🅴 🅷🅴🅰🅳 🅳🅾🅶.." Expecting a response, all the skeletons held their breath, but to their surprise... gachauwu just giggled. You have ketchup on your face. Lemme clean it for you. ...As she licked the ketchup off.

"Heh, you don't ever flinch, do ya, kiddo?" "W-wait, how did y-you know that that was k-ketchup?!" Gachauwu laughed once more, as Sans grinned. I can smell, silly! "W-whatever..."

Heh, heya Papyrus! Gachauwu said as Papyrus scooped her onto his shoulders. "Hey, bro, give the kid a break." "Awwww, fine..." It's okay, really! Pap's shoulders are really comfortable!

"Meh, it's nothing." Gachauwu then proceeds to fiddle with Fell's jacket. This jacket is so fluffy!!! Can I try it on?? "...And what if I say no?" Gachauwu pauses for a moment, And then...

She pounces under Fell's jacket, her head poking out. I don't take "no" for an answer! "Heh, cute...reminds me of Frisk." As soon as Sans called her name, Frisk immediately appeared with an odd, brightly coloured skeleton next to her.

"Did someone call me?" "Heya Frisk, I did." Frisk! "Oh hey! Another human!" Hi, heh! Gachauwu then notices the colourful-looking skeleton behind Frisk, popping out.

Anyway! Anyone up for Grillby's?! It's on me! "YES!!!" Everyone said at this same time. And together, they all disappeared out of the room.

Lol okay that's too much of Fresh now XD

Anyway, I made this book a lil different from my normal story style.