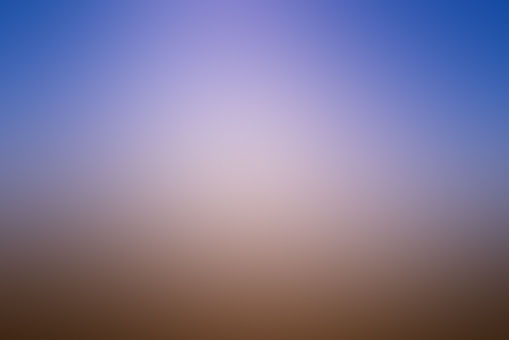 forsakenwell 忘的好忘的好忘的好忘的好忘的好忘的好忘的好忘的好忘的好忘的好忘的好忘的好忘的好.
Autoplay OFF   •   a month ago
Transcript Use Images
OVER 10000 CHARACTERS.....Another short story bc my poetic mind died... Also, I did my best to shorten it so it. (was listening to music while writing, so the tone may be effected accidentally... and IDK why I keep writing in an girl's perspective even though I'm a boy...)
.....
feelings feelingsthoughtsshort storyshortstorystoryheart breakheartbreaklove*beeping* 10000 charactersdad

(Would love it if you would leave a comment... My brain is dead and can't look over it with a pair of fresh eyes...)

Rays of light slowly creeped into the unlit room. It was the kitchen. Bowls were piled high in the small sink and entire place was yellowed and dusty.

The density of dust in the air added on to the appalling view, yet ironically, it veiled the stains quite well.

Soon, the sun was well over the horizon.

A little girl, around the age of 10, hopped down the stairs and looked into the kitchen.

Her pink t-shirt and blue jeans were not stained, but they were a few sizes too large and their colors were worn out. This was especially so as she was scrawny and small for her age.

She hadn't had new clothes since two years ago and hadn't celebrated her birthday since 5. But that didn't faze her. Even when that was because her mother left with another man.

She had an haggard expression on her face, yet her wide, beautiful brown eyes still shone.

The tiredness on her face mirrored the kitchen, but a hint of determination could be seen along her jaws.

She swiftly rolled up her sleeves neatly so it wouldn't drop. Then she daintily walked towards the sink, taking wider and quicker steps when pasting the black rectangular table.

She did her best to train her eyes forward, yet her nose wrinkled instinctively. Unbeknownst to her, she had actually curved around much further from the table then she had meant to.

Afterall, a large man in a stained white t-shirt was slumped over it with a few glass bottles on the table. A half finished beer was still clutched tightly in his left hand.

Even with his face turned towards the otherside, just his heavy breaths were ominous enough in this still and deathly silence.

The pungent smell hung heavily in the air without release, yet the first thing she did was not to open the window but to grab a sponge and add a few drops of soap.

The spring this year was unpredictable and windy.

She then nudged a foot stool in and stepped on it. Plugging the sink, she ran the water on hot and low, and started scrubbing lightly.

*Haht* Suddenly, the man behind her snorted and tensed up, awakening from his dreams.

Her movements froze, trembling, ignoring the scaling water that was running over her fingers. She slowly turn around to find the large sullen man glaring at her.

Instantly, she turned back, slided the plate and sponge into the water, rinsed her hands, and shutted off the water. She turned around again while wiping her hands on her lap.

The staring continued for quite a while, and soon, both of them started trembling.

"get out." He said deeply as usual.

"Get out." He said louder, his eyes boring into hers.

She quickly stepped off the foot stool and shuffled around the edges of the kitchen to the stairs, where the front door is too. She didn't look back at all, but his gaze felt scorching.

She looked back meekly.

"Here. Take this." He tossed a pouch filled with something light since it floated across the air.

She caught it nervously with both hands and immediately knew it was paper. Paper money with a few coins.

"Leave." He said with a wave. His voice echoed this time, seemingly exhausted.

She didn't hesitate and scurried out the door. *He must be asking me to buy stuff alone again,* she thought, *....But the last time was about a year ago... was it the same date?*

She shook her head and as she closed the door behind her. *That doesn't really matter, does it?*

She lossend the drawstrings and peeked inside.

The last time he had only given her 30.

She remembered it clearly as she had bought a lot of preserved foods that time. She was beaten for buying unhealthy processed goods.

And then she remembered the year before that. She had bought premade meals and was beaten for it being a waste of money.

The Springs before when she had been given money flowed into her mind until... she don't remember. All she did know was that whatever she had bought, it was always unsatisfactory.

So she was always beaten. And every time, she was brought along to shop with him early in the morning.

Maybe some beef and fruits this time? Two chickens might be too much.* She calculated with her hand as she walked to her father's bike, which had a small cart hooked on.

She hopped on, kicked off the house wall and rode to the market. On the bike, she felt the harsh breeze. She thought about how she didn't grab her jacket, but ignored it as it was warm enough.

She didn't want to go back now. She sighed, and a determined look appeared on her face.

After getting close to the market, she hopped off and pushed the bike forwards by the handles.

She first went to buy rice from an kind, skinny old man who would always give her a lollipop. It was also right at the entrance.

"Hey, little girl, you came early this time," old man said with a smiling face as he weighed 12 pounds of rice for her. She nodded back

"How about you accompany me for a while? I'll give you another five~" he jokingly fanned five lollipops in front of her. she shook her head.

Although she was not with her dad, she did not dare dally.

The old man laughed it off and sneakily placed those five in her bag as he tied it up and dropped it into her cart.

As she continued to buy goods, she was filled with confusion.

The tanned frail grandma, who sells spices, passed her a cup of salt with a pink ribbon around it with a smile.

The man with grey hairs who sold vegetables wrapped up another two bell peppers for her. "Try it raw!" he laughed.

Seeing her hesitance, he cut off a bite size piece for himself which he ate in front of her.

he then cut another piece with his pocket knife and waved it forwards on the blade with the edge facing himself. She picked it off curiously before tasting it.

She spat it right out due to how strong it was. The man gave a hearty laugh. "Guess you don't like it this way!"

He placed the cut up one in the bag with the other two before handing it to her.

"You should try it cooked." He waved her off.

Nothing happened when she got some beef and fruits, but it all still felt like a dream.

When she reached the roasted chicken house outside the marketplace, it was midday. While receiving her chicken, her stomach suddenly grumbled.

The fat lady who runs this small place smiled through her usually tired face.

"You haven't eaten lunch yet, right?" She gave her an drumstick and some bread on a small dish.

The little girl hesitantly received it. The dreamy spell she was in was broken as it reminded of all the days her father was not home. He was always a work and she had to fix up her own meals.

"Go on," She urged, "This is just something extra after our meal."

Something felt off, but after a while, she ate it.

After filling her stomach, she bowed and thanked the lady before leaving.

She grunted as she pushed the bike. Everything added up was much heavier than she thought. It was probably because she just ate. After pushing it to a good speed, she hopped on and rode home.

The way back took an entire hour, and the sun had started to set. As it was slightly uphill, there were many times where she wanted to give up when she stopped for rest.

She left the bike in front of the door and started by carrying rice up the stairs.

After she got through the door and dropped the rice sack heavily, she looked up and sighed as she wiped her forehead with the back of her hand.

But then she froze as her heart started beating heavily in her chest. Suddenly, feeling a overwhelming wave of exhaustion, her knees almost buckled.

Afterall, what she saw was her father's stern gaze looking down upon her.

Seeing her waving body, he gave a short command. "Go to sleep."

She gladly complied without a second thought and pulled her body up the stairs.

She didn't realize how odd it was for him to be here at this time of the day nor why he did not beat her up this time.

She didn't realize how clean the kitchen had become even when it was the only place lit up.

She got onto bed, pulled the covers over herself and soon fell into deep sleep.

She woke up the the sweet mouthwatering smell of bok choy and chicken and the metallic clang of the spatual sweeping over the pan.

She pulled herself groggily out of her covers and sat up. Everything was unnaturally light in a blue/gray way as the sun had just set. Somehow, it felt more comforting than ever.

She shook herself awake. *What am I thinking? This has always been my home.*

Her stomach suddenly growled. *I should fix myself a quick dinner... Wait. What's that smell?* She took a deep whiff. *It smells so good... Smells like the chicken I had bought...

Huh? The chicken should be cold by now. Who cooked it?*

At this time, her ears finally didn't take the sizzle and cackle of oil as background noise. *Could it be...?* She question.

She wore her old rubber slippers that had turned soft and thin under constant use.

She got down the stairs holding the railings as she was disoriented by the emotions and thoughts welling up inside as she got closer.

At the bottom of the stairs, she stop. She did not dare peek into the kitchen as: what if it was an illusion?

Suddenly, the sounds faded away without her realizing it. The the light flowing to the stairs did seem to darken.

She shuddered. It was as if he knew she was hiding on the stairs.

"Coming," She shouted in a whisper to make herself sound convincingly in her supposed location.

After a minute, she walked in to find her father giving her a bright but tired smile in an blindingly immaculate kitchen.

She was at lost for words. After all these years of drinking and emptiness...

"Try some," he encouraged.

Tears flowed freely off her face.

Extra: She didn't realize that dad had finally gotten out of his stupor to treat her on her 10th birthday, and that the food the lady gave her contained sleeping pills. (don't do that...)

After so many years of disregarding his daughter emotionally, he didn't have the face to suddenly become the perfect dad.

As the result of weeks of thought, he decided to make this a fulfilling day for his daughter instead of trying to catch the long lost love.

More: And no, I did not experience this. ....But there's sometimes this longing....