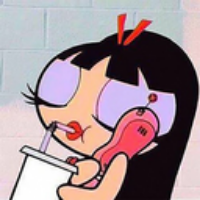 filterlessme Shameless,Emo,Opinionated.
Autoplay OFF   •   4 years ago
Transcript Use Images
Snippet from a time I hallucinated at
a King Gizzard and the Lizard Wizard show
thoughts skyacidhallucinationvisionsjunglemusicpsychedelicstrangersmetaphysicalconcerts

Saturday I met up again with my Canadian friend Tanner.

I had an extra ticket to King Gizzard and the Lizard Wizard so I traded Tanner's cousin the ticket for a hit of acid, fair trade!

The rule w/ psychedelics is set and setting. I distinctly remember Hendrik saying that acid was for chill times not concerts

Acid at this time wasn't easy to come by so I figured what the hell why not. I met Tanner's other friends ,Garrett who Tanner met at SXSW last year and his gf Jess an amateur artist.

Jess was a really sweet girl her and I hit it off immeditately.

They all had been at Eeyore's Birthday Party, earlier and had already dropped their tabs so they were peaking just as they arrived at Barracuda.

I popped my tab and carried on

.The come up was a carousal ride, up and down round and round, pretty lights, the sultry jazz sounds of Mild High Club playing , a perfect day in April.

In between band sets there was a big sing along to Strawberry Fields.

Even now still hear the many voices singing in harmony swirling around my head , their voices the color fuchsia.

Closing my eyes, I raised my arms in praise and grattitude reaching for the cotton candy clouds . I am the happiest when I am among my tribe.

I stumbled out of the crowd and ended up against a tree, hugging it as if it were holding my hand into the other side.

Someone who had climbed up the tree, decided it to pour water down over me.

A full on assualt on all the senses ensued I felt every single droplet not only fall but go into my skin and it melt me away into the dirt,.

I was now in the middle of three vines . Although they were small plants to me it looked like a forest and I an ant.

people's faces started to dettach from their necks and snake surf on top of the crowds.

she turned into a gorgeous bird

I looked to my left. There on someone's bare back was Ganesha sitting on a Lotus flower. Her ruby eyes and mine locked.

"This is what is" is all she said

this was true vision, this is what the world actually looks like, everything that is magic is real but is not visible to the naked eye.

overwhelmed I closed my eyes to give them a rest

but not even that helps for your mind keeps talking creating sacred geometry.

When I opened them it was time for King Gizzard and the Lizard Wizard to take the stage.

Once the first note hit I was skyrocketed into cosmic obliteration jaw to the floor, all I could see was white light

as though I had been struck by lightning .

then the sound possessed me made me it's puppet.

I probably looked like and idiot but then again there was people climbing lighting rigs jumping over the venue walls just to get in Absolute maythem.

I could feel the ground rattling into an earthquake

the energy in the crowd