Commaful
The Boy with Blue Hair By, Chloe Innes 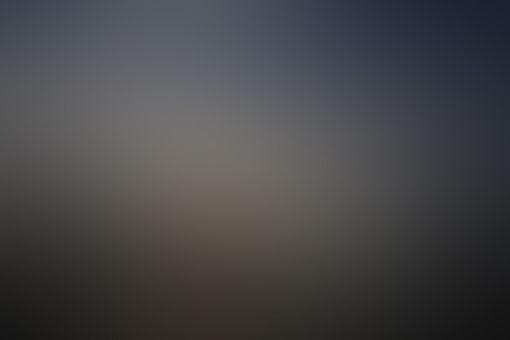 fairytalewriter Community member
Autoplay OFF   •   3 years ago
Transcript Use Images
An original twist on the fairytale of Bluebeard.
fiction originallongstorybluebeardmagicshortstoryfictionadaptationfairytales

The Boy with Blue Hair By, Chloe Innes

Once upon a time there was a young boy who was playing in front of a Evil Witch’s house. When the Evil Witch saw what the young boy was doing she was filled with rage for no one was allowed in her beautiful yard.

So the Witch cursed the young boy so that he had blue hair and could never be able to be happy again without punishment. After that day every time he tried to do something that brought him joy, something would go terribly wrong.

As the boy grew older when he would walk through the streets, people would stare and whisper and no one would talk to the boy who had blue hair and terrible luck.

They even began to call him Bluebeard as he started to grow a beard bluer than the hair on his head. So Bluebeard hid himself away, his only company were the voices in his head. The longer Bluebeard stayed away the more blue his hair became.

When Bluebeard was about twenty years old a very peculiar girl moved into the small town. She was a quiet girl who often kept to herself. She had dark beautiful features and almond skin that made her glow in the moonlight.

No one paid much attention to this young girl for she was not the most beautiful or the most brilliant girl. But when Bluebeard laid eyes on her, he was the most curious he’s ever been since he was just a boy.

Bluebeard wanted nothing more than to meet this young woman. But he knew that something would go terribly wrong if he were so interact with her.

So Bluebeard watched her from a distance. Afraid of what might happen if he were to come to close to her or become too attached to her. Nothing good could come from him meeting with her. Especially considering that he knew that this woman would bring him joy.

Something he had not felt in years, something he was afraid to feel now.

Bluebeard watched the young woman he learned that she was kind and selfless. She would sneak out and take long late night walks through the town and through the forest.

Every time she would go on these walks she would run into a situation where she would act in incredible ways.

She would often drop off food at the doorstep of a family that she would overhear during the day saying that they had nothing left. And she would feed animals that seemed to be hopelessly wandering the streets at night like her.

Although she was shy Bluebeard saw her never hesitate to help someone in need. She would comfort anyone she came across who were crying or grieving and whisper comforting words, that were to quiet for Bluebeard to hear, to them and would rock them in her arms.

But during the day no one seemed to notice the woman, not even the people who she had comforted the night before. But she did not seem to mind.

Bluebeard was simply fascinated by her and wished more than anything that he was not under this curse so that he could meet this wonderful woman and show her that he noticed her and all the kind things she has done. But he knew he could never do that.

One night as Bluebeard followed the young woman like he did every night, a drunken man was walking through the moonlit streets.

The young woman kept her eyes on the ground and walked a little faster, trying to ignore the slerd shouts from the drunken man. But the drunken man was much stronger and faster than the woman and he grabbed her arm pulling her onto the ground.

Bluebeard, watching as the man towered over the young woman thought, “What if this is my fault? What if I got too close and started caring for this woman and that’s why this is happening,” his heart racing with what he should do next.

He could not just stand there and do nothing even though he knew going and helping her could do more harm than good.

Bluebeard ran out and began to beat the man who was attempting to harm the young woman that Bluebeard had grown so fond of. The man began to back down saying, “okay, okay you win. You can have the girl,” and stumbled away without another word.

The young woman was terrified and upset and when she saw the colour of Bluebeard’s hair and beard she became even more frightened as she had not seen such a thing before.

Bluebeard reassured her that she did not need to be afraid and that he was not going to harm her. But Bluebeard was careful to keep his distance while comforting her for he was still afraid that something terrible would happen if he were to touch her.

Bluebeard began to get up to walk away when the young woman called out to him and asked if he would bring her back to his place to rest. She wanted to feel safe.

Bluebeard was hesitant but he finally agreed to let her come back to his place. He led her through the streets until they came across a small house that was slightly hidden behind trees and bushes so that no one would take particular notice to it.

Bluebeard motioned to a door just down the hall. The young woman thanked the kind Bluebeard before telling him that her name was Rose. Bluebeard felt a smile forming on his face. “Rose. What a wonderful name,” he thought.

As Bluebeard began to walk down the hall he stopped and felt the need to tell Rose that it would be best if she did not go into his room, which was the furthest room down the hall. She nodded in agreement and shut her door behind her.

By the time Rose woke up it was already late morning. She got up from her bed and went to go thank the man who saved her last night for all that he had done. She walked down the hall and into the living room but Bluebeard was no where to be found.

She called out, “Sir! Sir?” hoping to get a response, but there was nothing but silence. “Maybe he is still in bed,” she exclaimed as she walked to the end of the hall.

Once she was outside his door she remembered that he had asked her not to go into that room. Rose thought that there would be no harm if she just peeked to see if he was inside so that she could thank him and be on her way.

So she slid open the door to Bluebeard’s bedroom to reveal a plain room that could not possible bring anyone joy to be in.

She took a step inside the room to get a better look at the terribly depressing room that Bluebeard called his own.

As her foot touched the floor of the room she suddenly felt faint and stumbled out of the room and into the hallway. The room was spinning around her and all of a sudden all she could see what darkness.

Bluebeard had decided to go out to buy food from the market that morning and when he returned he saw poor Rose laying motionless in the hall. Bluebeard ran to Rose and pulled her into his arms.

Her lips were as blue as his hair and her skin cold to the touch.

Bluebeard picked her up and carried her into his room while tears streamed down his face. He had never lost anything so precious. He had never loved anyone but seeing Rose laying there broke his heart like he had never felt before.

Rose was dead and Bluebeard knew it had to of been because of him.

When Bluebeard told her not to go into his room he had never thought that this would be the result. He just wanted to keep his distance from her in case something bad happened to her because of it like it did.

Bluebeard felt broken and defeated and mourned Rose for days before he heard a loud knock at his front door. The knock startled him as he never had visitors and Rose was the only one who had ever entered his house.

Bluebeard thought about going to the door to answer it but decided that he was too weak to stand and face another person.

Then there was another knock, this one much louder than the last. Again Bluebeard ignored it.

When the third knock came it shook the house and the Evil witch that cursed Bluebeard so many years ago stormed through the door.

Bluebeard saw the Witch and he was furious with her for what had happened. The Witch laughed with delight, “So your curse finally took someone’s life did it?”

Bluebeard fell to his knees, and began to beg the Evil Witch for her to undo what the curse had done, to bring back Rose.

The Evil Witch saw the pain in Bluebeard’s eyes and felt pity for him. “Fine. I will lift your curse and bring back the girl. On one condition,”

“Yes, I will do anything!” Bluebeard cried. “This room that the girl stepped into is now forever cursed. If anyone is to step inside of it they will die. You may go on living your life but must tell everyone who enters your house not to go into that room,” Grinned the Witch.

“Yes! That sounds like a wonderful trade!” Exclaimed Bluebeard. So Bluebeard carried Rose into the living room and laid her on the couch as the Evil Witch lifted the curse she had set on Bluebeard many years before and cast the new curse on to the room.

Bluebeard’s hair and beard turned back brown and the colour returned to Rose’s cheeks and lips as she began to awaken. Bluebeard was filled with joy. More joy than he had ever felt before.

He picked Rose up and spun her around, “I thought I had lost you forever. I hardly know you and yet I care for you so dearly already!”

“You deserve to be noticed. You are kind and wonderful. Just promise me one thing and we can be together.” Bluebeard said cautiously.

“Never go into that room again.”