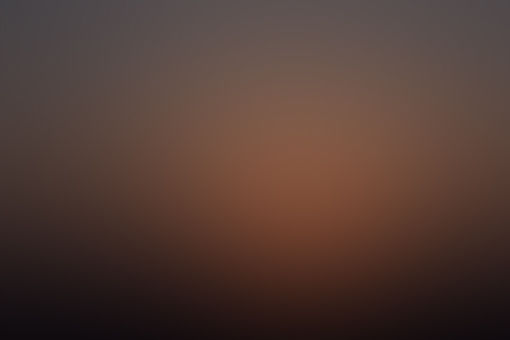 dr4pos Community member
Autoplay OFF   •   a year ago
Transcript Use Images
What makes the "specials" what they are? why are those so Specific for some and for others so unrelevant?
fiction fictionfantasyduospecialsabilitiessuperpowerssuper powerspowerspyrokinesiscryokinesis

"And he told you that was fine?", "No, not really just that I should take care of my self and that I basically shouldn't do it."

While Charlotte was weirdly calm about this, Pluto freaked out reasonably. Accel was listening but didn't really participate.

"Did he asked any more questions about it?" intervened Charlotte, "Yeah, he asked some details. how passive or active I am during this for example."

"And what did he say?", "He basically said that everything shows that I accept my bodies and enjoy my shape but that I probably don't take it seriously enough!"

"That's a good thing to hear.", "Wha do you support these guys.", asked Pluto bothered, "I even know this is wrong!"

"It's not like I totally support this I just ... weirdly understand it.", "Can we just change the subject now?" was interrupting them.

"Do you have any more health issues?", asked Accel, eating his 3rd bowl of cereal. "Yeah, the doctors said you could still have issues."

"I'm fine. especially because, due to this experiment I can go way earlier than expected" I told them proudly, switching the Food and the Book between bodies.

"Did this guy really didn't know about this", "Yeah, he weirdly seemed surprised that I myself, ordered everything."

"You don't need to, and the answer is no, I didn't." Pluto, who was one of the werewolves had weirdly specific morals.

"You should be especially quite. especially then I think what you tried to do with me back then." After I said that Pluto backed off.

"You can't hold that against me forever!", "Well if it stops working I can definitely show you who of us is stronger."

That reminded Accel of something. "The research btw. What did they say in the end?", "I'm glad you asked Peter."

"The experiment with the Illnesses that influence my body temperature differently did perfectly displayed my theories."

Even before I asked them to infect me with something I had wild Theories about this "Specials".

"The special someone has is basically based around something he feels in touch with or related to.

That is why a lot of the people in here are Beastman. Furries and scalies wish to be and/or relate to those creatures they want to be.

And even if they are not one of those. Someone raised with cats or other animals feels related to those either"

I took my time to speak the next.

"But this doesn't mean that that is enough to have those abilities. you need next to this bond also a "Potential" to get that.

A potential is basically the Possibility to have a special, and most people don't have that. but you can get it"

"Do you mean that this facility is giving people a potential with a certain bond Strong enough?"

I looked at Charlotte surprised, yeah, she is smart but my thoughts are mostly so random that no one can follow them.

"Yeah, exactly that. that basically means also that this facility has a way to find people without a Potential but with a bond.

The Experiment also shows that one can train a Bond. due to the fact that my Bodies had constantly those fever flare-ups,

I tried to embrace those feelings and concentrate them outside of my bodies. This causes me to have those kinetic powers."

Pluto looks confused, he had a lot of tempers but he basically wasn't dumb. Accel just listened.

"You can say it like that. the Term 'Thermal kinesis' that the guy used is btw. technically wrong.",

"you control, fire and ice, don't you? what is not Thermal kinesis about this?", meant pluto

"Exactly that my friend. I can CONTROL, fire and ice, and objects I influence with my power.

Because of me being able to create both means I can heat and cool down Items. SO it is far more complex than just thermal kinesis."

"Wait! If you can control fire? Does that also mean you can give Weapons some type of elemental damage?"

Accel seemed to be more interested than I thought, I'm happy about that he usually barely talks around the others.

"Even better. I could create almost indestructible armor and weapons out of both Fire and ice.

Scythes, for example, that are basically sharper and harder than any metal you can imagine."

"How does that work? and what is fire actually for that Matter?"

"fire is comparable to a shroom. The fire itself is basically the chemical reaction that causes carbon to combine with oxygen.

What we see of it are the heated Gases that emit from the fire. that is why there are blue or green flames either.

Those flames are just created by using specific materials to burn. Means based on the gases in the air,

I could even create Rainbow colored fire and tools based on this. I mean, imagine, don't know what to wear?

I just create the coolest suit and the Hottest dress in the most amazing colors to steal everybody else's show."

I said that still reading my Manga, Smiling on both Faces, and with a hint of sadistic pleasure in my voice.

"The only limit to a special are the Limits of your mind. With enough training, I could technically even Teleport."

"Now you just try to show off!", meant Pluto "I never said you couldn't but it depends on how you look at it."

"Ah fuck! The Boss wanted to show me something today. He said it is very important!"

The other looked confused about this sudden change of behavior.

"Just a small thing, I bring you with me then I leave so best you start to pack your bags."

"Wait what?..", "No time I have to hurry. I'll tell ya everything we talked about later ok?"

With those words, I stood up rushing, packed my book in the Bag, and left.

The Boss of this Facility meant there is something only I can help.

Because I'm the only one who is in "Shape" for this.