Commaful
How to be a God pt1 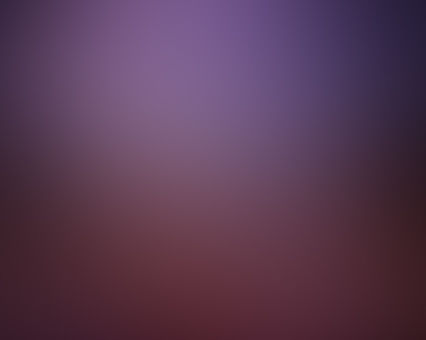 1. Gather a group of faithful believers

The classroom was noisy, the sun shone and a small bunch of students gathered around a table.

the air was filled with almost evil laughing and in the middle of all of that was a silent girl.

"Nah? don't you think you should just leave? It's not like anybody wants you here!"

The boy saying that was pretty popular. This girl seemed to have caught his grudge for some reason.

Notebooks falling down on the Floor. "Huh? Did I interrupt your writing? Do you want to be a teacher Pet?"

The Girl still sat there quietly. Her eyes focused on the place where her notebook used to be.

"because of you, I got detention! What is your fucking business what we're doing?"

She still hasn't said anything, she just wanted her Peace. If she keeps being silent they probably leave! she thought.

"you think you're really brave going to the teacher, HUH!?", "And what about you?" asked someone in the Back.

A boy, a bit smaller than the bully, made his way through this crowd. "All against one makes you look like a coward, honestly."

The boy said this in an almost emotion-free tone, or was there Pity in his voice? He picked up the Notebook.

"And if you think you're brave for smoking, I have to disappoint you. You are just a complete Idiot."

"How did you call me? Who are you? Are you her boyfriend or what?" the boy placed the notebook and said calmly:

"I told you what you are, a cowardly idiot. And no I'm not her boyfriend. But as a god, It's my duty to help mortals."

The bully looked amused and slightly perplex. "A god? you? In your dreams. How do you wanna know that she wants your help?"

The "God" looked at the Bully and said, "Your right! I have no idea about you humans. That's why I should ask!"

Then he looked at the girl and asked her, "Do you want this to stop?" saying this, he pointed at the bully.

the girl said something very quietly, almost unnoticeable "see? she doesn't even answer you as you wanted. You should just leave!"

The bully pushed the boy to the side that he almost fell and said. "see no one can actually help you in that!"

"I said, STOP IT!", shouted the girl, and right after this the Bully felt a kick to his kneecaps and punch to his Throat.

the bully was now kneeling on the floor and catching for breath. "have you heard? she wants you to stop that!"

The look in his eyes was cold like he planned to murder the bully in this instance. the students moved away a bit.

"What the Fuck is wrong with you?" asked one of the bully's friends and stepped closer to the Boy.

"I made him stop. Isn't that obvious?" the bully's friend threw a punch but the boy caught his arm.

"I really don't recommend that." he bent his arm slightly to hurt the friend and then loosened the grip.

The boy turned to the girl and said, "You are now my vassal, or how you mortals call it. my friend. ok?"

The girl who slightly laughed at the pathetic look of her Bully looked confused but pleased.

"Ok!" was her answer with a smile. The boy smiled either, the first time he showed some facial expression.

"Listen everybody! Whoever is hurting my friends, in any way, shall be punished. Remember that!"

He looked at the bullies intensely. "And you two stop crying. You can't have any injuries from this, so stand up!"

And indeed, except for their defeated posture they looked completely fine. like nothing happened.

"Now sit down. The teacher is coming!" As soon as he said that they all heard footsteps in the hallway coming closer.

after School, the Bullies and 2 of their friends waited at the entrance.

The Girl and the Boy, who spend their breaks together that day, were coming as the last ones out of school.

"Have a nice day!" said the Boy to the Bullies as they walked past them. but one of them grabbed his bag.

"Wait up! Don't you have anything else to say?" The boy was thinking, "See you tomorrow, perhaps?"

"Are we just a fucking joke to you?" said one of the Bullies and pulled him closer to them. The girl stood there, shaking not knowing what to do.

"Honestly? yes!" said the Boy and got a Punch in the Face. "Are we now still a joke to you?"

"Absolutely!" said the boy and laughed. one the Bullies punched him in the Stomach. But he laughed again.

"Only cowards team up for someone who is weaker as them. Can't you solve your own problem?"

He kept on laughing. "That one is fucking crazy!" said one of the bullies' friends. The one who pulled the boy loosened his grip.

"Thank you for stop touching me!" said the Boy politely and continued with. "Now we can get started!"

But the bullies backed up a bit, "You're supposed to hold him!", "Nah man this guy is just straight creepy!"

"Stop this nonsense! you are not a God! And you never will be!" screamed one of the Bullies.

"This might be your perspective but..." The boy put his hands behind his head and smiled,

"...We can discuss this with a delicious cup of coffee!" Everybody went silent.

The Girl that was shaking a few minutes ago also doesn't know what to say and just smiled.

"That was an invite btw." said the Boy and looked around. "But not today! I Promised Lisa to show her my favorite Càfe today!"

He pointed at the Girl. "Are you two on a date or what?" said one of the guys with a mean tone behind it.

"Not really!" answered the Boy. "I just love to show my friends my favorite cáfes!"

then he waved at the Group of guys they left behind and said "Goodbye!..."

Then his mimic turned Dark and he added, "Hope we'll see each other tomorrow!"