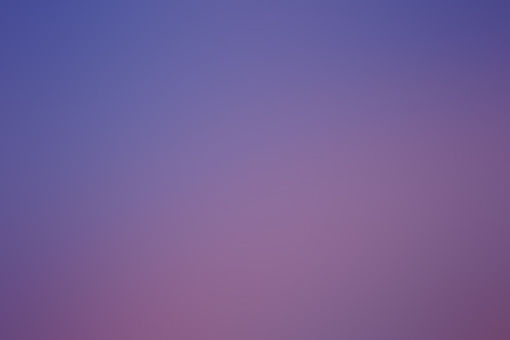 The speakers of the school suddenly went on.

"Justine Spring, please come to the secretariat!", Justine stood up, "I'll be right back" the teacher nodded and let her go.

are those the wise?

Entering the secretariat she saw someone standing in front of the desk, it was worse than she expected.

"Hello Justine, long time no see!" Justine backed off, clearly terrified. "Don't you recognize your uncle?" The Secretary seems to have understood the situation.

The fire alarm went off, "I'm very surprised to see you after more than 20 years! I thought I could've prevented that!"

"What are you doing here? everything should be alright!" Around them, people were slightly panicking.

Kain who just drew his Weapon and Justine were standing in their way. "Sadly. I haven't found her yet. And it's probably your fault."

With this word, he swung the Pata in her direction and she escaped in the last moment. "Are you afraid of dying? how ironic!"

He chased after her but ran into a crowd of teenagers. Now the people started to Panik and ran either back inside the halls or to the entrance.

"I WILL DEFINITELY FIND YOU! YOU KNOW FATE IS ON MY SIDE!", Bullshit! Thought Justine, who manage to grab her friends to somewhere safe.

"PSSSSSSST!" Justine silenced them, in the closet they were, was not just them but two guys as well. "Shut it that is not that easy to explain!"

"His name is Kain, we call him "The unlucky one" he is quite a bit older than we all together and he wants to kill me again."

Justine was surprised that she understood those questions after all, they were asked almost at the same time.

Crowded in this room Justine felt like she is about to get crushed as they all asked, why cato guessed that.

But they had no time for talking. As a Blade was suddenly showing its appearance, cutting through the Door.

Justine slammed her Friends at the door while opening it as soon as the blade disappeared and then saw Kain stumbling.

Then she immediately rushed at him and tried to block his arms by holding them up. "Now RUN you, idiots."

she just saw how her friends left for the entrance!

He got her off him and then kicked her at the other wall.

"I never understood you two! I had my moments were I thought, Probably mortals aren't that bad, But, in the end, they leave you alone."

"You might be right! But now it's just because if they would try to stand up against you they would just die."

He raised his Blade, "How right you are!"

At this moment a chair hit him. Two people were standing in the direction of the entrance.

"We wouldn't allow you to mess with one of our classmates." Those two, a boy and a girl, said that perfectly synchronized.

Good that most immortals are posers themself or else they would be dead at this moment or was that ... confusion on his face?

Suddenly something big hit Kain in his back. Justine had summoned her weapon. A Big hammer that shares it's staff with an execution ax.

Behind those two on the other side, she saw her friends standing, were they asking for help? Who are those two?

"We three are talking later. Just get the others out of here.", "You heard the queen let's go!" they sad synchronically and pushed the other to go.

At this moment Kain was standing up. "Ok, I have to admit that your friends are not that useless. But don't think you won because I saw that anomaly for the first time."

Every second he's talking was good. it means she could think more about what to do next and waste time till cato arrives.

"aren't you going to answer?", Justine was thinking. Which side to use? should she go for deadly wounds or not?

She hasn't had a real fight in a long time. And she can't just execute him either, she needs Cato for that.

She charged at him using the hammerhead. The moment he wanted to block this she switched the direction of the hit.

A false cut! It hit him hard. The ax blade cut in but not deep enough so he just got thrown across the room.

He stood up, Bleeding on the side. "You don't really want to do this right?", Said Justine. He looked at the floor his face full of sorrow.

"I figured, If you really want to kill me you would've had the chance a few moments ago already. And this hit right now was my last clue for this. That would've never worked."

He charged at her but not in the speed he would be able to.

She swung her oversized weapon to parry his Pata and used the rotational force to kick him again.

"Kain! your fate control always works against you then you want others to succeed. That's why no one has died yet."

He stood up and looked at her.

"That's why you didn't stab again after you stabbed the door once. That is why you weren't focused enough and got distracted!"

"Can you bring her back? Do you know where she is?", "I think you are the only one who is able to bring her back if you haven't found her yet"

Cato's voice filled the room, he was accompanied by two people wearing a cloak and under it apparently a little bit fewer clothes then appreciated.

"I guess we had you wrong in mind." Cato walked over to him and put his hand on his shoulder.

"I guess we are no longer needed then?", Justine and Cato looked angrily at the wise who said that "you stay here, for now, you wanted to visit anyways."

The school was canceled for the rest of the Day. And so all of them walked home.

"You Fucking Idiot ruined our life here now!", "I am sorry", "Fuck off with, I am Sorry, that doesn't help anyways"

As long as the wise are nearby Kain he is unable to use his ability. You can't change something that was already written.

"Kain we forgive you what you did. And we know that everything must be hard for you but you have to have your emotions together."

Said Justine after Cato scolded him for like an hour.

"I had to wait for ten years to see you again because of this Bastard. I don't forgive him that easily!"

Kain was always good-hearted but very impulsive and easily got angry often lost in one idea or action. That is since he killed his brother Abel and the discovering of their nature.

"I mean I get that you want to see her again but you know it wasn't our fault."

It must've looked suspicious to him that she was never to be seen since she went with them both on a mission.

And Kain knows exactly how she dies. But that she takes this long to be reborn is Unusual.

"Wait he is acting that way because he thinks she is still dead?", said Adam all of the sudden.

Everybody looked at adam and eve. the wise, the fortune-teller, the very first immortal in existence.

Eve continued, "I mean she was reborn a few years before Justine. In a few days, she is even really close."

Kain stood up angrily, "you knew that? and you didn't tell me?", He held Adam at his Cape collar.

"Yeah, we thought if she wanted to reunite with you she will do it. And your ability should've helped you a long time ago!"

This stopped making sense for Cato and Justine. But they never understood the wise anyways. They are like their antithesis.

"I ... I still have trouble controlling my power. I can only control it unintentionally or in intense situations."

This is where you see that the Wise are Abels and Kains Parents, They are all airheads despite their age.

"Ok, you know what? we have to talk to that anomaly tomorrow anyways and I think you want too! Just don't make any strange noises tonight and keep it quiet."

Cato added the last part especially because of the Wise.

It was the first time, in a long, so many immortals ate at one table, at least for Cato and Justine.

It was a little bit like a family reunion.

Something they should have done a long time ago.